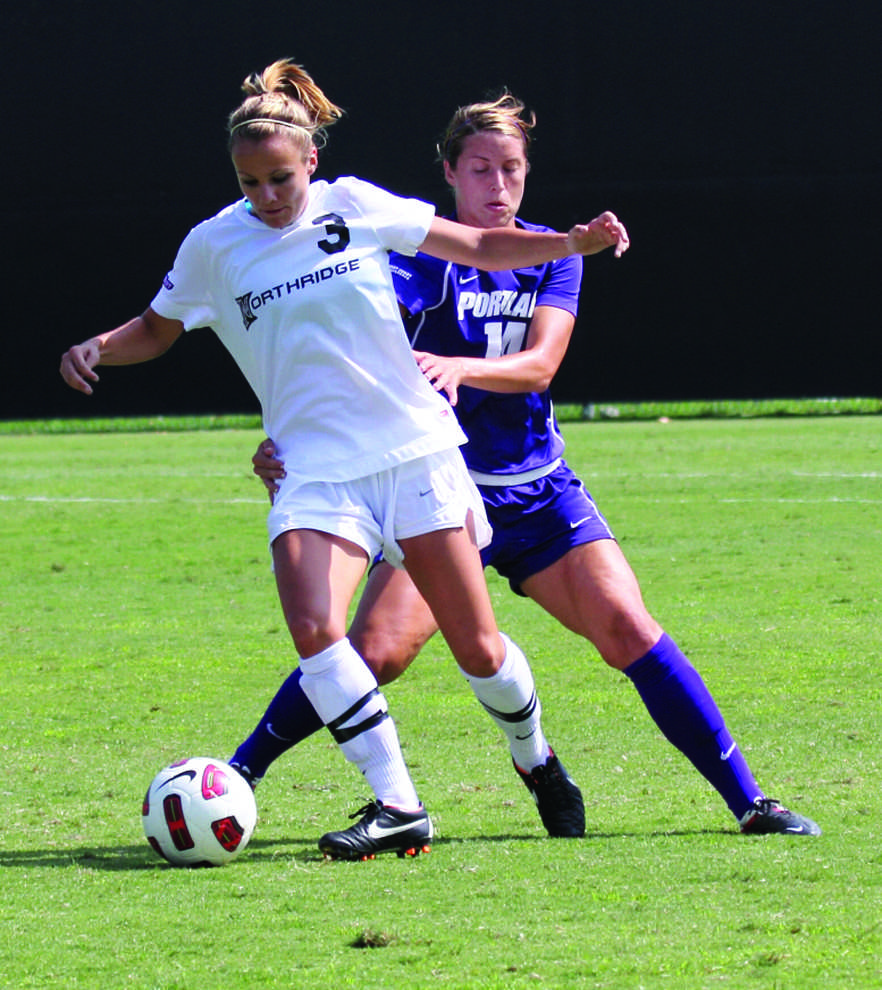 Leaders can be the best player on a team numbers-wise or they can be the player who works the hardest and inspires everyone to be better.

Farran was thrust into a leadership role this season after Farryn Townley, CSUN’s top player a year ago, left due to graduation.

“No one can replace the leadership that Farryn (Townley) brought,” said Farran, who leads the Matadors with three goals and 23 shot attempts. “She’s one of a kind.  A true leader.”

Farran has big shoes to fill. Townley is Northridge’s all-time leader in goals with 22 and is the only Matador to earn All-Big West First Team honors in consecutive seasons (2009, 2010).

After being an Honorable Big West Mention in 2009, Farran struggled last season, only scoring one goal.

However, this season Farran has bounced back by becoming a team leader.  In CSUN’s first win of the season, Farran scored two of the team’s three goals.  It was the first time she had a multi-goal game in her career.  After the game, Farran did what a true leader normally does: not taking credit for her two goals, instead giving credit to her teammates’ stellar play.

“I try to lead by example,” the business major said. “I practice hard and work hard.  I try to bring energy. When you see someone work hard and bring energy, you want to do the same.”

On the field, Farran is leading the team in points with eight and even though she is not an official team captain, she is still one of the players teammates look up to.

“She’s definitely a glue for the team,” junior forward Melissa Fernandez said. “We all look up to her and we all respect her.  She has definitely stepped up.”

Farran, a native from San Pedro, credits West with teaching her how to be a leader.

“I learned so much from Keith,” Farran said. “How to deal with different people and different personalities.”

Farran said that her leadership has grown because she tries to connect to her teammates not just as a whole, but individually.

The team’s performance on the field has not been what they expected thus far, starting the season with a 2-6-1 record, but Farran is trying to “stay positive” during this tough stretch.

Just like any other student-athlete, Farran has found it to be tough to balance everything.

“I’m just soccer and school right now,” she said. “I push everything else out.”

After she graduates this spring, Farran plans to work at an accounting firm in San Pedro and maybe coach soccer.