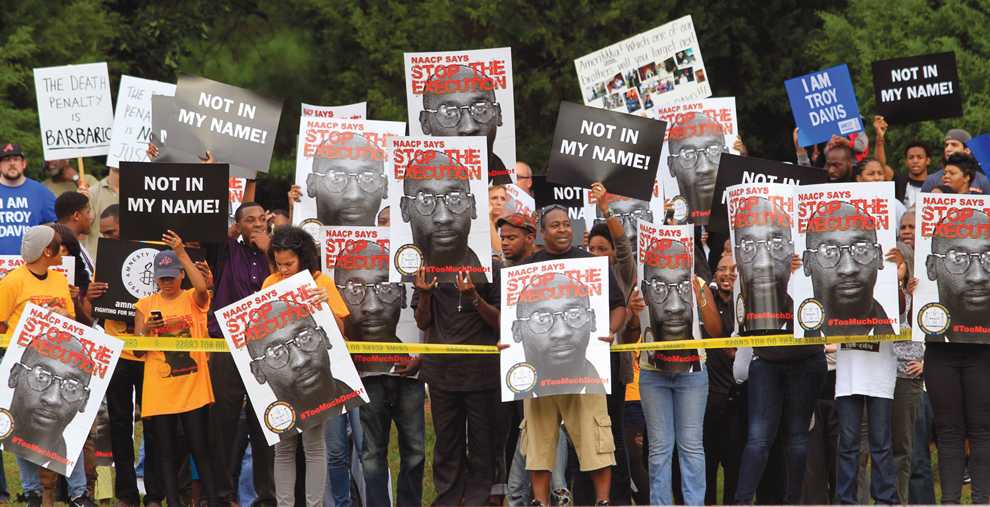 Troy Davis was executed Sept. 21 in Georgia through a lethal injection with no physical evidence of committing the crime for which he was accused.

Nine eyewitness testimonies were all that was used to convict him of killing an off-duty police officer in 1989. The law states that a person is innocent until proven guilty and this wasn’t the case for Davis. Instead, he had to fight to prove his innocence without success.

Depending on the severity and nature of the crime, the death penalty could be acceptable.  However, the unacceptable part is ending the life of someone whose guilt was in major doubt.
More than a million signatures were collected to present to the superior court proving the disagreement of the crucial unfairness which took place in Davis’ case.

When justice becomes the interpretation of a poisoned system, that’s when capital punishment should be restricted from use. According to the world’s largest human rights organization, Amnesty International, most witnesses who testified against Davis later recanted.

Executing someone should not be so easy and simple.  Instead, it should only be used in murder cases with solid evidence that convicts the suspect.

In the Davis case, neither Davis’s fingerprints nor a weapon was found. When there is the slightest doubt in a murder case, capital punishment should not be an option.

There is the argument that states capital punishment should never be performed on any human regardless of the brutality of the murderer, and instead the convict should be placed in jail for life.
Executions should continue to take place in courts across the world. No one has the right to kill anyone and not get an equivalent penalty.