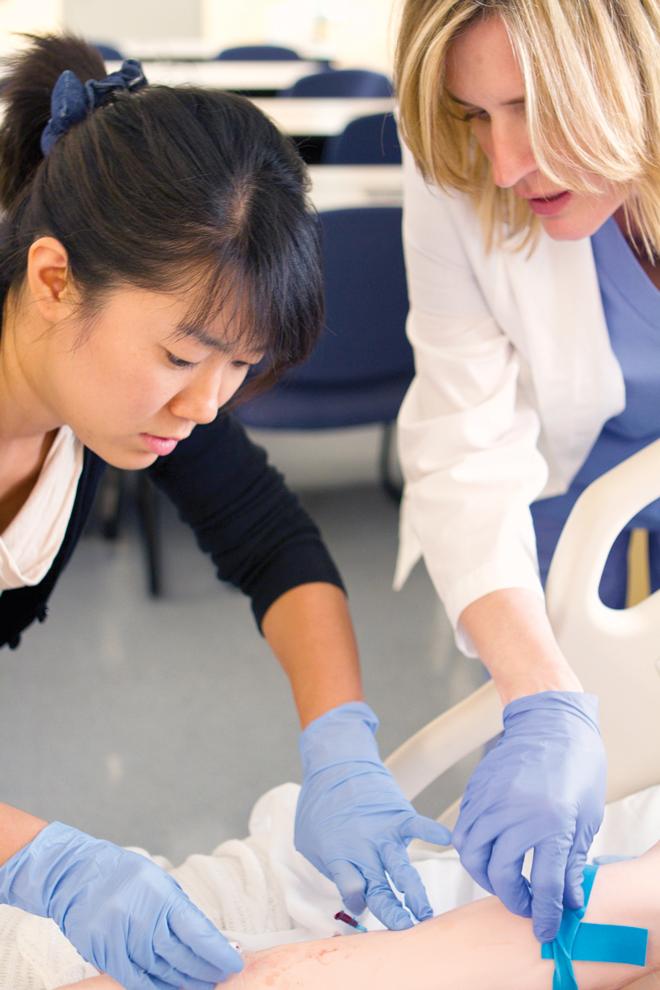 CSUN is now home to an official nursing department, after a July upgrade from the program’s previous status as a subsidiary in the College of Health and Human Development.

“The new nursing department gives us more visibility,” said Department Chair Dr. Marianne Hattar-Pollara, who submitted the proposal to the provost in January. “We stand on our own instead of being part of someone else’s department. It also gives the nursing program resources to address needs of the field directly.”

Until the department was approved in July, it was the only nursing program in the 23 schools of the California State University system without its own department, according to csumentor.edu.

“Like any other discipline, nursing is being strongly affect(ed) by the economic downturn,” said Dr. Martha Highfield, a full-time professor within the department. “Experienced nurses can find jobs, but new nurses just starting out are having more difficulties. Hospitals are suffering and can’t hire new graduates like they used to.”

With more people unemployed and losing health insurance because of it, Highfield said, they are putting off elective operations they might have gone to a hospital for. With fewer patients, the hospitals cannot afford to hire more nurses.

“It’s a little surprising, there was some concern that lab technicians and related specialties might be getting into shorter supply,” she said. “There will probably be a surge in demand of long-term care as the population ages.”

CSUN’s nursing program was etablished in 1993, and offered an accelerated degree in nursing, Bachelor of Sciences in Nursing (BSN), through an15-month program. It also offered training for students who are already Registered Nurses (RN) but still want a four-year degree.

“The actual coursework isn’t different now that we’re officially a department,” said Dr. Mary Pacquette, psychiatric nursing specialist and one of three full-time faculty in the department. “We are now in a new position administratively. We have authority over our own resources and budget.”

The only modification to the curriculum changed requirements to comply with accrediting bodies, but classes have not been affected otherwise, said Hattar-Pollara.

The change in status also allowed for a change in location.

The new department office, Jacaranda 2515, employs two staff members, who must keep up with all the work required to run the department.

“It’s a lot of work and it’s very time-consuming,” said Pacquette. “But it will be worth it because we get to distinguish the department from the ground up.”

The department is also trying to establish a graduate studies program, Pacquette said, but it has not yet been approved.

“Over the long haul, though, there is no question in anyone’s mind that nursing is a good, stable career to invest in,” Highfield said. “People don’t have less health problems than they did a few years ago. If anything, there are more.”

The expected increase in demand for nurses is just another reason the new department is beneficial to the community, and admission into the field is competitive.

For the fall 2011 semester, 25 of 36 seats were filled in the 15-month accelerated BSN program, Highfield said. All 60 applicants from the RN to BSN program were admitted.

The department has not yet noticed an increase in students, but they are already impacted, said Hattar-Pollara. Applications for admission to the program begin in October.