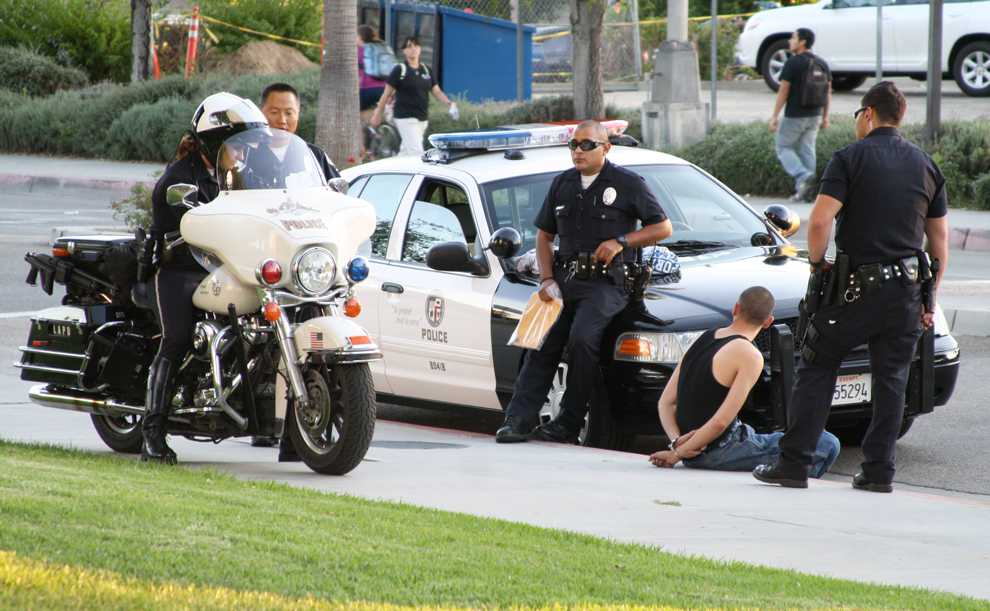 A juvenile suspect stole a tan Mercury Marquis which he left in gear on Norhhoff Street and Lindley Avenue on Thursday. The suspect then ran off onto campus where he got caught. Photo Credit: Mariela Molina / Visual Editor

Police apprehended a suspect who ran across six lanes of traffic and onto campus Thursday after leading police on a car pursuit.

An LAPD motorcycle officer attempted to pull over an erratic driver near Nordhoff Street and Etiwanda Avenue at about 5:45 p.m., said Captain Kris Pitcher of Devonshire LAPD.

When the responding officer ran the suspect’s plates, they came back as code 37, or a stolen vehicle, Pitcher said.

The suspect, a minor wearing a dark tank top and blue jeans, left the vehicle in gear and ran onto CSUN’s south campus near Nordhoff Hall, said LAPD Officer Olsen, who attempted to pull over the suspect and who began the foot chase.

The stolen tan Mercury Grand Marquis, with a “Santa Clarita Valley MAGIC” license plate frame, rode onto the curb and into a street sign.