Ten arrests made during Big Show 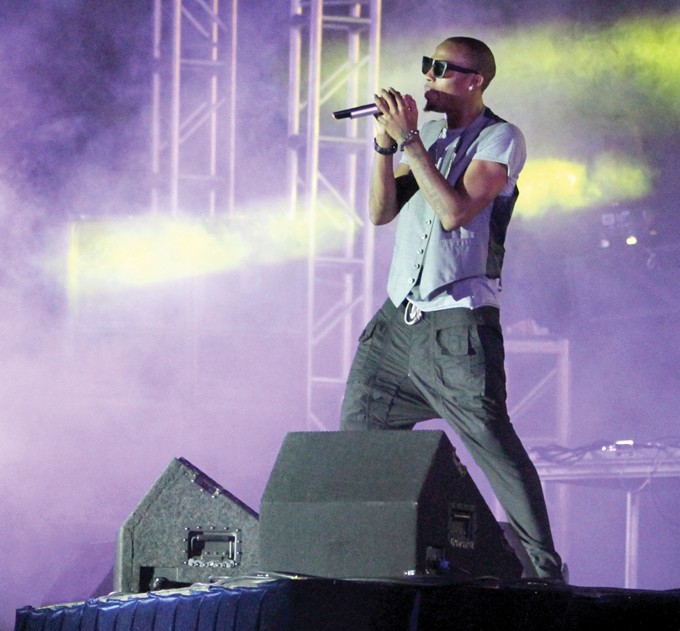 B.o.B. performs at the Big Show at CSUN on Saturday. Other artists who performed were The Cataracs and Kreayshawn. Photo Credit: Tessie Navarro / Visual Editor

Ten arrests were made at Saturday’s Big Show, which increased law enforcement presence to keep an eye on the over 8,000 people who attended the annual event.

Reasons for the arrests include public urination, public intoxication and the use of marijuana, said  CSUN Police Chief Anne Glavin.

“We made our rules very clear this year,” Glavin said. “We have zero tolerance for alcohol.”

“We are looking for individuals who come to the show and you can tell they have been binge-drinking,” VanScoy said. “Those tend to be incomprehensive and might even drop and hit the pavement.”

The arrests took place outside of the eight-foot fences surrounding the outdoor concert, he added.

Those arrested were booked by CSUN police, then released to sober friends or family, VanScoy said. If no one could  escort them, arrested individuals waited until they sobered up to be released.

The Big Show cost about $275,000 after Associated Students shelled out an additional $26,000 the week before Big Show to comply with new safety mandates, inspired by last semester’s Matador Nights brawl.

“I had second thoughts attending this show,” said Dunia Regina, Van Nuys resident who attended the show with a friend attending CSUN. “I was afraid the show might go out of control with a crowd like this (but) I actually feel safe here.”

Glavin said this year’s changes in the security, such as opening more lines for security check-in, opening doors to the event later and implementing a zero tolerance policy regarding alcohol, made a noticeable improvement.

“This year appears to be much better,” she said.
Security aside, concert goers focused on the  performers, including B.O.B., Kreayshawn and the Cataracts, who took the stage after a 16-hour flight from the United Arab Emirates.

“We canceled all our shows to close with you,” they said to the crowd.

A CSUN ID was required to purchase a Big Show ticket for $10, up from $5 last year.

“Today should be like a get away from school,” said Oscar Gutierrez, volunteer photographer. “Let’s have fun on a Saturday.”

Samantha Lopez, 19, said the show was great, but she was disappointed with the audience.

“This audience needs to be more lively and more into the beat of the music,” Lopez said.