Psycotropic drugs like caffeine in coffee should not be regulated 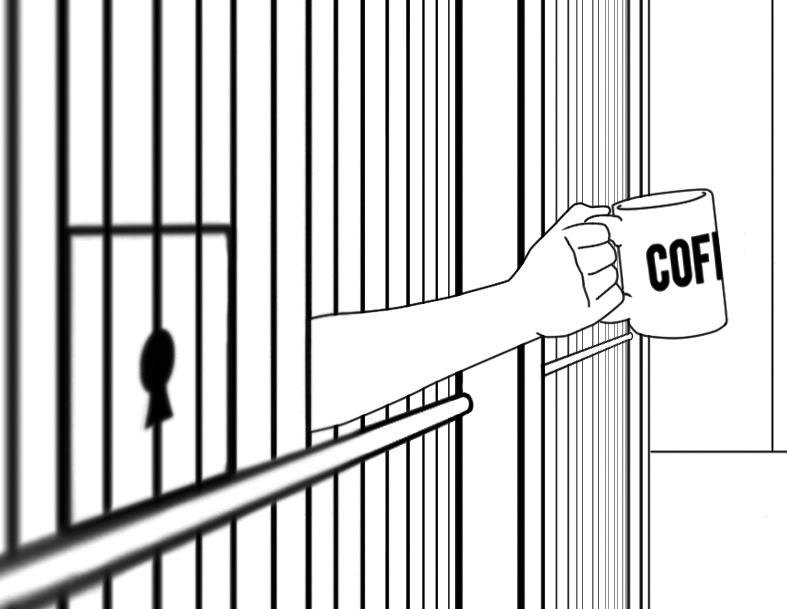 America’s strict policy concerning psychotropic (mind altering) drugs has been raging since the 1980s when the “war on drugs” was declared. Substances such as cocaine, ecstasy, crystal meth and heroin have all been declared illegal for their dangerous and addictive properties.

Similar drugs, namely alcohol and tobacco, are legal but regulated by the government for commercial use. But the most common drug of all, which is unregulated and potentially just as dangerous as the others, is a stimulant 90 percent of American adults consume daily: caffeine.

Whether consumed through coffee, tea, energy drinks or soda, Americans have easy and unlimited access to caffeine, but is our government’s policy too lenient? Should caffeine be treated like other psychoactive drugs and be regulated, or even banned?

The policy we currently have on caffeine is adequate, and it shouldn’t change for many reasons. Firstly, although caffeine may be dangerous in large doses, there have only been four documented cases of caffeine deaths since 2007. That’s about 500 times less than the number of Tylenol deaths per year.

Secondly, caffeine addiction doesn’t pose much of a threat. People who are addicted will have mild withdrawal syptoms when the drug isn’t present in their system. The symptoms, which resolve within 2-5 days, include lethargy, headaches and sleepiness.

“Sure, caffeine is addictive,” said Doctor Mark Stevens, director of university counseling services. “But you have to look at the consequences of the addiction. The physical aspect is nothing more than having headaches for a while.”

Lastly, while the symptoms of caffeine overdose, which include confusion, fever, hallucinations, convulsions, irregular heartbeat and even death are similar to that of stronger substances, the amount of caffeine needed to achieve such fatal levels far exceed that of illegal drugs.

It takes an excess of 5 grams of caffeine for the average person to overdose, and since a cup of coffee is contains about 60-100 milligrams of it, someone would have to ingest over 50 cups at the same to overload themselves to the point of death. Not very likely.

For some, the benefits of caffeine greatly overpower the drawbacks.

“If taken in moderation and without prior health concerns, caffeine has plenty of benefits,” said Stevens. “Users get more blood flow in to their brains which leads to heightened alertness, concentration, and it helps people focus on tasks without getting distracted. There’s also a social interaction centered around caffeine. People get together, drink coffee, and socialize, and that’s always good.”

At the front line of the war on drugs, it’s important to remember that the “drugs are bad” mantra is far from universal.