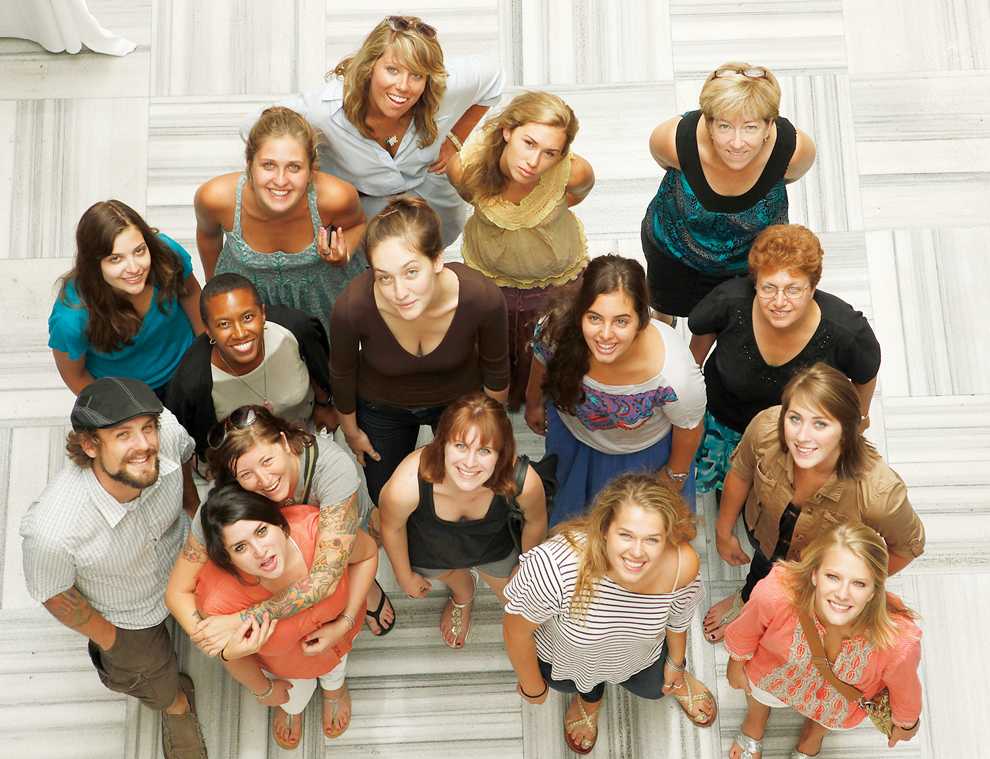 Four days into my trip to Istanbul, and it was time for my study-abroad program to begin. My classmate Liv, whom I met on my first day due to us staying in the same hotel, loaded our things into a van and made our way to the dorms that were to be our new home for the next month.

We were to share the dorms with 12 other girls, ranging in age from 19 to 27, and then me, age 33. Needless to say, I was nervous about meeting all the girls, and even more nervous about living with them for the next month. I like to think that I am easy going and able to get along with anybody, but my new living situation had me feeling a little bit on edge.

The dorms were located in the Besiktas neighborhood, about three blocks from the Bosphorus waterfront and from Bahçesehir University, where we were to spend the next month studying. The dorms were surprisingly nice and comfortable, and the location was ideal. Besiktas quickly became one of my favorite neighborhoods in Istanbul.

The girls and I had a couple of days to get settled, to adjust to our new surroundings and to get to know each other before school started up. There was a kitchen with a balcony on the top floor of our dorm, and many nights were spent there drinking, smoking and talking. As to be expected, we were an extremely interesting mix coming from different backgrounds, cultures, family structures — and each of us carrying different ideas, hopes and expectations.

Much to my relief, I found the girls to be endearing, lively, funny and motivated – all qualities that I like to think I possess, as well. As time progressed, I found my niche among the girls, growing close to a handful of them and happily getting along with the rest. As someone who usually travels alone, this was a whole new dynamic for me, but I grew to love it.

A couple days after moving in, we set off as a group for our first day of school. I was nervous, excited, intimidated and curious all at once. Walking on to a new campus for the first time in my own town can be intimidating, and this was even more so in an entirely different country.

Our first day of school was not at all what I expected. The schedule consisted of classes from 8 a.m. to 3 p.m. Monday though Thursday. We had a Turkish language class in the morning, followed by international reporting, and then our multimedia class. Due to having such limited time, we were instantly thrown into our assignments. Our story ideas were quickly laid out and discussed, we were introduced to interpreters and immediately sent out to “hit the pavement” and start reporting.

Everything about my education in Istanbul was new. I had never studied in another country. I had never worked with an interpreter. I had never shot and produced a multimedia piece. I have never conducted an interview with someone who didn’t speak English. I was in totally new territory. There were times when it all seemed so overwhelming and impossible, but the support and encouragement of my classmates and instructors helped me to keep pushing ahead.

By the end of the program, I had done work that made me extremely proud. I had written a profile piece on the director of a small nonprofit organization, called Children of Hope, which works to help get kids off the streets. I had also shot and produced my first ever multimedia piece about a pantomime street performer named Janset Karavin, which I am the most proud of, by far.

I learned so much from my study-abroad experience. I gained new skills, I further developed the skills I already possessed and I produced work that I was proud to put my name on. But I think the most valuable lesson I learned was that I am on the right path, and that my dream of being a foreign correspondent is absolutely attainable. Istanbul taught me that not only can I do what I love, but that I am good at it, too.