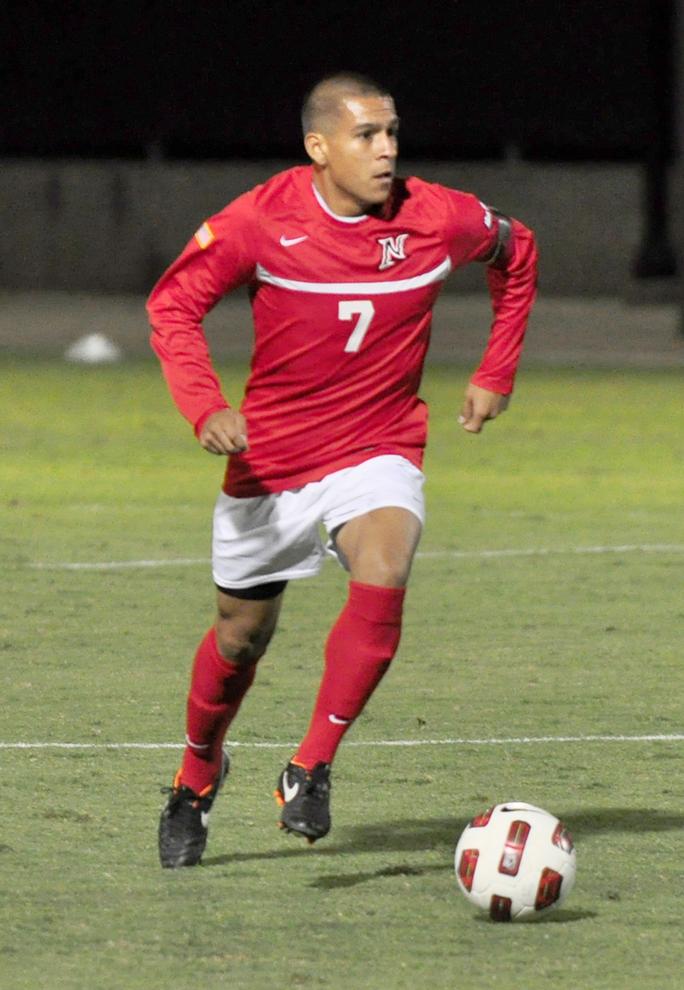 With four games under his belt since returning from a left knee injury, redshirt senior midfielder Rafael Garcia said he’s “90 percent healthy,” but the CSUN men’s soccer team (5-4-1, 2-0 Big West) appears to be playing at full strength with its co-captain.

“It’s hard coming off a month of no activity and jumping in right away,” said Garcia, who missed six games after sustaining a meniscus tear in a preseason game against Cal State Dominguez Hills Aug. 20.

However, on the field, it doesn’t seem as if Garcia is having a tough time adjusting to the game speed. Garcia is averaging around 70 minutes per game and has scored two goals, both in a victory over Big West Conference-foe UC Davis last Wednesday.

With Garcia in the lineup, the Matadors have been playing their best soccer of the season. After a home loss to SMU on Sept. 23, Garcia’s first game back, CSUN started a three-game winning streak, scoring three goals in each game.

The Matadors went 2-3-1 while recording only 10 goals without Garcia, but with the Canoga Park native on the field, CSUN has gone 3-1 and found the back of the net nine times.

Following Northridge’s win over Cal State Fullerton Saturday, CSUN head coach Terry Davila had a serious look during his postgame interview, but when asked if Garcia’s presence was the main reason for the Matadors’ recent success, Davila’s face lit up.

“That’s a good question,” a smiling Davila said. “Rafa (Garcia) is a good team leader. He has the ability to make other people around him better without even touching the ball. It gives our team confidence … he’s a coach on the field. It’s good to have him on our team.”

Turnaround season
The Matadors already have as many conference wins as they totaled last season (2). Davila is quietly enjoying the early success.

“I forgot what it’s like to win in the Big West after last year,” said Davila, who suffered through a last-place finish in league play for the first time since joining the Matadors 13 seasons ago. “Last year felt like a decade. To get these two wins, I’m very ecstatic and relieved that we’re getting it.

“I realize how special it is to get a Big West win.”

Last season, the Matadors won their first conference game and got a tie in the next one. Then the wheels came off. CSUN went on a seven-game losing streak and finished the year with a 2-7-1 Big West record (3-14-2 overall).

Midfielder Carlos Benavidez, who was part of that dismal season, said the Matadors’ strong play of late will give them confidence when it’s time to face the top-tier teams in the league.

“There wasn’t much to say about last year, except that we weren’t producing,” Benavidez said. “Now, we’re a lot more confident, but we still have to remain humble.”

Benavidez, the award-winner
Benavidez’s three-assist performance in the win over the Titans earned him Big West Offensive Player of the Week honors Monday. His three helpers were tied for second-most in an NCAA game this season.

Benavidez leads the Matadors in assists with six, the most by any player in the Big West this season.