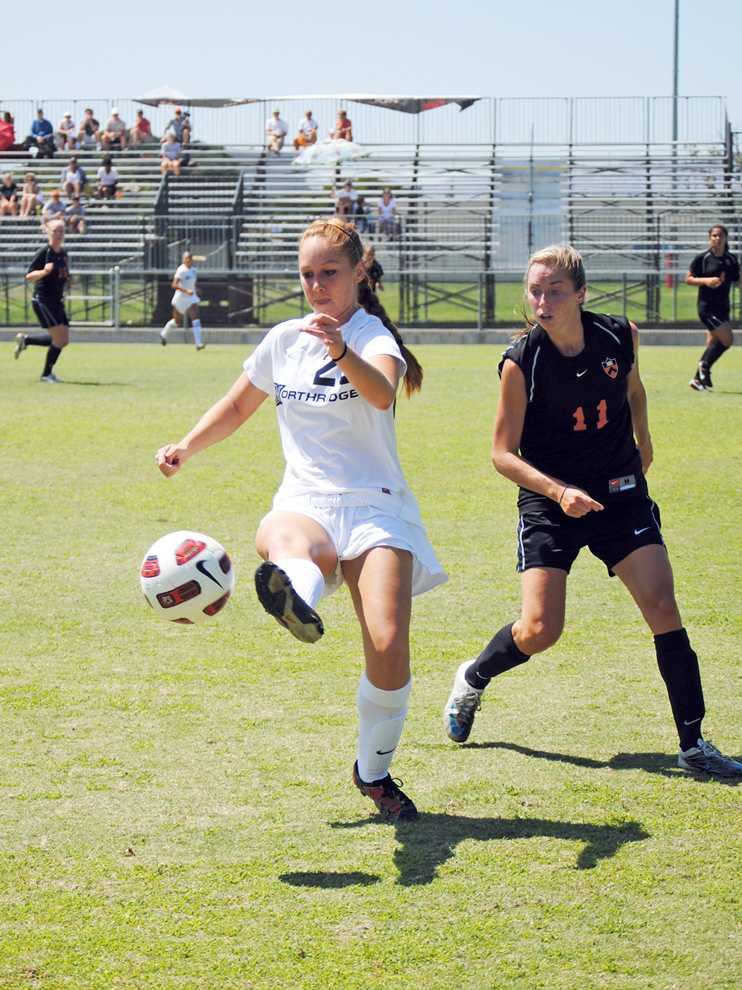 With a strong first week of Big West Conference games behind it, the CSUN women’s soccer team is looking to continue its success with home matches against Cal Poly Friday and UC Santa Barbara Sunday.

Junior goalkeeper Cynthia Jacobo had a total of 11 saves in both games, including a season-high seven stops against Pacific. After her stellar play, Jacobo was named Big West Conference Defensive Player of the Week Monday and made her way up the CSUN record books. She is now fourth in school history in saves, passing former Matador Leah Elliott. She’s also second in school history with 19 career wins, breaking a tie with April Cline.

The Matadors’ offense did thier part as well.  Senior forward Heidi Farran scored two goals to bring her season total to five. CSUN had 31 shots – with 14 on goal – in the first two conference games.

Cal Poly has scored 22 goals for the season and has allowed a conference-high 24 goals. They are averaging 1.69 goals per game and 11.6 shots per game.

Senior midfielder Tiffany Gummow is leading the Mustangs with seven goals, which ranks her second in the Big West,  and freshman forward Sara Lancaster has five goals.

Senior goalkeeper Brooke Gauvin has played and started in all 13 games for the Mustangs. Gauvin has 55 saves and two shutouts this season.  Gauvin is seventh in the conference with a save percentage of .696.  Gauvin is also tied for third with 4.23 saves per game.

The Matadors’ weekend continues against UC Santa Barbara on Sunday at 5 p.m.

UC Santa Barbara has given up 19 goals in 14 games.

The Matadors will continue their three-game home stand next week when they face Long Beach State for the first time since the 49ers beat the Matadors in the 2010 Big West tournament.