Emergency alerts delayed for some students, faculty and parents 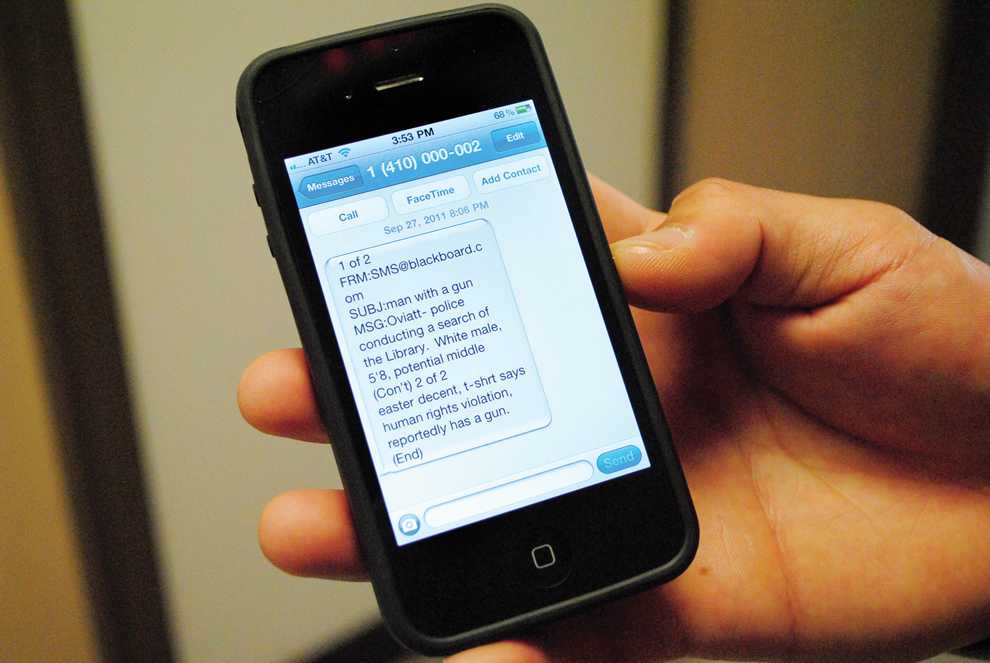 The first of many emergency notification texts students, professors and staff received from CSUN on Tuesday, September 27. Many, like Jaiseth Caraan, communications major, 24, did not recieve their texts until later on that night. "At first i was like, 'Oh, here's CSUN hitting me up again,' but I appreciated it." Andres Aguila / Daily Sundial

Emergency alerts warning students, faculty and parents of a possible gunman on campus last Tuesday were sent around 11:45 a.m., over an hour after police were notified. However, some people admitted to not receiving the message until later in the day, if at all.

CTVA professor Thelma Vickroy said she didn’t receive her alert through SMS, or text, until 2:26 p.m., almost three hours later than other members of the campus community.

“I was notified because my students’ parents started calling my students,” said Vickroy, who was in class when the first alerts were sent out.

Vickroy signed up to receive SMS messages instead of having voicemails sent directly to her cell phone. Although she received a voicemail to her office that was forwarded as an email to her phone, Vickroy said she was not inclined to check her email or office phone during class time.

Deaf studies major Alyssia Johnson never received the first alert. Though her phone was off during class, when she turned it back on, Johnson said there was no message until an update at 3:30 p.m..

Vickroy holds a contract with AT&T and Johnson with Verizon, and campus police spokeswoman Christina Villalobos said this problem may be attributed to those companies.

“A lot of what we have learned and see from Blackboard about text messages and delays depends on the carrier,” she said.

Villalobos said she has never heard of delays of messages hours after being sent, however, she did say that some of the police staff’s messages came several minutes or seconds apart.

The decision to send out an emergency alert depends on the information the police are given about a particular situation, Villalobos said.

The campus was not notified to lock their doors during the Sept. 27 incident, but there is safety information posted around CSUN in case of an emergency.

On some college campuses, such as San Diego State University, there are emergency procedures posted in classrooms that display what should be done in different situations, including an active shooter, fire or earthquake on campus.

In Southern California, there are also annual emergency drills, including one this month as part of the Great Shakeout, a nationwide earthquake drill.