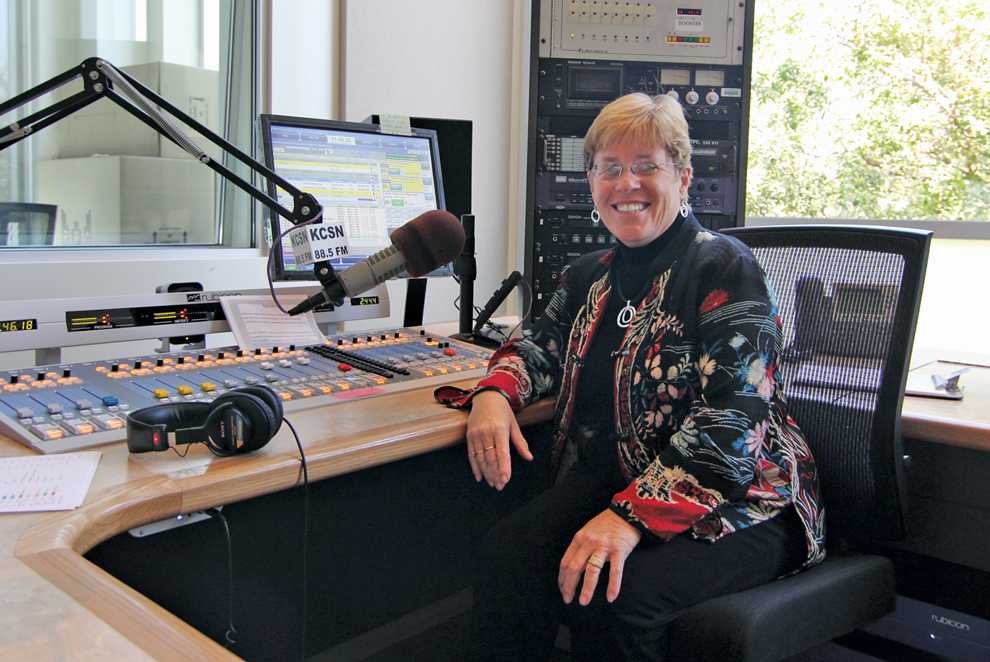 Clarification:  The classical KCSN format was struggling due to a lack of federal funding, which resulted in changing the format from classical to triple A, and hiring Sky Daniels as program director in June to spearhead the new format.

KCSN 88.5 FM will begin taking on-air donations on Oct. 14 in order to keep the noncommercial, public station up and running.

The cross-platform, contemporary radio program has been struggling since last year after losing federal funding.

From Oct. 14 – 23, the station will stop its regular programming four times each hour to solicit donations from listeners, said Karen Kearns, KCSN general manager. Donations also will be accepted on the KCSN website.

The pledge drive is done twice a year, Kearns said.

KCSN is hoping it can collect more than it did during its spring pledge drive, which brought in about $60,000.

“We no longer receive funding from the Corporation of Public Broadcasting (CPB), at all,” Kearns said. “Our funding mostly comes from donations and some sponsors.”

KCSN lost CPB funding in 2010 because they did not meet the minimum requirements in audience and fundraising, according to the KCSN website.

A lack of funding resulted in the loss of weekday hosts and a change in programming, from classical to Triple A, Kearns said.

“I just hope the change didn’t make us lose some of our loyal listeners,” Kearns said.

CSUN supports KCSN by providing their location and paying salaries, but does not cover the cost of run and maintaining programing, equipment and telephones, and bills, said Kearns.

“I have to pay rent for two antennas as well,” Kearns said.  “The antenna at our Oat Mountain station reaches San Fernando and Santa Clarita and our booster antenna to reach the west side.”

“We’ve heard from about 40 people who have just signed up, and they are continuing to sign (up), so that’s great news,” Kearns said.