W-Vball: Matadors’ third-set loss their undoing in defeat at Pacific 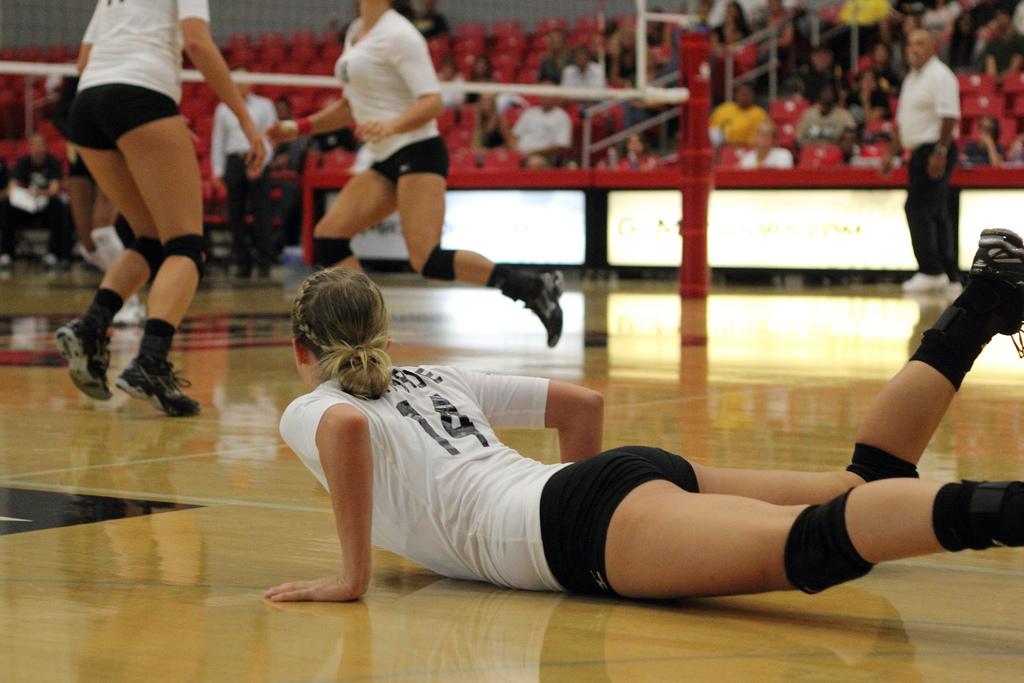 The CSUN women’s volleyball team (8-8, 2-2 Big West) responded strongly following a first-set loss and looked like it’d take the lead in the third against Pacific at the Spanos Center, but a furious comeback by the Tigers (11-7, 2-3) proved to be too much as the Matadors dropped a 3-1 Big West Conference decision Friday night.

Following a 25-22 loss in the first set, Northridge answered with a determined second set and won 25-17 to even up the match. The dominance continued in the third set as the Matadors went ahead by as many as seven points (14-7).

However, the Tigers came roaring back. Pacific went on a 13-3 run to put the Matadors on the ropes. CSUN had a 3-0 run of its own to knot things up at 20-all.

What ensued was a back-and-forth battle that saw the teams go into the 30’s in extra points. A Natalie Allen kill gave the Matadors a 33-32 lead, but three consecutive points by Pacific gave the Tigers the match, 35-32.

The fourth set was one to forget for CSUN. The Matadors scored the first four points only to have Pacific score the next six. The score was 11-9 Pacific before the Tigers went on a 14-2 run to finish off CSUN with a 25-11 win.

Outside hitter Samantha Misa led the Tigers with 20 kills. Allen had 13 kills and middle blocker Casey Hinger added 12 for the Matadors, who hit .137 for the game in contrast to Pacific’s .168.