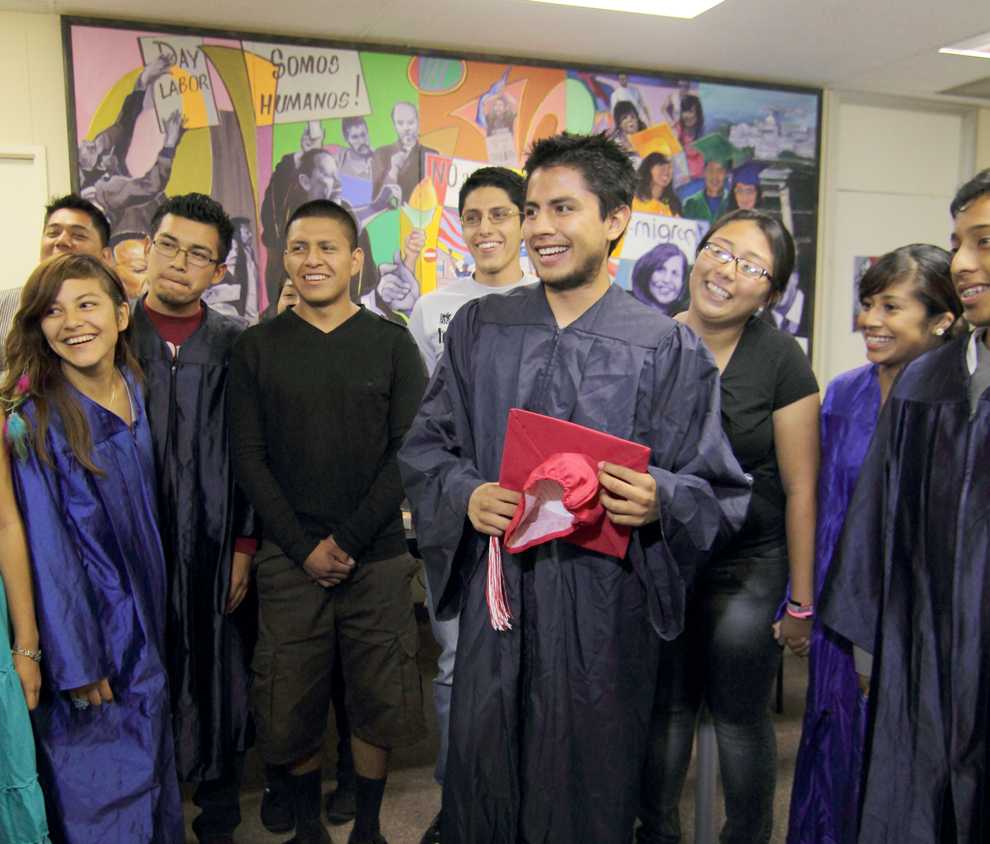 Mario Castillo stands with a red cap and blue gown to celebrate the passing of AB 131 with fellow interns at the Coalition for Humane Immigrant Rights of Los Angeles on September 2, 2011. The California Dream Act was signed into law Saturday by Gov. Jerry Brown. Simon Gambaryan / Daily Sundial

AB 131, the second part of the act, will give these students access to Cal-Grants and other state funded programs beginning in 2013, according to the LA Times. They will also be eligible for institutional grants at any University of California and California State University, and a permit to receive a fee waiver at community colleges.

Eligibility for these funds is restricted to students who have graduated from a California high school after attending the in-state institution for at least three years, show that they are applying to legalize their status and show financial need, according to the LA Times.

Gov. Brown fulfilled a campaign promise to give eligible students access to college, despite immigration status, by signing the Dream Act.

AB 540, passed in October 2001, which allows undocumented students to pay in-state tuition, inspired the Dream Act. Since then a federal Dream Act has been discussed, but fell 8 votes short during a Senate vote in 2007, according to the United States Student Association.

A UCLA study concluded $3.6 trillion could have been made if the federal bill was passed 40 years ago.