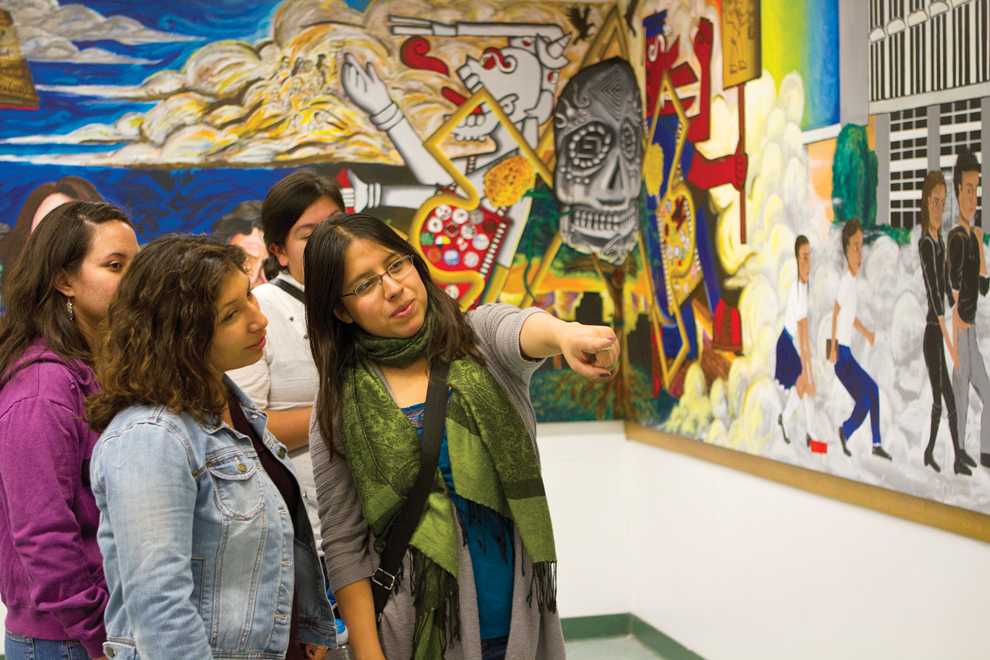 The mural in Jerome Richfield Hall room 130, was dedicated to Chicana/o studies teachers and faculty members who had died. Attendees shared stories and memories of those they lost.

The mural project began about a year ago when senior Daniel Santana-Hernandez, Chicana/o studies and history major, took his idea of painting a new mural to the head of the Chicana/o studies department, David Rodriguez.

Once approval was granted, Santana-Hernandez and three other students – CSUN alumni Carolina Alcala, and seniors Elvia Aguirre and Juan Carlos Muñoz – began to put his plan into action.

During the past year, both the Chicano Studies department and its faculty have shown their support for the project with as many as 40 students participating in the mural’s creation, Santana-Hernandez said.

The colorful mural takes up two of the classroom’s walls and weaves an intricate story about the evolution of Mexican-Americans and the struggles they have faced, both as students and as a community.

Friday’s unveiling ceremony was held outside of Jerome Richfield Hall in the late afternoon. There were as many as 50 students and faculty members in attendance. During the ceremony, faculty and students said a few words about the mural, the department and faculty members who died and whose portraits have been incorporated into the artwork.