What it means to come out as LGBT 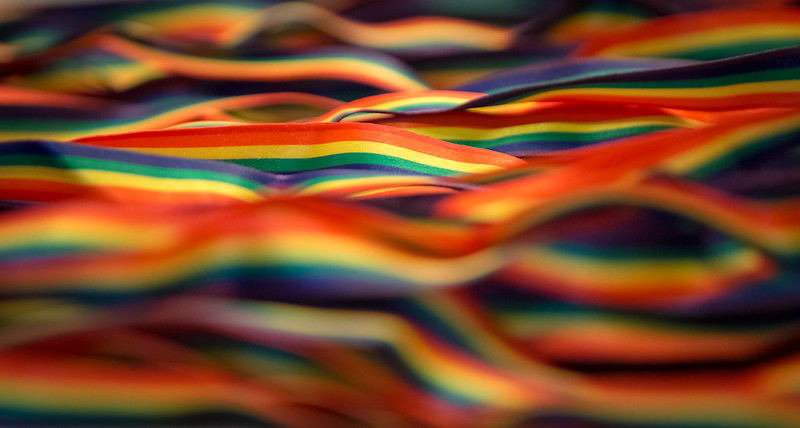 National Coming Out Day, an annual celebration in the lesbian, gay, bisexual, transgender (LGBT) and queer community meant to embolden those in the closet to “come out” to family and friends.

National Coming Out Day was created in 1988, the brainchild of personal growth workshop leader Rob Eichberg and then-head of the National Gay Rights Advocates Jean O’Leary, as a collective response to Reagan era anti-gay politics, according to the Human Rights Campaign website.

“To this day, National Coming Out Day continues to promote a safe world for LGBT individuals to live truthfully and openly,” according to the Human Rights Campaign website.

“I’m never just one or the other,” said Alex Koontz. In his words, this statement has wrung true through multiple aspects of his life. Being half white and half Mexican, rebelling against strict Catholic teachings but still believing in Jesus, and feeling both feminine and masculine left him always feeling in the middle of things.

The first time Koontz came out, it was as a lesbian.

“By the end of high school I thought to myself, ‘no, I don’t like boys. I like girls,’” said Koontz. “‘But I’m female-bodied, so I guess that makes me a lesbian.”

During the beginning of his time at CSUN, Koontz presented himself as a lesbian and came out to his mother as such. But by the spring of 2010, he had begun questioning his identity.

“There were definitely behaviors and traits of mine that I classified as masculine and others that were very feminine and I thought, ‘I’m going insane!’” said Koontz. “It was this internal struggle…very much something that I had inside my chest that I thought was going to explode.”

When Koontz began going by his middle name, Shelton, to appear more androgynous, he still felt limited and was still perceived as a woman. When he came to terms with his transgender male identity, he said that finding his name, Alexander, felt “like being home.”

“The first semester [after coming out as trans and changing pronoun preferences] was a pain in the ass for everybody,” he said. “It was something new. I had learn it. I answer to three different names at school, home and work. It’s almost like acting.”

Koontz, a founding brother of CSUN’s chapter of Gamma Rho Lambda, was thankful for the help of his sorority sisters in the coming out process, but says that coming out to his mom was a whole different story.

When Koontz told his mother that he wanted to transition from female to male by taking testosterone and having sex reassignment surgery, she said she could not watch him go through all those physical changes.

“So we kind of didn’t talk about it,” said Koontz. “(But) a way of her learning how to accept it was to joke about…every time my mother makes a Chaz Bono reference I feel like it’s her way of coming to terms with (my identity).”

“I had been doing my best to act like a guy,” said Guerrero. “I cut my hair short, I wore boys clothes all the time. I had been in the closet for almost two years at that point and I was tired of it.”

When the time came for Guerrero to explain to his sisters that he was going to be transitioning from female to male, he talked to them gently about how he dressed like a boy and was sometimes mistaken for their brother, easing into the dinner table discussion, when his 8-year-old sister cut him off:

“You want to be our brother?”

Neither of Guerrero’s sisters had a problem understanding his transition, he said.

“That night my youngest sister said, ‘goodnight, Daniel’ and gave me a hug and a kiss like normal,” Guerrero said.

When Hugo Valencia enlisted into the Army he was 17 years old.

“I didn’t know much about my own sexuality. I didn’t think Don’t Ask, Don’t Tell was a big deal,” said Valenica. “I thought I would just keep (my sexuality) to myself and it would be easy.”

However, he became increasingly uncomfortable.

“As time went by, I started to realize that I was surrounded by so many people who constantly talked about their experiences,” he said. “I couldn’t talk about my own, so I had to just keep everything bottled up.”

“As time went by, I started to realize that I was surrounded by so many people who constantly talked about their experiences,” he said. “I couldn’t talk about my own, so I had to just keep everything bottled up.”

Valencia felt that keeping quiet about his sexuality inhibited his ability to create a sense of camaraderie with his colleagues, but he would come out carefully to those that he did become close friends with.

“Prior to them knowing I was gay, they would make comments that were often hurtful, even from the upper ranks,” said Valencia. “I couldn’t say anything to defend myself, it would have been kind of a confirmation. I was afraid of losing my job. I would have no money to pay for school. I would lost the right to wear my uniform.”

This past September, the military’s “Don’t Ask, Don’t Tell” policy, which discharged gay and lesbian service members who made their sexuality known, was repealed after 18 years.

“With this whole repeal,” said Valencia, “it’s kind of hard to adjust because the last five years I’ve been having to switch mentalities from being totally me to having to go back into the closet whenever I got back on duty.”

For Valencia, who is the current president of CSUN’s LGBT Alliance, the repeal of the policy is a victory, but still hard to adjust.

“The last time I was in drill…I suddenly thought to myself, ‘woah, I’m wearing my uniform, but I don’t have to hide who I am,’” he said. “It’s just hard to come out and just say it now, so I just have to slowly adjust to this new change.”

Although not all LGBT and queer people come out on Oct. 11, the day does have a significance to many.

“It’s an important part of being queer,” said Daniel Guerrero, reflecting on the story of coming out to his sisters. “It’s a thing we all have in common. A day is important to remind us what we’ve been through, give support to those who haven’t been through it yet, and tell people who aren’t in our community what it means to us.”

“My freshman year (of high school), I had a huge crush on John,” said Bryan Rodriguez-Saringo.

“And I remember seeing Bryan by the band room and thinking (he) was so cute,” said John Saringo-Rodriguez, Bryan’s domestic partner.

Though Bryan and John went to the same high school in Oxnard, Calif., they came out at separate times and did not begin dating until long after graduation.

“My sister Joyce, said she still loved me and supported me and she kind of already knew,” said Saringo-Rodriguez, “Then there was my dad.”

Saringo-Rodriguez decided to tell his father that he was gay spontaneously on an afternoon without any prior preparation.

“I put on the most butch thing I could wear right before I spoke to my dad,” said Saringo-Rodriguez. “I decided to wear my tennis varsity letterman.”

When he told his father he was gay, he recalls his father’s eyes widening and responding with, “you want to be a girl?”

“I don’t want to be a girl,” said Saringo-Rodriguez. “I’m happy being a man. I want to have sex with a man. I want to love a man. No one put it in my head. I’ve accepted it and there’s no possible way I could change.”

When Saringo-Rodriguez asked for acceptance, his father said that while he accepted his sexuality he did not agree with it.

“For some reason I was happy with that statement,” he said. “It felt like it was a start. It was something I could work with.”

For Bryan Rodriguez-Saringo, understanding what he felt was expected of him as a Catholic Latino man was difficult.

“I was slipping into depression because I wanted to tell my parents something so bad and I couldn’t,” said Rodriguez-Saringo.

He came out to his mom by revealing that the girlfriend he had been talking about with her was actually a boy. While it took her a while to comprehend, Rodriguez-Saringo said that his mother then understood why he had been so depressed, and they sought psychiatric help. With the help of a therapist, Rodriguez-Saringo came out to his immediate family one at a time, starting with his sister.

“The first reassuring sign of acceptance from anybody in my family was when (my sister) hugged me and said, ‘brother, I still love you,’” said Rodriguez-Saringo.

When he decided to tell his father about it two or three months later, he was surprised at his proactive approach to the process.

“He immediately started engaging me in questions trying to educate himself about the ‘new me,’” said Rodriguez-Saringo, “But in reality it was always me.”

Today, John Saringo-Rodriguez and Bryan Rodriguez-Saringo have been together for three years, and have been in a domestic partnership since April of this year.

“I decided a while ago that it’s best to come out to people on Christmas,” said Taniella Block. “People can’t really be mad at you then.”

Block, who identifies as pansexual and is attracted to people regardless of sex or gender identity, took a big step in coming out to her birth mother at 19 after testing her Christmas theory with her sister the year before.

“I asked her if she felt love could be expressed in all shapes and sizes, and (then) I threw in sexes,” said Block. “And she said that (love) between any two people of the same sex was ‘just gay.’”

When she sat her mother down the next day, Block explained to her that she brought up gay people the day before for a reason.

“I like girls,” Block told her mom, and upon seeing her mother’s frown added, “but I like guys, too!”

Block said that while her mother is still not particularly comfortable with gay people, she is “as accepting as I can expect her to be.”

“I watched [my mom’s] face as I told her that I was not straight,” said Block. “I watched the emotions on her face. They went from mad, to sad to confused. I knew in that moment that coming out isn’t just a process that you deal with. It’s a process that you and everyone who loves you deals with, too.”