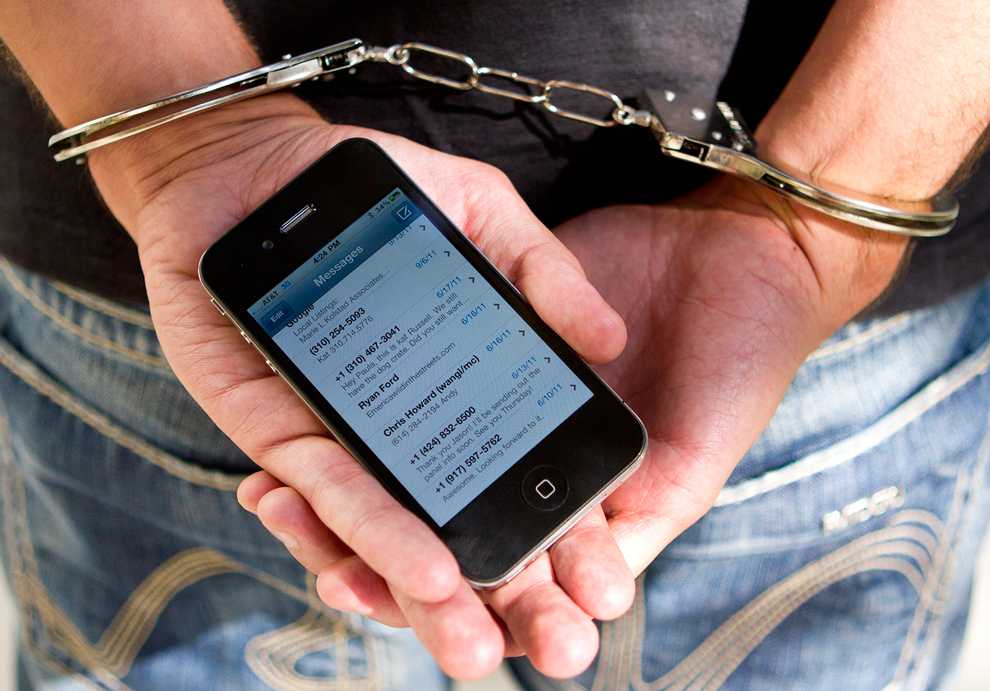 A bill that would have required police officers to obtain search warrant before examining the contents of a person’s cell phone was vetoes by Gov. Brown Sunday, Oct. 9.

In a veto message posted on the governor’s website, he wrote: “The courts are better suited to resolve the complex and case specific issues relating to constitutional search-and-seizures protections.”

Approval of the bill SB 914 would have overturned a decision issued by the California Supreme Court in January that said law enforcement officers could legally search the cell phones of people they arrest.

The California Senate passed a bill on Sept. 1 saying police officers could no longer search cell phones without a warrant.

Senator Mark Leno introduced SB 914 in February after the case, People v. Diaz, was brought to the Supreme Court.

“Law enforcement need not obtain a warrant or judicial oversight to search the personal data of cell phones in incident to a custodial arrest” according to a document put out by Leno and his team.

“Cell phones (are getting) smarter and contain nearly all the same information as our personal home computers,” Leno said in a press release. “This legislation (SB 914) will help ensure that a simple arrest – which may or may not lead to criminal charges – is not used as a fishing expedition to obtain a person’s confidential information.”

California is not the only state to have dealt with this issue.

Court cases in Ohio in 2009 and West Virginia in 2010 have come to the conclusion that warrants are necessary in order to go through someones phone.

“There’s definitely a split of opinion and states are deciding in both ways,” said Christopher Ng, business law professor at CSUN. “I think the United States Supreme Court will have to weigh in at some point.”

Had the bill been approved by Brown, cell phones would not have been the only items safe from searches without a warrant.

“Any portable device that is capable of creating, receiving, accessing, or storing electronic data or communications” would have qualified, according to SB 914.

“I can see the pros and cons (for cell phone warrants). I think it’s too simplistic to think there’s a single right answer,” Williams said. “The warrant system is an in-between. It allows police to crack cell phones if a judge sees it as the right thing to do.”

Ng predicted that Brown would veto the bill.

“Law enforcement support (Brown) and have been lobbying for him like crazy over the years,” Ng said. “It will create an interesting situation. What will law enforcement instruct officers to do?”