No end in sight for Occupy protests 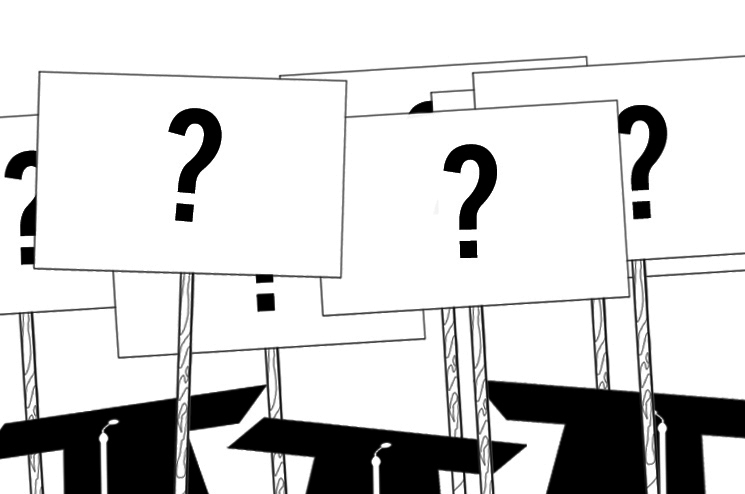 For the past two weeks the Occupy Wall Street movement has rightfully established a strong, demanding voice, speaking out against corporate greed, high costs of education and many other issues facing the nation’s crumbling democracy.

Hundreds have camped out and protested in Manhattan’s Financial District, powering through a series of arrests, police brutality and cold, rainy nights, and the Occupy Wall Street movement has created a spark that calls on all Americans to “Occupy Together.”

The movement has spread across the country, with hundreds more making their voices heard in locations such as Los Angeles, Chicago, Boston, Philadelphia and Washington, D.C.

As the leaderless resistance movement enters another week of protesting, observers of the movement are beginning to take note of the opposing sides.

In one corner stands Wall Street and the many financial institutions whose promises over the years have left the country in a state of financial turmoil. These corporations have so far remained numb to on the ongoing protests.

In the other corner stands a group of everyday people fighting to restore American democracy. These people come from diverse backgrounds and hold varying beliefs, but they all refer to themselves as the “99 percent.” The term was coined for  citizens outside the top 1 percent of the richest and most powerful Americans.

The demands of Occupy Wall Street seem to vary, with some protesters seeking free college education, and others proposing the arrest and investigation of all Wall Street criminals.

But despite these varying motives, one clear reason behind this movement is that Americans are fed up with the current state of the economy.

“As members of the 99 percent, we occupy Wall Street as a symbolic gesture of our discontent with the current economic and political climate and as an example of a better world to come,” the Occupy Wall Street homepage noted.

Protesters across the country range in age, but the majority of them are under the age of 30, according to reports by those on the scene, including ABC News.

Rosie Rodriguez, 22, an accounting major, said the reason most college-aged students are protesting is to give a voice to a generation being punished for pursuing an education.

“Our generation has followed the American Dream of going to school in order to have a decent future,” she said. “This dream has been shot, and now the only things we have waiting for us after college are massive amounts of student loan debt and limited job opportunities. We just want our future back.”

The class of 2011 is the most indebted graduating class ever, with an average student debt of $22,900, reports the National Center for Education Statistics.

“How are we supposed to pay these bills when the job market we so eagerly want to join has crumbled at the hands of our so-called leaders?” Rodriguez asked.

Under the guidance of Wall Street, the economy has only suffered.

According to Treasury Direct, an organization within the U.S. Department of Treasury, the national debt has neared $15 trillion.

The economic downturn has left millions unemployed, and according to the Bureau of Labor Statistics, the national unemployment rate currently stands at 9.1 percent.

These statistics only add fuel to the protesters’ fire. For years Americans have stood by and watched as financial magnates ran the country into the ground.

The Occupy protests have no end in sight, and many protesters have no intention of ceasing their fight. Though it’s evident not every demand will be met, demonstrators are willing to hold their ground until some sort of positive change emerges.

“I’ll be fighting until the day my parents no longer have to live paycheck-to-paycheck,” said Danielle Smith, 24, sociology major. “I want to see the day when my younger brothers can go to college without worrying about the costs, and the day my fellow peers don’t fear graduation because they know they won’t be able to get a job.”

The occupiers of Wall Street and other U.S. cities have earned the right to make demands for a better economy.

“Now is the time to shake the foundation of power that has continually neglected the needs of the public,” Schumacher said.