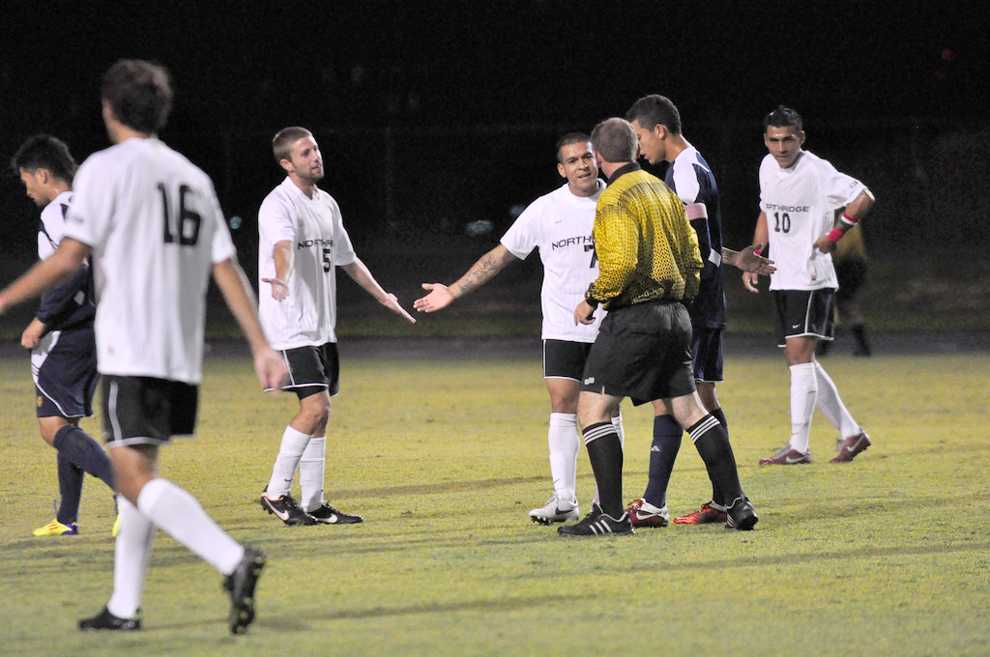 Following a 2-0 loss to UC Irvine that dropped them from the top spot in the Big West Conference, the Matadors (5-5-1, 2-1 Big West) find themselves tied for second place with UC Davis and Cal Poly, team they face tonight.

The last time CSUN played Cal Poly was Nov. 6, 2010, and the Matadors lost 2-0 at home. The Mustangs finished 5-3-2 in the Big West last season and lost to UC Santa Barbara in the conference tournament’s semifinals.

“Cal Poly is excellent,” said CSUN associate head coach Yossi Raz. “They just came off a 5-0 win in the Big West and I don’t know (the last time I heard) of a Big West team beating another (by that much).”

Cal Poly is led by junior forward Dakota Collins, who has two goals and one assist this season. Offensively, the Mustangs tend to shoot and score more in the second half, a tendency CSUN also has.

“They have a quality bench, a quality team on the field, and a quality coaching staff,” Raz said.

“What we worked on (Monday in practice) was focusing offensively, like finishing our chances,” said CSUN defender Joe Franco. “We know we created a lot of chances, but we just got to bury them. Even though we had more chances than them, they just put away their few and won the game.”

Matador defenders were put to the test against the Anteaters’ shooting, but even deflections worked against them. UCI’s first score was an own goal.

“We can’t let it fall into luck’s hands. We have to worry about finishing our chances and put the game in our hands.”

“We have to also score goals,” Davila said. “You just can’t hold a team down defensively, you have to score goals. That’s the name of the game.”

Raz hopes the ball will bounce the Matadors’ way this time against Cal Poly.

“Sometimes you don’t play good, and some you win,” Raz said. “You make corrections while you’re winning that are positive.”

Raz said the team needs to improve tactically, raise its energy levels, stick to its game plan and execute it.