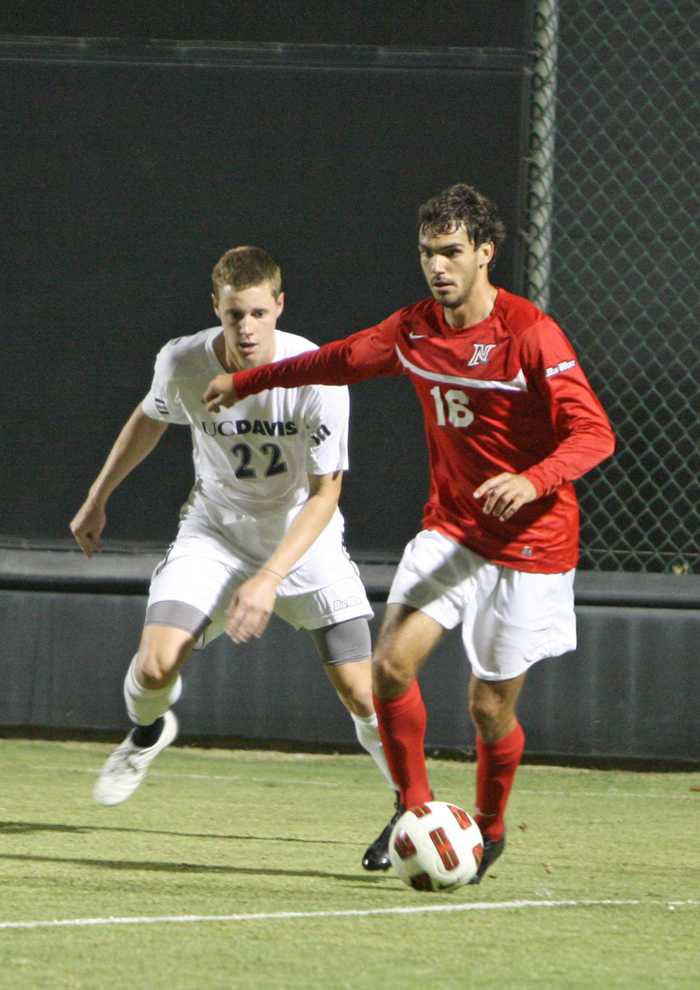 Bouncing back from a loss to UC Irvine on Saturday, the Matadors (6-5-1, 3-1 Big West) now find themselves tied for first place in the Big West Conference after a 2-0 victory over Cal Poly (5-5-2, 2-2) Tuesday night at Alex G. Spanos Stadium.

“After the loss (to UC Irvine), all of us weren’t too happy, and we knew we had to come out and get three (Big West) points,” said midfielder Thomas Ramos, whose team is now leading the league standings with UCI.

Forward Brian Behrad ensured the team’s victory with a goal in the 66th minute to put CSUN ahead 2-0. After attempting a shot, Behrad picked up a loose ball and went head to head with Mustang goalkeeper Patrick McLain.

CSUN had the early lead when Ramos scored the first goal of the match, finding the back of the net in the seventh minute. Defender Nicholas Hamilton flicked the ball past Mustang defenders and Ramos found himself in a one-on-one scenario against McLain.

“We came out aggressive, and (Hamilton) played a good long ball to the top that I knew I could get to,” said Ramos, a sophomore. “Luckily, I got to the ball and put it away.”

“(It wasn’t) so much offense, I think it was more of playing our game,” Bomar said. “After Irvine, we had to reassess ourselves because we didn’t play well at all offensively. So I think we focused more on playing a little more simple.”

With Tuesday’s win, Matador goalkeeper Michael Abalos picked up his fifth shutout of the season. Abalos racked up four saves in the match.

Cal Poly was just as offensively-minded as CSUN, tallying seven shots with two on goal in the first half, and ending with 17 shot and four on goal. Mustang defender Cameron Walters came close to finding the equalizer in the 29th minute, but his shot hit the crossbar.

Then as the second half started, Mustang forward Kyle Montgomery came out shooting, with shot attempts in the 46th and 48th minutes of the game, but both shots sailed over the crossbar. Montgomery led Cal Poly with five shots, but with none landing on goal.

Montgomery had another chance to score in the 62nd minute by way of a free kick. Unfortunately for the forward, the ball hit the post yet again.

The Mustangs earned two yellow cards in the match, one in the first half to midfielder Chris Gaschen and another in the second half to forward Benny Estes.

Behrad had the same idea in the second half, with shots in the 49th and 51st minutes, but both shots were saved by McLain.

Ramos and Behrad had identical stats in the game, with four shots, three on goal, and a goal apiece.

According to Ramos, the team was operating more efficiently Tuesday in contrast than at UCI.

“We were playing a lot better as a team than we did over at Irvine,” Ramos said. “There were some moments where (Cal Poly) was on us, putting the ball in the box, but we stuck together and worked it out and didn’t give them any goals.”