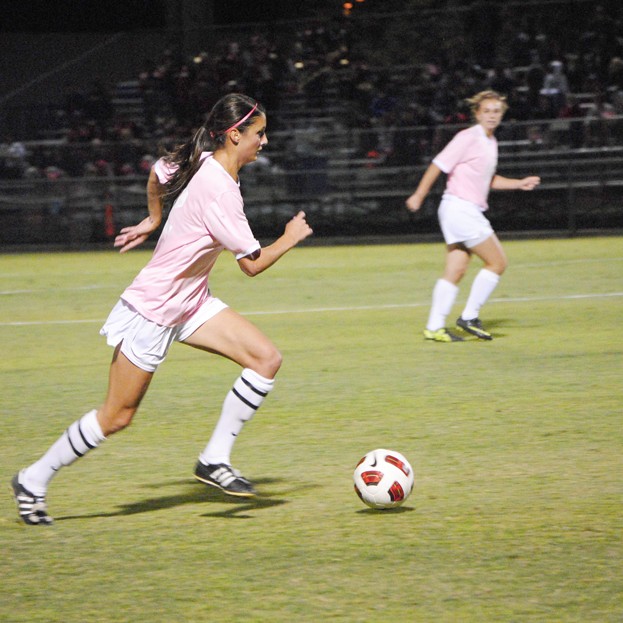 The CSUN women’s soccer team will be thinking revenge during its Big West Conference match Friday as the Matadors take on league-leading Long Beach State at Matador Soccer Field.

Last season, the Matadors were bounced out of the conference tournament semifinals by the 49ers, who come into Northridge riding a six-game winning streak.

“Yes, (we want revenge),” CSUN junior defender Nicole Cruz said. “The last time I played them, we lost.  I want to beat them badly. They’re winning right now, so I want to give them an upset.”

Besides avenging their postseason loss, the Matadors are looking to overtake the 49ers in the standings. CSUN has seven points and is in second place in the standings along with UC Irvine.

Unlike the players, CSUN head coach Keith West doesn’t see this game as a chance for revenge.

The Matadors are coming off a Sunday 1-0 victory against UC Santa Barbara. It was the first time in four years CSUN prevailed over the Gauchos. Cruz scored the only goal of the game, her second in only five games played.

Junior goalkeeper Cynthia Jacobo earned her second shutout of the season during Sunday’s victory and was the anchor of the strong team defense.

“I couldn’t be happier with the way the defense is playing this year,” West said.  “We’ve just been giving up mistake goals and that’s hard for me to swallow.”

The Matadors have given up a total of 18 goals for the season. But so far, in four conference games, they have only given up four goals.

Long Beach State will test the Matadors’ defense. The 49ers have scored a total of 36 goals for the season. Ten of those have come during conference play, including a 6-0 drumming of Cal Poly on Oct. 2.

“They’re a quality side and they’re getting some quality wins,” West said. “We match up great. We just need to put the ball in the back of the net. It’s going be a great game.”