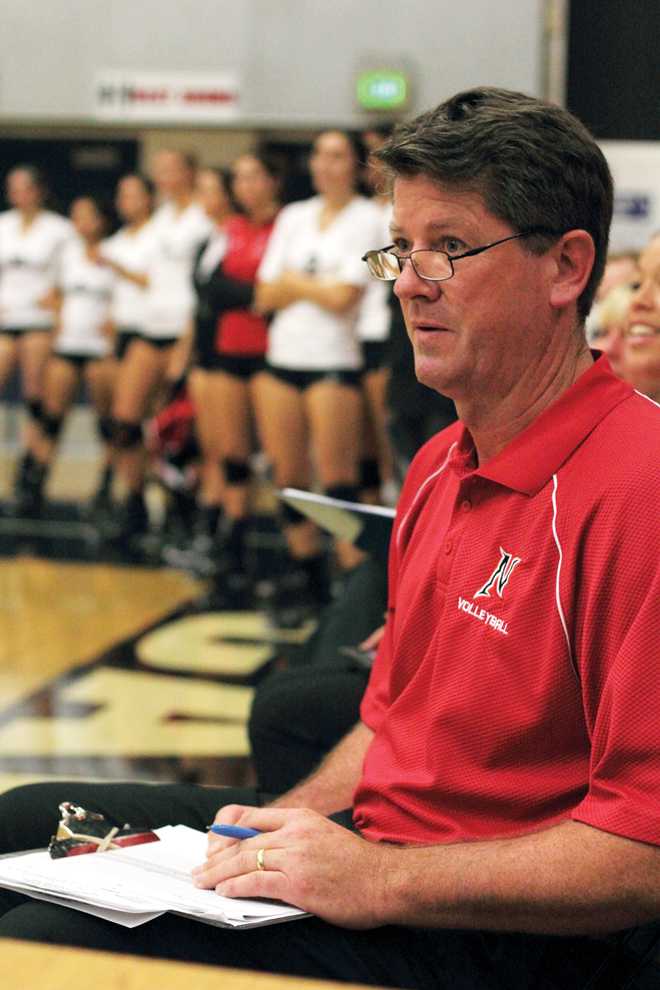 Despite a 3-0 Saturday setback at UC Davis that has the Matadors (8-9, 2-3 Big West) on a two-game losing streak, CSUN head coach Jeff Stork had some weekend kudos to hand out upon his return to Northridge, particularly to star opposite hitter Mahina Haina.

“She had two kills in the first set, seven in the second, eight in the third,” Stork said. “She was in some ways the majority of our offense.”

Haina’s game-high 17 kills gave CSUN a chance against what Stork called the best team the Matadors have faced in the Big West Conference so far. CSUN lost sets two and three by the minimal difference.

Next to Haina, Stork also credited opposite hitter Natalie Allen, who recovered from an injury suffered the night before in a 3-1 loss at Pacific in time to add nine kills.

But the Matadors are going to have to get more help than that if they hope to contend for the Big West title, Stork said.

“While we have category leaders, we need more,” he said. “An extra hitter, a third hitter, to carry a little bit more of the (offensive) load.”

With Haina’s 3.47 kills-per-set average ahead of every other Matador’s rate by more than a full kill, the subtle call for hitters to step up will have a chance to be answered tonight as the Matadors play Cal Poly (8-11, 3-3) at Mott Gym.

The Mustangs’ record is not impressive, but their latest wins are. Cal Poly swept and gave UC Davis (18-3, 4-2) one of its three 2011 losses on Sept. 30. They did the same to Pacific the following night.

“The Big West – I can’t emphasize this enough – is a competitive conference,” said Stork, whose team hosts UC Irvine Saturday. “There are no freebies. If you’re not at your best, teams can beat you.”

Beating the Mustangs at their gym has certainly not been a freebie for anyone. No one’s done it yet. Led by six-foot-four middle blocker Jennifer Keddy’s 3.32 kills per set, Cal Poly is 4-0 at home this season.

“That’s all right. Can’t wait to block her,” she said smiling.

Not the usual take from a player whose team has suffered two consecutive setbacks, but Hinger has earned some right to talk. In only her first year, Hinger is the Matadors’ second leading kill-getter, averaging 2.43 per set. She’s been instrumental to Northridge’s success this season.

With Keddy and outside hitter Kristina Graven (3.64 kills per set) carrying the Cal Poly offense, Hinger is the odds-on option to become Haina’s complement. Allen (2.35 kills per set) is another possibility. Or maybe senior outside hitter Una Siljegovic. Stork isn’t singling anyone out in particular, though.

“Trying to find somebody who can consistently put the ball away is something that we need to continue to work on as a team,” he said.

While the Matadors work that out, the season is still going. Two teams trying to lift themselves up from the bottom half of a league in which any team can beat any team will meet tonight.

“(The losing streak) is definitely in our minds, but we’re not going to let it get to us,” CSUN starting setter Sydney Gedryn said. “We’re still going in there ready to win and kick (the Mustangs’) butts.”