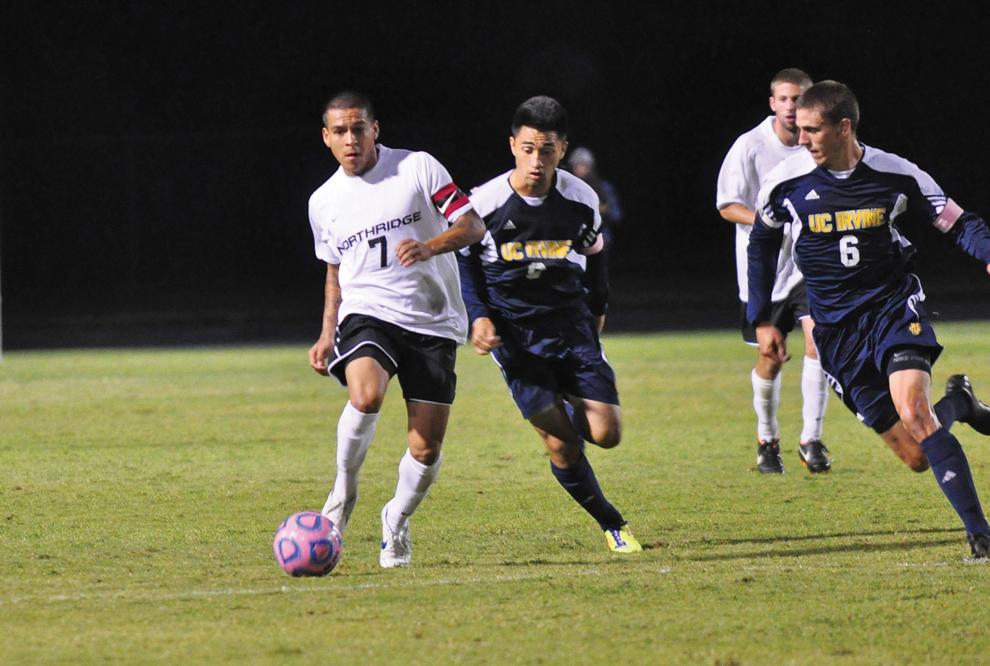 At the heels of first-place UC Irvine, the second-place Matadors (6-5-1, 3-1 Big West) are looking to keep up with the Anteaters in the Big West Conference. To do so, they’ll have to take care of UC Davis (4-6-2, 2-2) Saturday night at Matador Soccer Field.

The last time Matadors and Aggies met was on Sept. 28, when CSUN shut out UCD, 3-0, with two goals earned by way of penalty kicks.

“We have two away wins, and those are tough to get in the Big West,” said CSUN head coach Terry Davila, whose team also won at Cal Poly Tuesday night.

He added that if his team wins out at home, the Matadors will make it into the Big West playoffs. The Anteaters have 12 points. Northridge has nine, but has played one game less than UCI.

UC Davis produced only nine shots in the last game against CSUN, but Davila feels the next game will be different.

“Davis is going to be very prepared,” Davila said. “They’re very well-coached and disciplined and they’re coming here to get three points.”

The Aggies have won two of their last three games, losing 2-1 in overtime to UC Santa Barbara Saturday night.

But Davila has noticed a trend in Big West teams this season.

As Davila has repeated throughout the season, the Big West is filled with tough competition, and the Aggies are no exception to him.

“It’s going to be a tough game,” Davila said. “Any game in the Big West is a tough game. They’re a legit team and we have to be ready. They will be determined to beat us.”

An area the Matadors have gotten better at this season is their ability to finish on offense. Midfielder Thomas Ramos gave CSUN a quick goal in their match against Cal Poly.

His growth and experience has given the Matadors depth on the pitch.

“(Ramos) has matured a lot,” Davila said. “That’s the best thing about a freshman becoming a sophomore.”

CSUN midfielder Carlos Benavides, another sophomore, has seen the difference in the team since his first year.

“With our (Big West) record of 3-1, it gives us some confidence,” he said. “Instead of being like last year where we didn’t win many games, now we have a chance to take hold of the Big West and beat UCI in the standings.”

Though the Matadors are near the top of the Big West leaders’ board, Benavides said his team is still an underdog in the conference.

“All the other teams look down on us,” Benavides said. “They look at our record from the past year, and they see that we (only) won two games.

“But at the same time, we can also use that as an advantage for us and go into the game and surprise them with our ability to play forward.”