Reggae-rock band Pepper at Club Nokia with Ballyhoo! and The Expendables 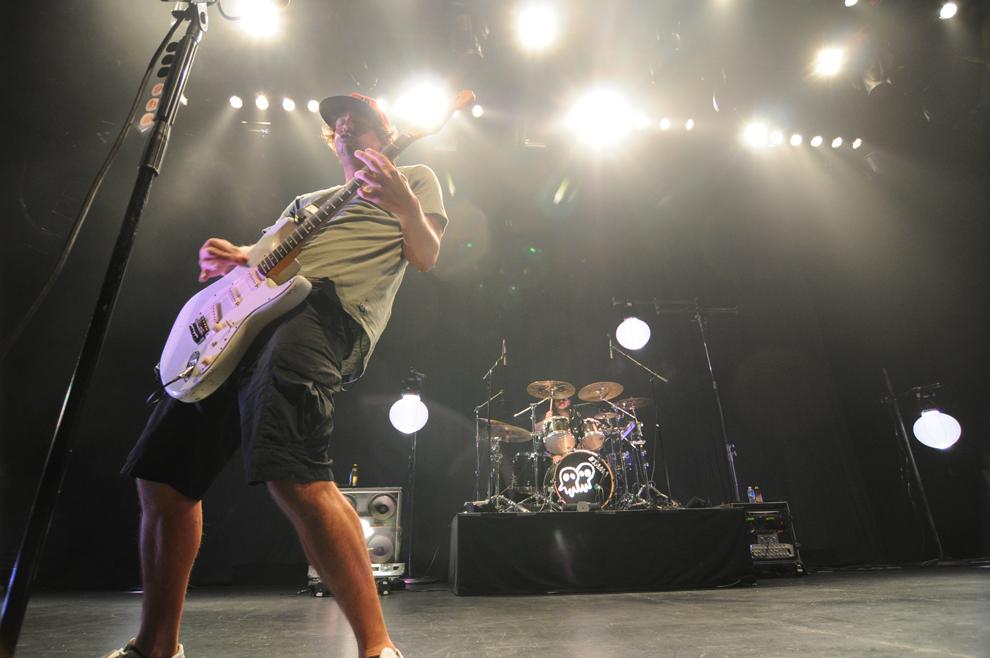 Opening the show, bands Ballyhoo! and The Expendables pumped up the college-aged crowd for the much anticipated Hawaiian harmony of Pepper.

From Denver to Seattle to Oakland to the Southland, Pepper has been touring across the U.S. nonstop throughout September and October. Next month, the band will embark new territory, playing in Santiago, Chile, and Sao Paulo, Brazil, and rounding out the year in their hometown of Kona, Hawaii.

“It’s always the best to play at home,” said Pepper drummer Yesod Williams. “The Kona show will be like a big homecoming.”

Hawaii natives Kaleo Wassman, guitarist/vocalist, Bret Bollinger, basist/vocalist and Williams, drummer, formed their band in 1997, but the group has been playing together since high school.

“Me and Bret grew up on the same street,” Williams said. “Kaleo moved from one of the smaller islands when he was about 12.”

In 1999, the three took a leap of faith and left the big island for San Diego to pursue their dream in music.

“I went from surfing every day and waiting tables to being poor – the three of us living on the floor of a friend’s apartment,” Williams said. “I look back now and thank God we had faith in ourselves.”

The band’s eclectic sound was influenced by what Williams calls the ‘second wave of punk rock,’ a blend of punk bands, such as Bad Religion and Pennywise, and the embedded reggae from growing up in Hawaii.

“I started listening to UB40 and digging into Sublime, and I realized their roots in reggae,” Williams said. “I was having this musical epiphany in the mid-1990’s.”

It was this innate love for music combined with their cultural roots that evolved Pepper into what they are today. Simply stated, it kind of just happened, said Williams.

But a claim to fame didn’t happen overnight for the Kona crew. It was with a lot of hard work and a bit of a balancing act that the band organically grew to where it is today.

The unique sound of Pepper’s music has earned them a large following of listeners across the globe, including the U.S., Europe, Japan, Australia and most recently in South America.

The band has performed at the Vans Warped Tour  and played with reggae legends The Wailers, 311, Snoop Dogg and Kottonmouth Kings.

“This tour is one of our best so far,” Williams said. “We stepped it up with production and our lighting guy is like a crazy, diabolical genius.”

Pepper has sold over a half-million records, and is writing new music for another album for its label LAW Records, which is anticipated to be released summer 2012.