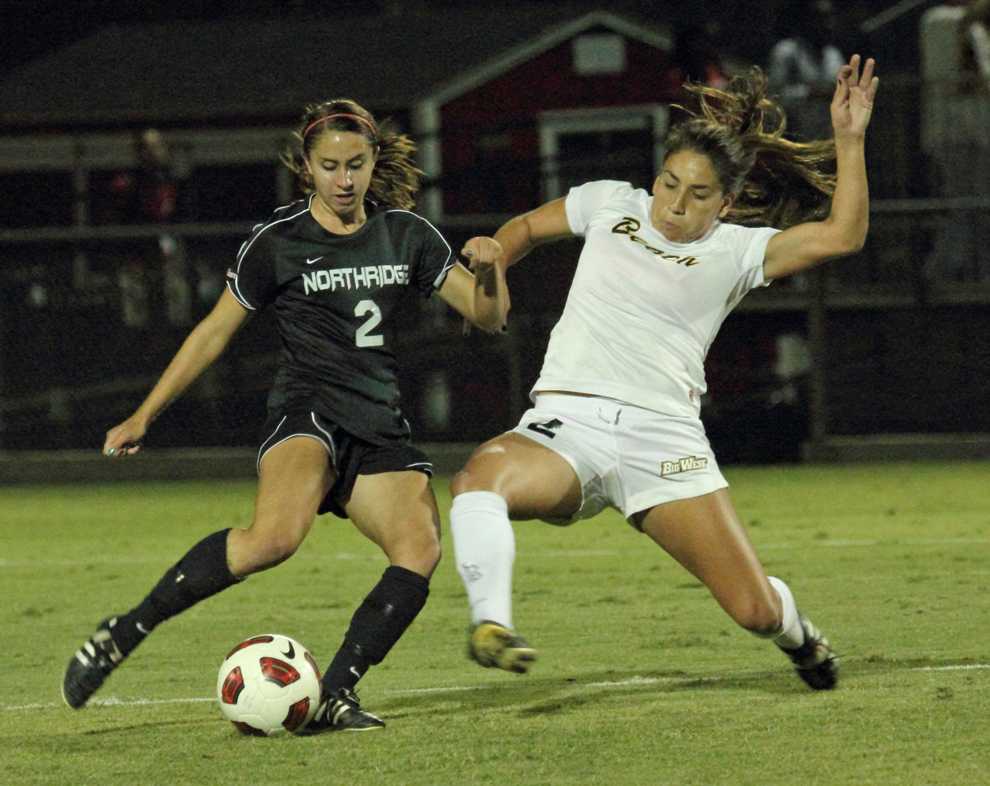 “Beating them was a huge deal for us,” said Farran, who scored her sixth goal of the season.  “We lost to them in the playoffs last year so it was kind of like payback.”

Farran received the ball after a throw-in by junior defender Katie Russ went to sophomore defender Chloe McDaniel, who headed the ball to Farran as she shot the ball in the lower left corner of the net.

“It was a throw in and I don’t know how, but the ball got to me,” Farran said,  “and I hit it with my left foot into the corner.”

After the goal, the CSUN crowd erupted into cheers as vuvuzelas blasted, making the field sound as if it was hosting a World Cup game.

“Honestly, I didn’t even see who scored the goal,” said CSUN head coach Keith West.  “Everyone was going crazy and I just saw it (ball) going in the back of the net.”

The game was a tale of two halves.  The first period was a defensive struggle for both teams and the second half was filled with scoring opportunities.

In the second period, junior forward Nadia Link, Big West leader in total goals, started to show her offensive skills by getting in front of the box, where the Matador defense was waiting for her.

“We just went after her,” West said.  “We said that we were not going to let her take it to us. We took the game to her a little bit.”

Senior midfielder Shawna Gordon, who leads the conference in goals scored during league play, was held in-check by the Matador defense.

“Defense was spectacular,” West said.  “Our backline was amazing tonight.”

The Matador offense was able to break through the tough 49er defense late in the match, putting some pressure on goalkeeper senior Kaitlyn Gustaves.

With eight minutes remaining in the game, junior goalkeeper Cynthia Jacobo made a game-saving stop to keep the match scoreless.

CSUN returns to action on Thursday when they travel to Cal State Fullerton.