W-Vball: Matadors back on winning side with beatdown of UC Irvine 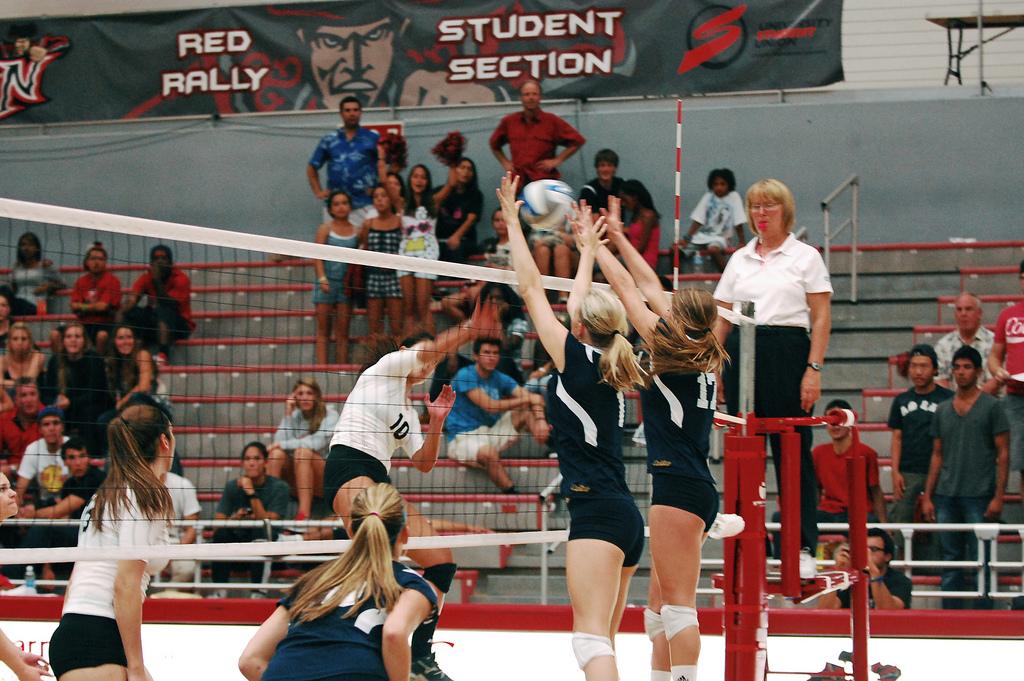 The Matadors hadn’t known victory since their Oct. 1 takedown of defending Big West Conference champion Cal State Fullerton. Having gone on a three-game road trip that left a sour taste bigger than the last at each stop, CSUN had to win Saturday’s game against UC Irvine to remain relevant in the conference championship race.

Win they did, 3-0 at the Matadome. When asked what it felt like to finally get one to stop a bleeding that was starting to make the season look like a “Saw” movie, CSUN middle blocker Casey Hinger opened her eyes wide and gave a happy, scream of relief.

Hinger and Northridge (9-10, 3-4 Big West) looked particularly impressive in the second set, thoroughly outplaying the Anteaters (7-11, 2-5) offensively and defensively. The Matadors opened a 9-4 lead with a balanced attack and continued to add to it ceaselessly. CSUN poured the kills and blocked most of the Anteaters’ offensive attempts, almost creating the feeling that UCI was down a player.

CSUN head coach Jeff Stork made sure to give full credit to his team, which had five blocks in the frame, for making UCI look like a high school squad.

The Matadors finished them off, 25-11, taking a 2-0 lead into intermission.

Following a relatively trouble-free first set win and the second-set beatdown, most of the 543 people in attendance expected little from the Anteaters in the third frame. UCI showed resolve, however, and – behind 15 of their 34 game-total kills – had the Matadors down 23-22, threatening to prolong the night.

“(UC Irvine) talked a lot (in the intermission) and they got pumped up and came up strong,” said CSUN opposite hitter Natalie Allen, who had a game-high 11 kills.

Two kills by opposite hitter Mahina Haina (eight kills) and two Anteater errors put an end to the drama, however, as CSUN outscored UCI 4-1 to finish the sweep with a 26-24 third-set win.

“We just pushed back,” Allen said.

The Matadors hit .287 for the game and limited the Anteaters, who were led by outside hitter Aly Squires’s nine kills,  to .066. CSUN’s special defensive scheme for UCI got 11 blocks.

“We stayed in a quick-three blocking move,” Stork said. “Where we have our shoulders square to the net and we never turn. Normally, we turn, run and jump, but against this team we didn’t.

“It was effective with our outside blocks.”

The Matadors’ next match is Saturday against last-place UC Riverside, a team CSUN’s already beat once. It will be yet another golden opportunity for the Matadors to gain ground in the tough Big West.

“The feeling (of winning) is amazing,” Allen said. “A win is a win. We’ve got to win the next couple games and we’re back in (the conference race).”