CSUN student stands up to cancer 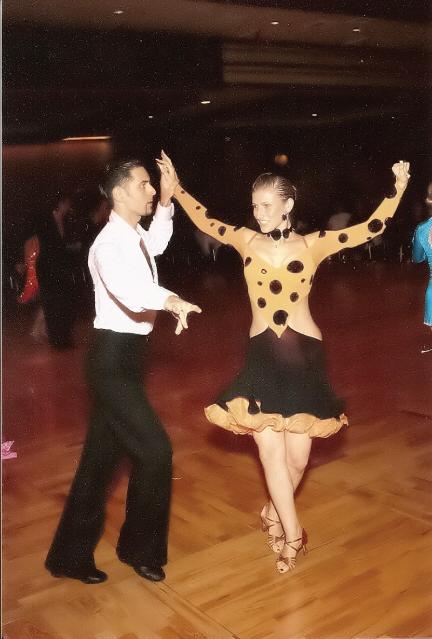 It’s no secret that bad things happen to good people. Some ask ‘why’ they were a target for life’s misgivings and others find solace in the belief that everything happens for a reason. When Liora Paniz was diagnosed with Hodgkin’s disease, a type of cancer that affects the lymph nodes, she chose the latter.

Paniz, 26, is studying for her second BA in Religious Studies. She received her first BA in History from UCLA in 2007. After graduation she decided to take some time off because she wasn’t ready to go back to school yet.

In September 2009, she experienced pain in her left shoulder and proceeded to have it checked out. Paniz is a professional ballroom dancer so it was essential that it was checked immediately.

A chest x-ray showed a shadow in her chest looked different. It was nothing the doctor was too worried about, so he let Paniz leave.

“It was a dance-related injury,” she said.

A year later, she woke up at 4 a.m. and the muscles in her back were spasming.

“The kind of dancing I do causes tight muscles,” she said.

This time the doctor said everything was fine except for a mass in the middle of her chest. The results of a chest biopsy concluded the mass was an enlarged lymph node caused by Hodgkin’s disease.

According to the doctor “it’s the best kind (of cancer) you can possibly get,” Paniz said. This type of cancer is curable with extensive chemotherapy treatment.

Paniz said she was surprised at the diagnosis, but said she’s not an emotional person.

“I’m gonna be a work horse, put my head down and get through this,” she said. “There has to be a reason even if I may not know what it is.”

Every other Tuesday for five and a half months, Paniz underwent chemotherapy, and a variety of people were always by her side.

Her friend Kelly Richards, 31, moved into Paniz’s parent’s house and helped her stay busy by making cupcakes and watching movies.

She stopped working because she was too tired from the medicine to commit to a schedule and that it was more important for her to sleep and focus on her recovery.

“There was no room in my head for anything else,” she said.  “I’m not particularly ready to be the poster child for anything.”

She finished chemotherapy five months ago and is still processing the experience, she said. However, there was an incident at a wig shop right after she was done with chemo that gave her a new perspective.

While she was looking for a wig she noticed a woman shopping for her mother.

“It seemed like she didn’t have anyone to talk to,” Paniz said.

She explained that it’s usually all about the cancer patient, that the people around them never have a chance to talk about what’s going on. Upon hearing that Paniz just concluded her treatment, the woman began to shower her with affection and tears.

In that moment Paniz experienced what she called a reverse awakening.

She realized that others could find solace in the fact she had gone through treatment and came out cancer free.