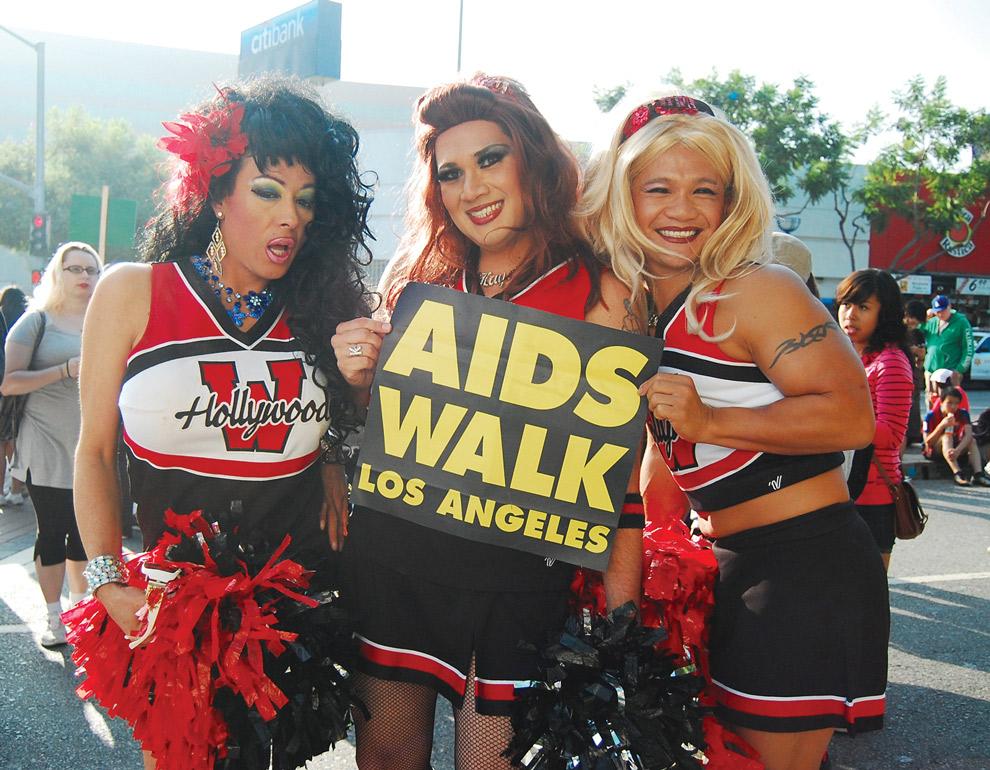 Clarification 10/18: The original article lacked context of Shanique Cruther’s comment as to why toothpaste was the required donation for the bus ride.  AIDS/HIV patients have a lowered immune system, which in turn, can make them more susceptible to contracting thrush, a yeast infection that develops in the mouth, causing a bad odor.

Despite the early morning haze, over 300 CSUN students and volunteers gathered together at 7 a.m. Sunday to join 30,000 others help end the fight against AIDS.

Six buses packed in students at the G-3 parking lot to take them to the AIDS Walk Los Angeles, hosted by the AIDS Project Los Angeles along with other various programs, as a part of the CSUN team, sponsored by the United We Serve Volunteer Program.

“We have way more people than last year and more people eager,” said United We Serve volunteer, Shanique Crutcher. “We had people showing up at 6:40 a.m. hoping for a spot on the bus.”

The first 300 people to show up to the school on Sunday were guaranteed a spot on the bus, emails from the program informed students, however, over 360 students registered for a spot this year, said Crutcher.

Tickets for the bus were free, but  each student was asked to bring a tube of toothpaste.

AIDS/HIV patients have a lowered immune system, which in turn, can make them more susceptible to contracting thrush, a yeast infection that develops in the mouth, causing a bad odor.

“People who have AIDS/HIV can have a particular odor,” Crutcher said. “So we are collecting toothpaste so they can remain bad-hygiene free.”

Art major Leah Oakes showed up with her two friends, Mingkwan Phoosomboon and Jessica Lysholm, to join the walk in West Hollywood. Though this was her third year participating, her friends were both getting the experience for the first time.

“I participate because it’s a cause a lot of people need to know about,” Oakes said. “A lot of people take for granted the fact that they don’t have AIDS and I felt like this was a opportunity to communicate outreach.”

Though Oakes’ friend and roommate Phoosomboon said she came along because it seemed interesting, Lysholm said she already knew about the cause and it had hit home to her since her uncle had passed away from the disease.

Many different CSUN groups, organizations, fraternities and sororities participated as a part of the CSUN team.

Geoffrey Ramirez, a finance major involved in the Latino Business Association (LBA), said that the LBA was into community service. “The good thing about LBA is it is involved in outreaches like this and helping the community.”

The 27th annual AIDS walk helped to raise $3,000,000 this year according to their website.

Celebrities came to support the cause alongside Los Angeles Mayor Antonio Villaraigosa.

The vast numbers and large crowds walked 6.2 miles around West Hollywood, with various checkpoints offering water along with other beverages and snacks.