Why you should talk to strangers 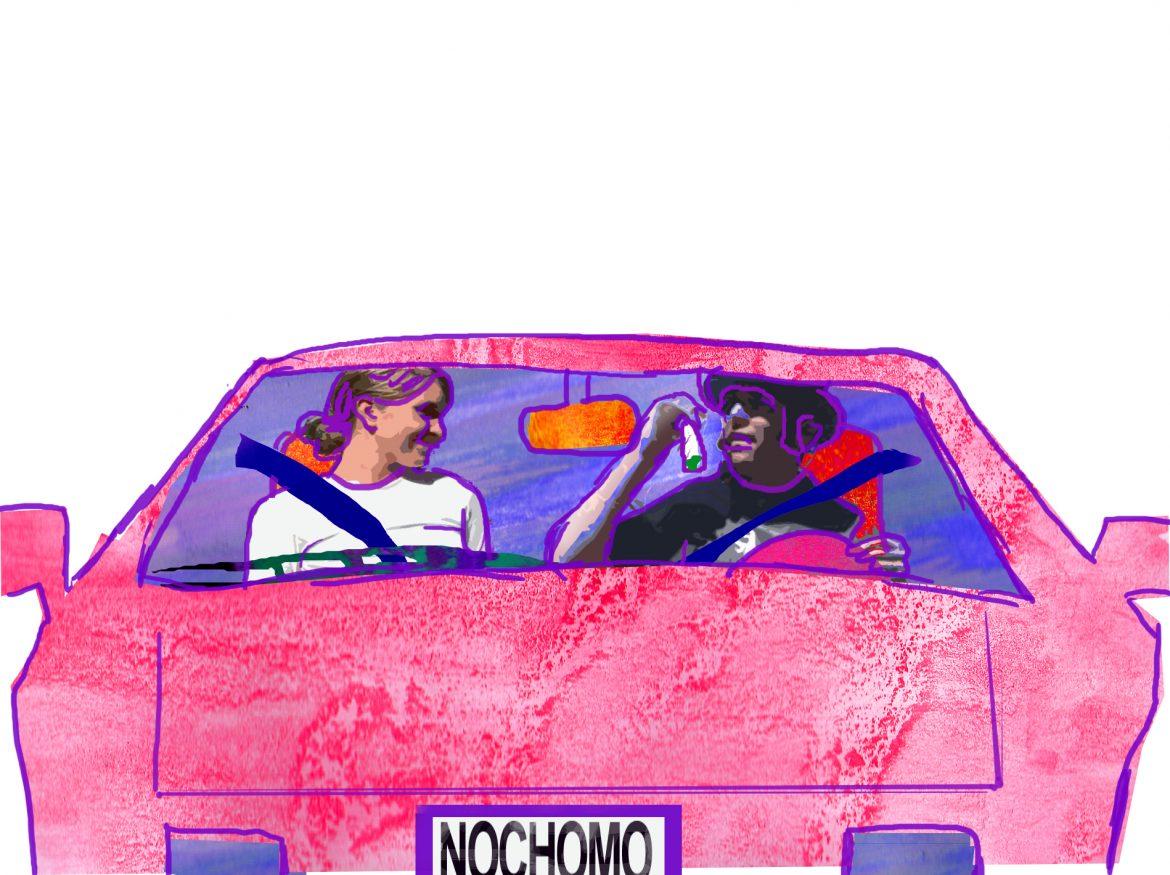 I get into cars with strangers. Sometimes I organize these rides online, sometimes I’m offered rides when waiting at the bus stop. I also stay on strangers’ couches and beds when I’m traveling. I’ve probably done all those things 25 times, and I am still alive.

Strangers are a lot nicer than you’d think. You’re a stranger to almost everyone, and every single person you’ve ever met was a stranger. You’ll probably walk past dozens of strangers today. They’re everywhere.

Whenever I want to drive to the Bay Area to visit my family, I check out the Los Angeles ride-share section on craigslist.com. Here, drivers post their destination, time of departure and other info. For the six-hour drive, people have charged me $40, $20, all the way down to nothing. It’s a lot faster than the train, less expensive than buying or renting a car, saves gas and is always fun. There’s something special about the bond made between two strangers sharing a six-hour car ride, and I always meet people with the best stories.

I also use the website couchsurfing.com to find people to stay with. When I spent a week in the Bahamas, I couch surfed at two different homes. I figured this would be safer than staying at a hotel without a guide or anyone to show me the best and worst things to do in the area.

The first person I stayed with had a cramped house with air conditioning in only one room. The second person I stayed with lived in a resort next to the beach and I even got my own room and used his Internet-phone to call home. I might not even call these people strangers, because I can see their profile and I talk to them either online or over the phone before making arrangements.

Getting to know random people has resulted in some of the best experiences of my life. While I take rides for convenience primarily, I would almost consider it a hobby, because the experience is so enjoyable.

In my experiences, I’ve met a hippie slacker, a former millionaire with a pet serval (which I got to pet and play with), many students, an ambassador and members of more subcultures than I can count. I truly think that ride sharing and couch surfing are some of the most mind-expanding and eye opening ways to experience a slice of life.

However, there are certain precautions to take. When you use the couch-surfing website, all your interactions are recorded, and all parties are made aware of this.

If anything goes wrong they use the messages to determine where you are. Although it’s also a good idea to tell others where you are. You could announce it on Facebook or Twitter, although you might be hesitant to do that if friends are going to lecture you on stranger danger. The website also offers optional references from previous couch-surfers, “vouches” from your friends, and “verification” where the website does a background check on the user’s name and location.

When I take rides with people, I take a picture of their license plate and send it to some friends. Consider sending it to your partner, your parent and your roommate, and let the driver know that’s what you’re doing. Although they might be a little offended that you don’t completely trust them, an honest person wouldn’t kick you out of the car for that.

When talking about my adventures, I too often hear that anyone who does that should have been robbed, raped and murdered by now. This reaction belies the fact that too few of us even understand the basics of how robbers, rapists and murderers operate.

According to the U.S. Department of Justice 2005 National Crime Victimization Study, 73 percent of rapes are committed by people who previously knew the victim.

I understand the concern. Rape is a big deal. The victims and the offenders can be any gender.

But, ultimately, it’s a little offensive to hear that women can’t trust strangers, women can’t walk outside at night, and only a Y-chromosome can protect you from the horrible evils of the world.

Women just have to stay in their homes and fear for their lives or they’ll be raped all the time. A guy friend of mine once told me that I shouldn’t ride my bike on the trail by Griffith Park in broad daylight because I’ll get raped. Bike trail. Broad daylight. Rape.

It’s annoying and inaccurate to just throw around the risk of rape like the life of a woman is littered with them. It’s also offensive to men to think that every male who offers a favor is only looking to commit a horrific violent act. I’m not saying that none of them do, but give them a chance, would ya?

I take precautions, I learn what kind of things are dangerous. For example, I never let a driver, friend or stranger, text while driving if I’m in the car; I offer to send the text myself. I don’t smoke because tobacco kills more Americans than homicide, suicide and car accidents combined. I live close to campus, so I can minimize driving in my life in general.

I do let people into my home to stay the night, but I’m not particularly afraid of them robbing the place. If they wanted to do that, they’d just get a rock and bust a window; why bother exposing their identity and contacting me online first? If you feel concerned about your safety, take a minute to learn what kind of things are actually dangerous, don’t just live in general fear.

These are my experiences with strangers. Your experiences should be whatever you’re ready to do.

If you prefer to start ridesharing with a friend, that’s a great way to do it. If you’d rather couch-surf with someone who has been verified and has lots of references, that’s fine, too. If you don’t really care and just want to travel alone, then whatever.

Take your own risks and let others take theirs. Just keep all this in mind when talking to strangers, and know that people are awesome, not evil.