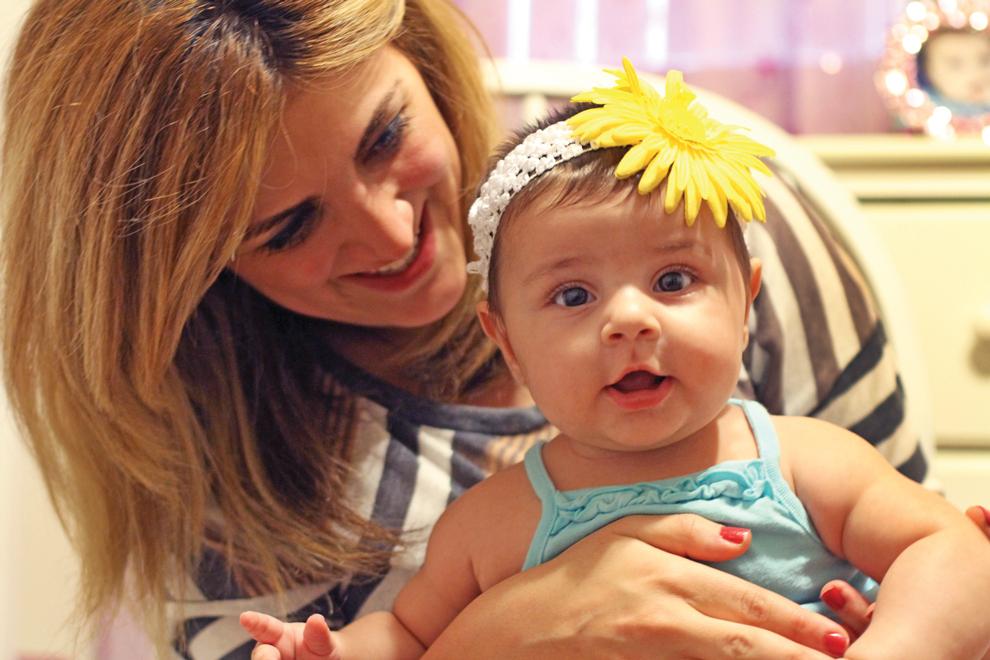 Correction: The spelling of Mrs. Cholakian’s last name was spelled incorrectly in both the print and online versions of this story.

The ability to check off the bilingual box on a job application may not be the only benefit to speaking more than one language, especially when it comes to young children. Studies suggest bilingual children are better thinkers.

Eliza Cholakian, CSUN alumna and current purchasing and contract administration staff member, was born in Armenia where she learned her native language. At the time her family moved to America, Cholakian was 7-years-old and foreign to the English language.

Although she never finished the first grade in Armenia, Cholakian was placed in third grade when she entered the American school system. She was forced to learn English on her own, through observation and experience.

“It was really tough at first,” she said. “Everybody was already used to the alphabet and math.”

But Cholakian soon found herself excelling above the other students. She said she all of a sudden became the best student in the class after getting the hang of the English language.

“It becomes easier to learn new concepts when you speak another language,” she said.

Research at the University of Washington’s Institute for Learning & Brain Sciences, suggested babies who are bilingual at a young age are “flexible thinkers” and are more open to learning for a longer period of time compared to monolingual infants.

She said research has shown being bilingual helps children develop metalinguistic awareness, the ability to interact with oral and written language and understand how it is used.

“We’re in a global world of communication,” Sanchez-Munoz said. “There is more intercultural communication and with moving places, knowing at least two languages should be a must.”

Children who grow up with two languages have the ability to see more than one solution to a problem, said Fredreic Field, CSUN English professor.

“If you know that you can express a particular idea in two languages, for example, then it’s easier to see that there can be many, creative ways to solve a problem,” Field said.  “People who only speak one language sometimes come to believe that there is only one, correct way to express an idea.”

Field mentioned motivation and attitude play a role in a person acquiring a second language. If a teacher forces the English language onto a non-English speaker and does not value their native language skills, they could become discouraged from learning English, he said.

Bilingual programs are typically called additive programs, Field said, because a language is being added to an already existing native language.

The child learns to read and write in their native language and can deal with the demands of the second language, in this case English, more easily, he added.

“They can transfer abilities from their native language to English as they develop and mature,” Field said.

Bilingual education in certain areas of the United States seems to be a popular option for parents and their children.

“It simply works better,”  Field said in an email interview. “Instead of constantly falling behind their classmates in academics, bilingual children can keep up. They can even pass their peers who speak only English.”

Cahuenga Elementary School is one of several schools in the Los Angeles Unified School District that has a bilingual program. They provide  Spanish/English and Korean/English basic programs for students in kindergarten through second grade, and a separate Korean dual language program for kindergarten through fifth grade students.

Parents can choose between the basic programs, which are aimed for native speakers of the languages, or the dual language program, for native and non-native speakers, Jee Sun Chung, categorical programs advisor for Cahuenga Elementary, said.

“Being bilingual helps the child in different areas,” she said. “The child who has primary language will learn the second language faster and excel academically. Also, it helps to be self-confident and be proud of his or her own culture.”

Though Cholakian agrees that being bilingual helped her growing up, she said that aside from knowing two languages, the benefit also stems from the culture behind the language and how a person is brought up.

Judy Bendavid, communications and family consumer sciences double major, grew up bilingual in English and Hebrew. Though she was born in the United States, she said her native language is Hebrew and her parents taught her English when she was 3-years-old.

She said that she does not remember there being a direct correlation between being bilingual and her studies or how well she excelled, however, she acknowledged that it has helped her in personal relations.

“It helps when talking with others,” she said. “I understand the cultural boundaries of both perspectives. It helps to understand how people work.”

Cholakian is the mother of a 5-month-old girl whom she plans on teaching English as well as Armenian.

She feels as though her daughter will benefit from being fluent in both languages.

“I think it’s to her advantage,” she said. “It’s always better to know another language.”