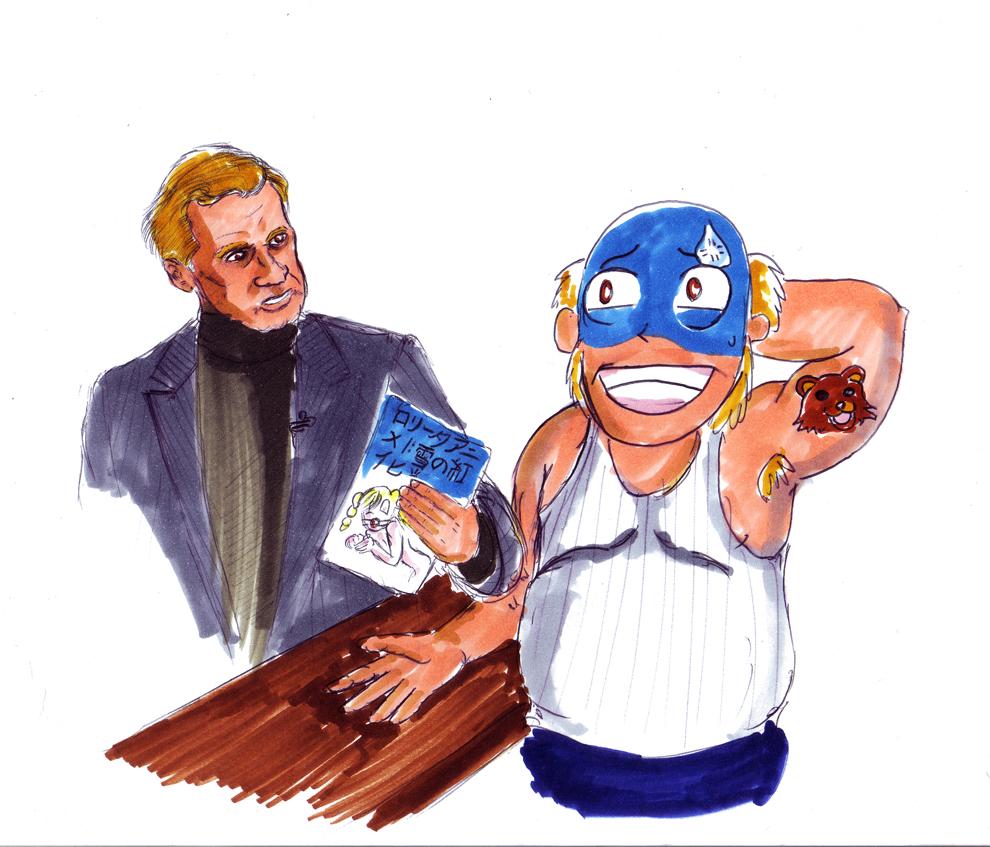 In accordance with Canadian customs statutes, any sexual images of characters that appear to be underage can be treated as child pornography.

The man, in his mid-twenties, faces a year in Canadian prison and registration as a sex offender.

“I don’t think he should have been arrested if it was just drawings,” said 23-year-old Psychology Major Manisha Perera.

There is a distinction between real children and comics and it’s not real kids, Perera said.

In the United States, pornographic images of simulated children (computer generated or drawn) are illegal only if found to be obscene and to serve no purpose. Otherwise, they are protected as artistic expression.

“I know shipments the store has made to Canadian customers have not reached them because they get seized by Canada customs,” said Thomas, “It’s for a number of reasons, not just pornography.”

Within literature and even comics it is not unheard of for simulated children in sexual situation to serve an artistic purpose, and not be child pornography. These characters are not even underage, they are not any age; they are just ink or pixels.

Vladimir Nabokov’s book, Lolita, in which the narrator engages in sexual acts with a 12-year-old is on the TIME’s 100 best English-language novels from 1923 to 2005 list. Lolita is the namesake of a genre and a subculture focused on characters that look child-like.

“I doubt the guy would have been arrested if he had crossed the border with a copy of Lolita,” said Thomas.

The visual content is what tips off Canada customs, even though there are explicit moments in Lolita, Thomas said.

“Lolita-like stuff has always been a part of Japanese manga,” said Nick, “I don’t partake in it, but being that it is an art form, I think American law is in the right.”

Nick is a fan of manga, and though he does not read or own Lolita manga, his belongings, such as his laptop and phone, can be searched through at the Canadian border if he has printed manga on him.

“If you are going into the country, you must go by their laws,” Nick concedes.

The Comic Book Legal Defense Fund, a non-profit that works to preserve the protection of comics as an art form, has even released an advisory on crossing international borders with comics.

The need for this precaution is excessive. The United States government’s stance on child pornography is not lenient on distributors and producers. There is a no tolerance policy for child pornographers.

Lumping in cartoonists and comic enthusiasts with child predators and molesters is heinous. Placing comic readers with pedophiles in prison for the “same” crime is preposterous.

Artistic merit or not, a living child forced into sexual acts is different from a fictional non-living child depicted doing the same thing.

Owning a slasher film is not the same thing as owning a snuff film. Owning a cartoon depiction of children in sexual situations should not be legally equal to owning a video of real sexual child abuse.

Is it obscene, and even a bit creepy? Yes. Is it actual child pornography? No.