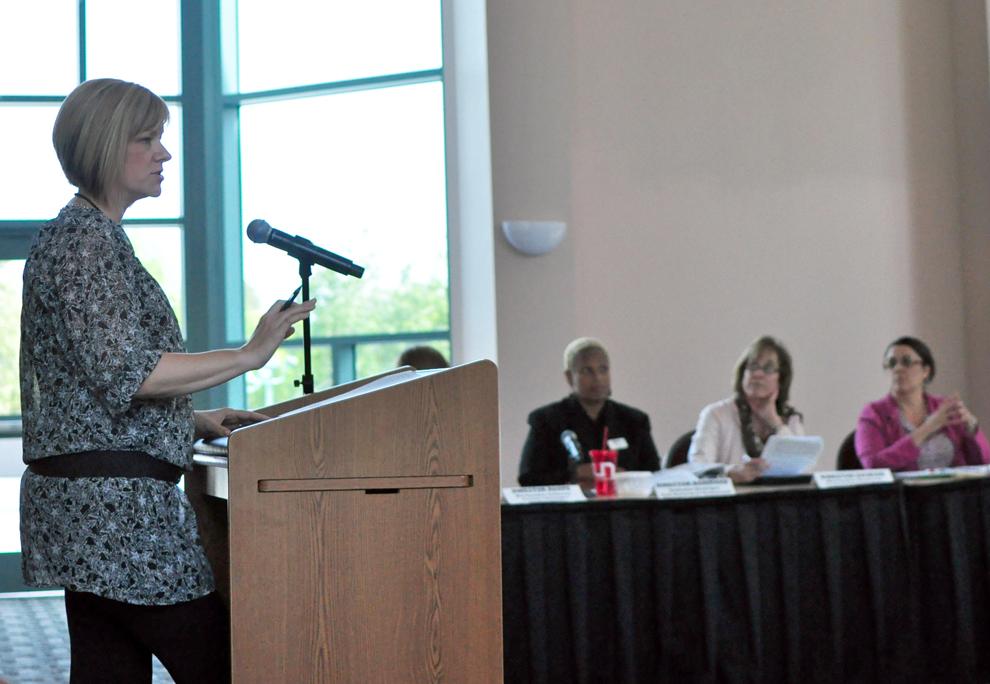 Shannon Krajewski, associate director marketing and programs for the USU, discussed the FAQ that would go on its new Student Recreational Center material and revealed some information in doing so.

The SRC website stated the $130 membership fee will be included as part of the USU fee, bringing the total fee to $250.

Krajewski revealed that students will not be able to opt out of the SRC membership fee and that the fee will also be applied to graduate and other education program students, as well. There will also be a $3 increase in the fee each year, Krajewski said.

Registration will involve an ewaiver and a scan of students hand outline, Krajewski said.

“It’s an outline of the hand, not a hand or fingerprint. The USU will not be conducting checks on students,” said Krajewski.

Students have been paying for the SRC since 2007, and due to the financial collapse that has occurred since then, the SRC has cost the USU $8 million less than its expected budget.

“The financial crisis has allowed us to get contractors at lower bids and get Build America Bonds,” Krajewski said. “With the money we saved we have been able to borrow less, put a bigger down payment on the building, and will be able to expand the programs we can offer.”

She noted that this money will be used only for SRC purposes.

The Fitness Center will close Jan. 15, with the SRC slated to open a week later on Jan. 26.

There is a timeline pending to transform the Fitness Center building into a wellness center that will offer massages and physical therapy, said Debra Hammond, USU executive director.