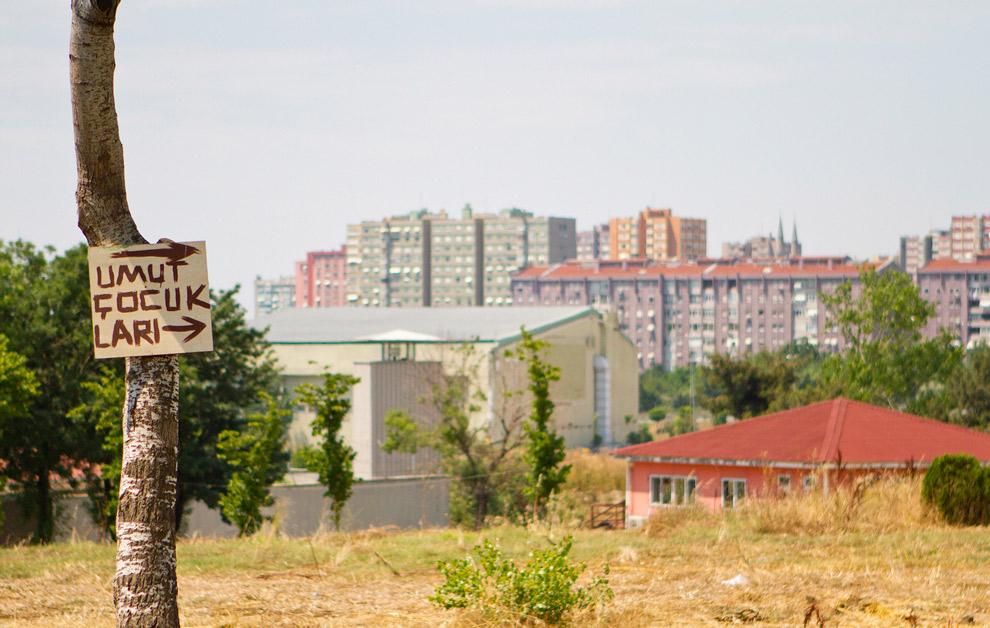 One of the most valuable lessons I learned while in Istanbul about being a journalist was that I have to be flexible.  Journalism isn’t something I can plan and doesn’t always cooperate. My first assignment in Istanbul taught me that.

My first assignment was to profile a person. I decided, long before I got to Istanbul, that I wanted to do my profile on a street child. It didn’t take much research for me to realize that I had picked a topic that might not want to cooperate with me, but I was determined to try.

My first few days of reporting were spent walking the streets, with my interpreter, looking for a child who was either begging or working on the streets.

From my research I learned there are approximately 30,000 kids living and working on the streets of Istanbul and all I needed was one who would be willing to talk with me – a task that seemed easy enough until I actually tried it.

I found a handful of kids over the first few days whom I approached but they were either too scared to talk to me or unwilling to talk openly with me about their lives. As the days passed, I found myself feeling defeated and frustrated. I began to wonder if I had picked an impossible topic.  I had already started brainstorming new topics, when I finally caught a break.

One of my classmates, who knew I was struggling, e-mailed me a link to a website for a small local nonprofit organization called Children of Hope Association (CHA).

The website was in Turkish, but I was able enough to discern, with the help of my interpreter and Google Translate, that this organization was dedicated to taking kids off the streets and helping them integrate back into society. This was the break I had been looking for!

A few days and several phone calls later I found myself sitting in CHA’s office across from Ferat Sahin, the program’s director. Sahin grew up on the streets and is now an advocate for Istanbul’s street kids. I knew after meeting him that he was the person I needed for my profile.

Our first interview lasted several hours. He told me he had grown up in an abusive home, that his parents’ marriage was falling apart, and that his father had lost his job and would often become angry and violent. Sahin decided to run away  when he was 7 years old.

At the time he was working at a train station sweeping the platforms. One morning he packed a bag, went to work and got on a train heading to Istanbul. Sahin spent the next 14 years living on the streets.

He stole money and food to survive, became addicted to drugs, was arrested several times and was often the victim of violence. Interestingly enough, Sahin looks back on those times with fondness.

Today Sahin works with kids who are facing the same struggles and hardships that he once faced. He understands these kids, treats them like they’re his family, and does anything he can to help them.

During our second interview, he said to me “When I look back, I think the best thing I’ve ever done was run away from home and live on the streets because it brought me here [to CHA].”

Sahin and I became fast friends. We spent a lot of time together over the next few weeks talking and interviewing. We drank tea, played backgammon, and got to know each other.  He introduced me to the kids living at CHA and I was able to talk to them and hear their stories. I fell in love with the place, the organization, and the work they do.

Today, when I look back on my experiences with CHA, my heart fills with gratitude. Had I remained rigid and attached to my original story idea, I might have never had the opportunity to meet Sahin and “his kids.”  I learned right then and there that journalism needs room to breathe, to evolve and to tell the story it is meant to tell.