CSUN has chance to clinch second seed at UCR 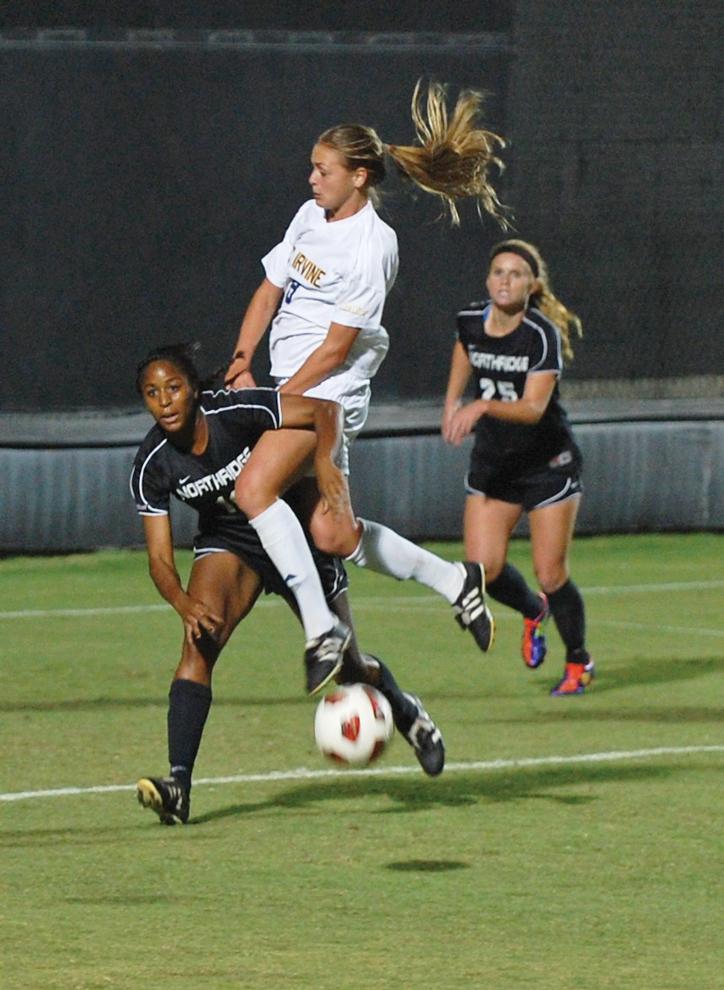 Herber Lovato / SenMatadors look to clinch the No. 2 seed in the Big West Tournament with a win at UCR. Photo Credit: Herber Lovato/ Senior Photographer

With first place out of reach, the CSUN women’s soccer team looks to secure second place in the Big West Conference with a win at UC Riverside tonight.

After a 4-0 loss to UC Irvine Sunday night, the Matadors (6-8-2, 4-2-1 Big West) are three points behind the Anteaters for first place in the conference with only one game remaining.

“It’s one game,” said CSUN assistant coach Miguel Ruiz. “We’ve got to come out and win (tonight) and hopefully we get a (good) result there, and get into the conference (tournament) and hopefully see them (Irvine) again and have a better game.”

Matadors could lock up the second seed in the conference with a win tonight. CSUN is tied with UC Davis with 13 points and holds the tiebreaker after defeating the Aggies earlier this season.

The Matadors have won their last two meetings against the Highlanders (7-8-2, 2-3-1),  who have lost their last three games.

Sophomore forward Andrea Morales leads the Highlanders with four goals. Right behind her is senior defender/midfielder Kayde Hensley with three.

Redshirt freshman goalkeeper Sara Slaughter is first in the conference with a .878 save percentage and averages six saves per game.

Matadors senior forward Heidi Farran has seven goals, including two game-winners.  Farran is tied for first in the Big West Conference in game-winning goals and is second in conference goals with four.

Even though Farran is not an official team captain, she has been one of the leaders for CSUN the entire season.

The senior is tied for sixth place with Susie Mischenko for most goals in CSUN history. Farran is also tied for ninth in all-time points with 27.

Joining Farran in the CSUN record books is junior goalkeeper Cynthia Jacobo.  Jacobo is seven wins away from tying Jenny Willemse for most wins in school history. Jacobo is second in career shutouts with 16 and fourth in career saves with 164.

This season, Jacobo has saved 51 shots and recorded four shutouts. Her save percentage, .784, is fourth best in the conference. Three of Jacobo’s shutouts have come against conference opponents, with the most recent coming against Cal State Fullerton last Thursday.

Other notable games that will be played this weekend: UC Davis vs. Long Beach State Friday, UC Davis vs. Cal State Fullerton Sunday afternoon and  UC Riverside vs. UC Irvine the same day.