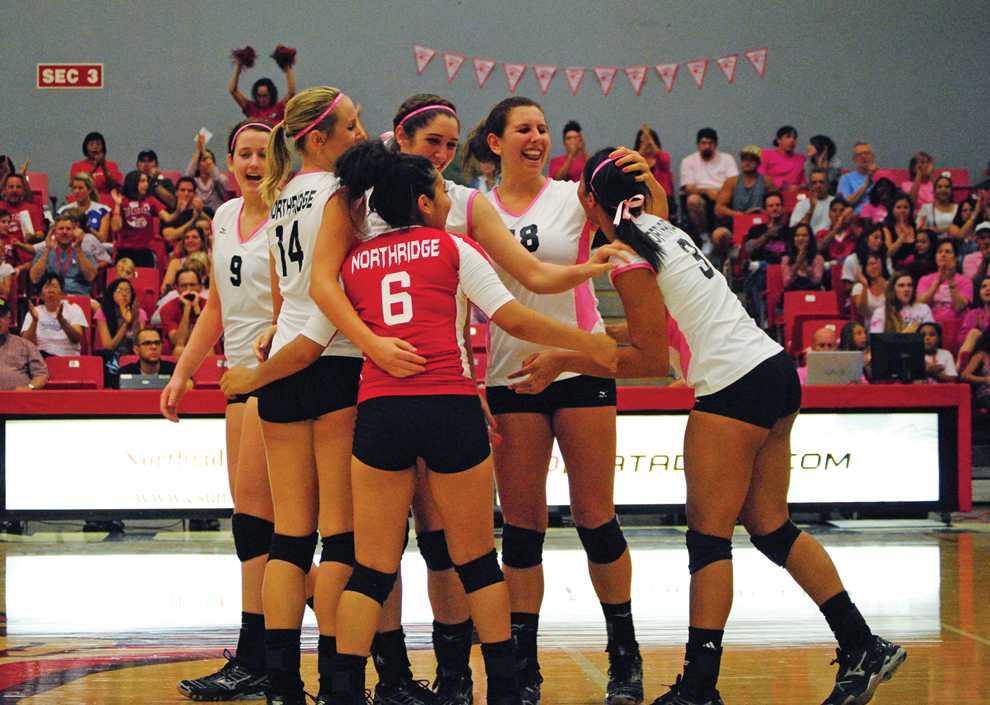 However, even as well as the Matadors are playing, the task of taking down both the defending Big West Conference champion Titans and the current league-leading 49ers is tall. Stork is trying to keep both feet on the ground.

The Titans will be up first for CSUN Friday. The Matadors already defeated Fullerton once this season, 3-0, on Oct. 1 at the Matadome. It was CSUN’s biggest win of the year.

Granted, this year’s Fullerton team is not exactly on the 2010 team’s 26-win pace. After starting conference play with three consecutive wins, the Titans have lost five of their last six games to drop into a tie for sixth place with UC Davis in the Big West standings. But Stork still sees them as a quality team.

“The fact that they’ve gone (1-5) in their last six matches, I don’t think it’s an indication of what happens this weekend for them,” he said. “Like every team in the Big West, at home they’re dangerous. They’re the defending champions.”

If their championship pedigree isn’t enough, they still have some pieces left from their 2010 championship squad; none more important than outside hitter Kayla Neto, the conference’s No. 2 kills-per-set leader at 3.96.

CSUN “contained” Neto the first time around, only allowing nine kills from the junior. This time, the Matadors once again have a strategy ready for Neto and friends.

“We want to focus on tough serving to get them out of system,” CSUN defensive specialist Monica McFarland said, “That will hopefully shut down their hitters.”

The Matadors know that while Titan Gym is a tough site to win at, it’ll give them their best shot at a victory. Long Beach State, the team they face Saturday, is the conference’s best-hitting team percentage-wise and also the best defensive squad. The 49ers’ opposition is hitting a Big West-low .158 for the season.

“We’ve got to establish a strong block and we need to be scrappy on defense and go all out,” McFarland said. “We have nothing to lose. We got to bring our ‘A’ game.”

CSUN needs to keep winning to get out of the middle of the pack in the Big West. There are five other teams that are within half a game of the Matadors while Long Beach State sits comfortably on top.

Two tough places to try to continue their winning streak at, but Stork  is a believer.

“We’ve played well of late and the players understand that and their confidence is building,” he said. “Whatever happens in any set is going to happen. We just have to be good in three of them.”
McFarland seconded that.

“At least a split is our definite goal, but I think we can take both teams and get 2-0,” she said.