‘Delusion’ is a dark, scary indulgence 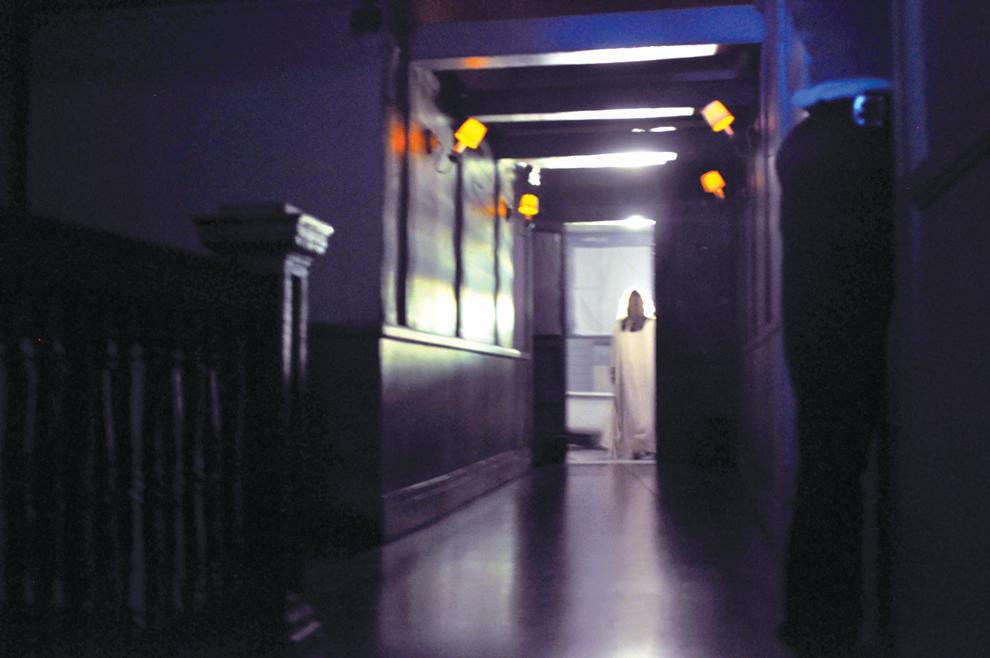 An actor portraying a mental patient stares down the hall at her potential victims during Haunted Play's 'Delusion.' Kristin Hugo / Opinion Editor

An actor portraying a mental patient stares down the hall at her potential victims during Haunted Play's 'Delusion.' Kristin Hugo / Opinion Editor

“Delusion” blends together the storyline of a play and the heart-pumping thrill of a haunted house. The audience is guided through an old mansion (made out to be a mental hospital) where patients with supernatural powers watch, seethe, threaten and even touch you.

The story begins as audience members arrive at an old foreboding house where an insane psychiatrist and his patients live. The doctor has tried new experimental methods of therapies that instead give the patients paranormal powers coupled with their insanity, make for rather hostile hosts. Charles, the doctor’s assistant, has brought you to the house to help stop the creation of the monsters and explains each demented potential aggressor you must pass.

“I think people are digging the idea of something beyond haunted houses,” creator John Braver said.

Braver hopes to do another haunted play next year at a different location.

The construction of the story and the simulated insanity was only upstaged by the special effects.  Spoiler Alert: One of the most tense moments of the evening is when our benign host is unwillingly pulled across the floor by nothing but the alluring voice of a siren (OK, and also a cord attached to his foot). Following this, a tall and freakish patient walks in a stilted fashion towards you before a new helper can bring us to a (temporarily) safe place.

As the audience goes through the house, different actors jump out, brandish stage knives, and even touch and breathe on you. It’s nothing inappropriate, but it helps to instill a greater level of fear.

“Delusion” is possibly the most sinister and subversively terror-filled of the entertainment you can choose from during Halloween in Los Angeles this year. The intensity of the experience is worth the purchase of a discounted ticket for a Halloween buff if you’re local, but not for those with a light wallet or for the faint of heart.