Candidates to replace CSUN’s President Koester will not be revealed 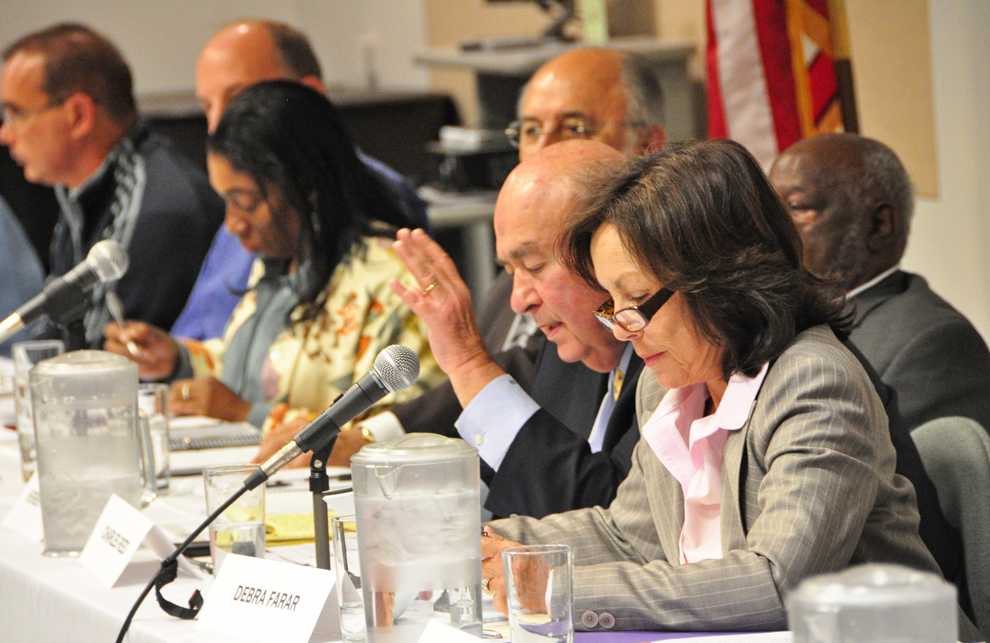 The identities of candidates vying to replace President Jolene Koester will not be revealed, said CSU Chancellor Charles Reed during Thursday’s only open meeting with the selection committee.

Members of the committee were told to honor the confidentiality agreement that keeps candidates unknown to the public, a new practice that began in September.

“Our confidentially agreement is extremely important,” said Debra Farar, a CSU board of trustees member. “If people show up at a closed meeting, the candidate might see this as a breach of the agreement and might reconsider taking the position.”

CSUN student Justin Marks, 23, said he thinks the confidentiality of the selection process is a farce.

“It seems kind of like American Idol,” Marks said. “What’s good for the White House could be good for CSUN, this process needs to be democratized. The budget crisis is directly linked to the education crisis, and our education is under attack.”

There was a heightened presence of campus police at the meeting.

“They didn’t know what to expect as far as protesters go,” said CSU spokeswoman Liz Chapin. “I guess they overprepared.”
The board is efficient at finding out who is qualified to hold the position, Reed said.

“We’ll build the strongest pool of candidates we can,” Reed said. “What we do best is come to a consensus that narrows the candidates to a selection of three or four.”

The applicants are split into four different categories: Lists A, B, C and non-traditional, Reed said.

According to Reed, candidates in List A are people well-known by the board who are experienced and trusted, while people in List B are less-known by the advisory committee but still qualified. People in List C are unknown applicants who are probably unqualified, and non-traditional applicants are highly-educated professionals but without strong backgrounds in education.

Candidates “must have great administrative skills, communication skills and be able to embrace the richness and diversity of our student body,” said committee member Irene Tovar.  “They would also have to be able to make sure the faculty/staff uphold their commitment to students, get alumni involved and be sophisticated about the politics of our time.”

“Students really appreciate it when their president comes out to events,” Flavin said. “We need a president who communicates clearly with students and has a desire to interact with them.”