W-Vball: Despite loss to 49ers, Matadors get split weekend 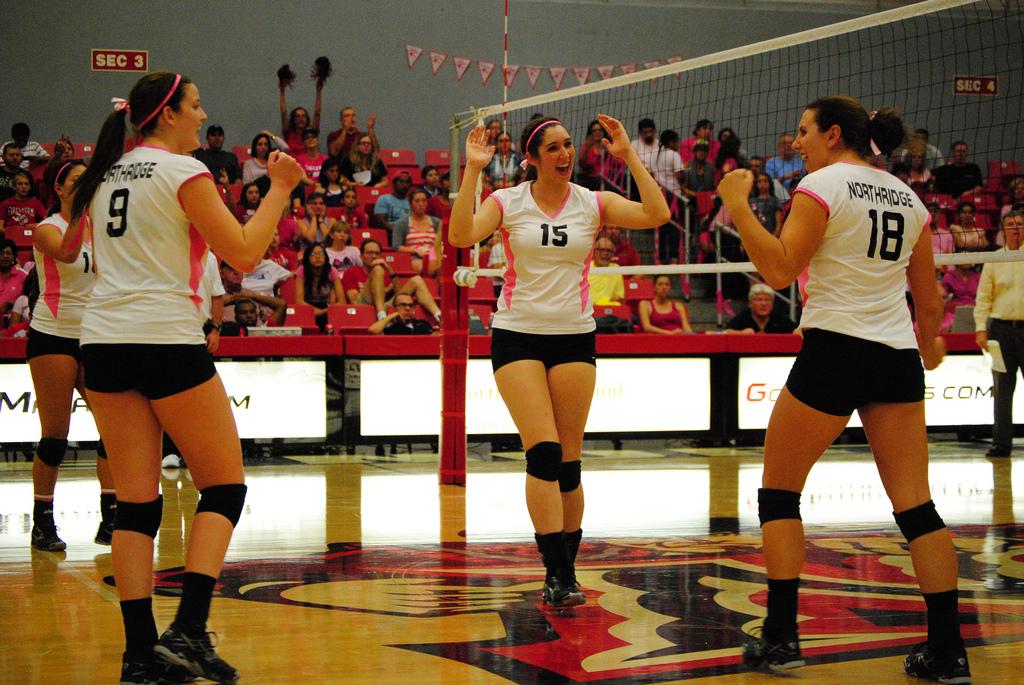 CSUN had a golden opportunity to make its greedy weekend hopes a reality.

Trailing 2-0 to Big West Conference leader Long Beach State Saturday night, the Matadors came out in the third set ready to give the 49ers and their Walter Pyramid fans a run for their money and got off to 10-5 lead.

The advantage, the biggest of the night for the Matadors, gave them belief they could stretch the game and make it a long night for the 49ers.

Heading into perhaps the toughest two-game road stretch of the season, the Matadors (11-11, 5-5) knew they had their work cut out for them, with games at defending Big West champion Fullerton and the 49ers. They still planned to win both games.

While LBSU proved to be too tall a task to overcome this time around, CSUN defeated Fullerton in straight sets Friday night to keep pace in a Big West where it seems like every other team not named Long Beach State is playing for second place.

Matadors and 49ers were tied at 11-11 in the first set before LBSU went on a 12-5 run to take command of the frame and eventually win it 25-18. Freshman middle blocker Alma Serna had three kills to pace the 49ers in the frame.

The second set saw an even more dominant LBSU. The 49ers raced to a 9-3 lead and kept the Matadors at bay throughout. Leading 20-13, LBSU scored five consecutive points to end the frame and take a 2-0 lead into intermission.

CSUN then had its opportunity to make it a game, but fell short as Serna had four kills to up her game total to a game-high 11. Outside hitter Caitlin Ledoux also had four kills in the set and finished the match with nine.

For the Matadors, who hit a Halloween-ish .064 for the game, middle blocker Casey Hinger and outside hitter Mahina Hiana had eight kills apiece.

Despite the loss to LBSU, CSUN comes home satisfied. Prior to the trip, the Matadors had expressed their hopes for “at least a split” from the weekend.

During CSUN’s victory over Fullerton at Titan Gym, the Matadors won the first two sets in tight fashion and then held the Titans off in the third to complete the sweep of the match and the season series. CSUN had also defeated Fullerton Oct. 1 at the Matadome.

Fullerton got 21 of its 37 game-total kills from monster outside hitter Kayla Neto Friday night. CSUN spread its offense more evenly. Haina, Hinger and Natalie Allen combined for 31 of the Matadors’ 44 total kills.

The Matadors’ next two games pit them up against UC Davis and Pacific at the Matadome Friday and Saturday respectively.