M-Soccer: After two straight draws, Matadors in desperate need of a win against UCSB 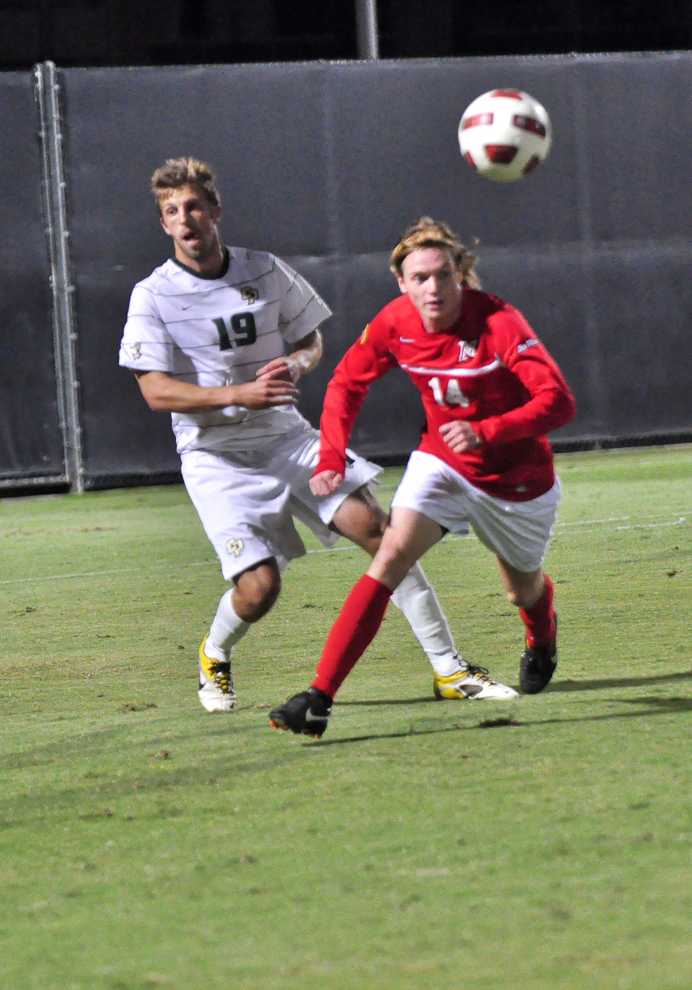 With only two matches left on the schedule, CSUN (7-7-3) finds itself in a critical situation.

With a Big West Conference record of 3-3-2, the Matadors have dropped to fifth place and need a win against UC Santa Barbara (11-5-1, 4-4) tonight at Matador Soccer Field to remain in contention for a spot in the four-team Big West Tournament.

At this point in the season, these remaining matches could either mean a postseason appearance for CSUN, or its last games of the year. A win against the Gauchos would temporarily jump the Matadors to fourth place again, but a loss could jeopardize its playoff chances.

“In the beginning of the season, we looked at every Big West match as a huge game. Now it becomes reality,” defender and co-captain Joe Franco said. “Each game is huge for points because the league is so close. We’re worrying about Santa Barbara because that’s who we have next, and then get three points there and see where that puts us.”

As the season comes to an end and other teams in the conference are making their moves, CSUN head coach Terry Davila said it isn’t the time to panic.

After playing two back-to-back double-overtime matches, fatigue becomes a factor for all the players.

“Right now, we need to freshen our legs, that’s the main thing,” CSUN goalkeeper Michael Abalos said. “We played two overtime games in a row, and our legs are getting a little heavy. We have to be fresh, and I think that’s pretty important.”

A situation that raised eyebrows Saturday night was when midfielder and co-captain Rafael Garcia was brought out of the game a little more than halfway through the first half and didn’t see minutes for the rest of the night.

“I’m not sure what happened,” Franco said. “I think it was his hamstring because he was warming it up, but I’m not sure. I think he got injured though. That’s what happened.”

Tonight’s meeting with UCSB will be the only match between the two teams this year. The Gauchos have won their last two matches, winning against Cal State Fullerton and UC Davis, and have slowly moved up in the Big West standings.

Santa Barbara has won its last three matches against CSUN, with the last meeting being a 4-0 win in Oct. 2010 at Harder Stadium.

Despite only earning two points in the last four Big West matches, Franco remains optimistic of his team’s chances of making it into the Big West Tournament.

“Every team in the Big West is so close,” he said. “There are some more talented teams, but if you come out and want it more, then that team will win. And it shows because of how close our league is with the winning, tying, and losing. If you come out and bring it, hopefully the ball rolls your way and doesn’t hit the crossbar.”