USU to offer peer mentoring programs for LGBTQ and veterans 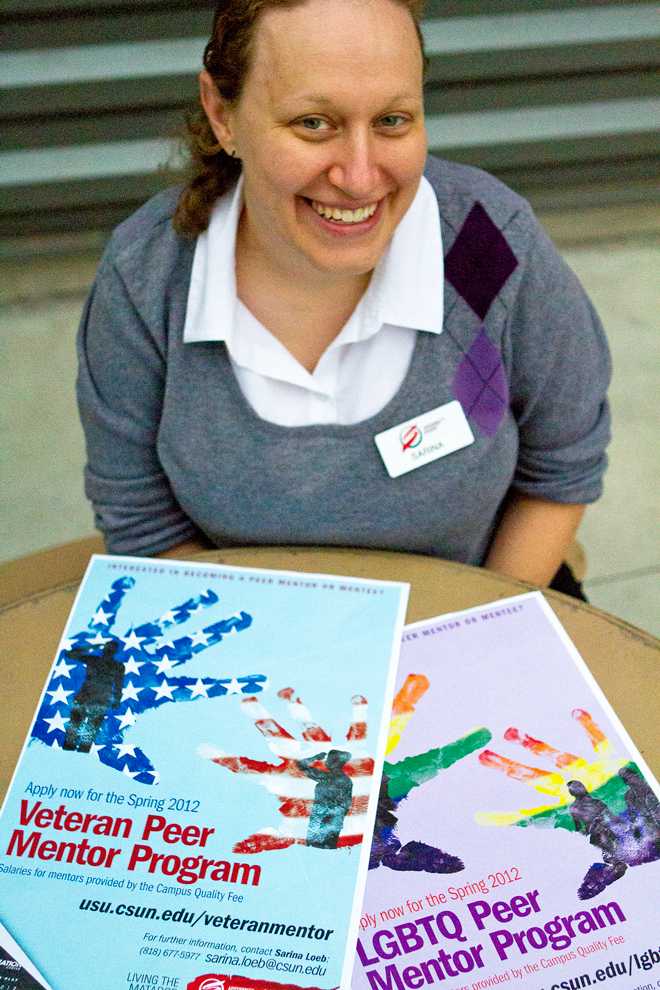 The LGBTQ and Veteran Mentoring programs are new programs, which will begin in Spring 2012, that are designed to help LGBTQ and Veteran by providing peer mentors to help them navigate life as a CSUN student. LGBTQ and Veteran students interested in being mentored can contact Sarina Loeb, Special Assistant for Diversity Initiatives, (818) 677-5977 or sarina.loeb@csun.edu Photo Credit: Kat Russell / Daily Sundial

Loeb said the mentoring programs, which will start in the spring, accepted applications for mentor positions until Oct. 14. Applicants are interviewing for three to four mentor positions, she added.

“I’ve applied for the position,” said Diego Flores, vice president of CSUN’s LGBTA. “I hope I get the job, so we’ll see.”

Flores explained that LGBTA has been waiting for a program like this to help its group give advice to students.

“It allows people who are not able to come to the meetings for LGBTA to still have a place and someone to turn to if they have questions,” he said. “That’s definitely going to be one of the greatest things about this.”

LGBTA President Hugo Valencia, currently serving for the U.S. Army National Guard, said the veteran mentor program will be just as helpful as the LGBT program.

“Having a mentoring program for veterans on campus will be a great resource for service members who are trying to adjust to civilian life,” he said.

Valencia said experiences his fellow service members go through are more challenging than what an average student goes through.

“Many of them are deployed for over a year. They (have) gone to such distant parts of the world and face trials that many of us could never fathom,” he said. “Then, they get back and just don’t know how to fit back into society. Add the stress of enrolling into school and dealing with all the paperwork the military has them do, and life can become very daunting.”

“It’s going in the right direction,” he said. “It’s very important that people get educated (about) the LGBTQ population at CSUN. It’s been something we’ve been (wanting) for a while.”

Okonji said he won’t be participating with the peer-mentoring program as much, but would still like to visit and make sure people are getting the right information.

There are other peer-mentoring groups at CSUN, including the Disability Resource and Educational Services, the peer educators at the Career Center, and the Academic Mentor Program at Residential Life, Loeb said.

Though the programs have not started yet, students anticipate great results.

“I think it will be very successful,” Flores said about the LGBT program. “There’s definitely a bit of a need for this on campus. I’m glad CSUN is one of those campuses that’s going to be having something like this for college students to feel like they are not alone and that they have someone that they can turn to.”