Escaping the wrong path with a passion for activism 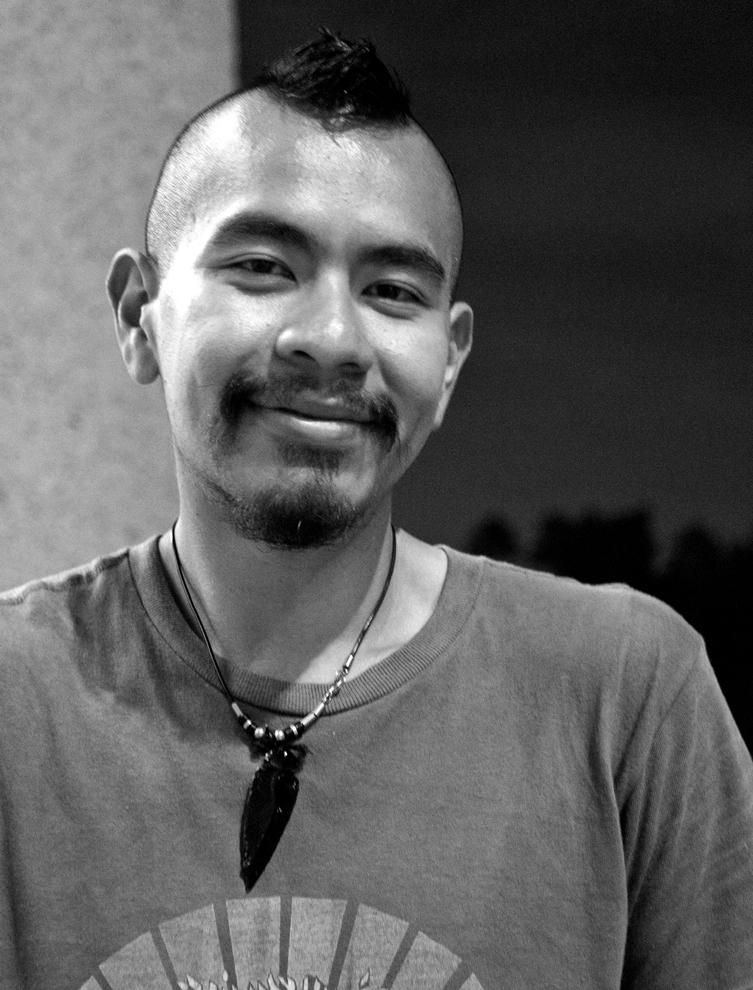 Daniel Santana-Hernandez, 22, grew up with the cards stacked against him, although he probably wouldn’t tell you that.

Santana-Hernandez grew up in Lynwood, Calif., near Los Angeles. At the time, Lynwood was an area that fell prey to multiple rival gangs and an ever-increasing epidemic of violent crimes.

While his older brother and sister got caught up in the gang life, Santana-Hernandez did his best to steer clear of that path, though he admits it was hard as his siblings and childhood friends had succumb to the lifestyle.

Santana-Hernandez was 8 years old when his parents divorced and his father moved away, leaving his mother to raise four kids on her own. She worked from early in the morning until late at night, putting the responsibility of caring for his older siblings on Santana-Hernandez.

He recalls feeling scared as a child, hearing gunshots outside his home at night and knowing that it wasn’t safe outside his front door.

At times his brother and sister would come home with bruises from being jumped and sometimes, Santana-Hernandez himself fell victim to the same fate.

Santana-Hernandez’s unwillingness to be recruited into gangs and his friendships with gang members came to a head when he was 15 years old and found himself having to leave his neighborhood or risk being harmed. His family followed the next year.

Life took a turn for the better when Santana-Hernandez found his passion in activism. In high school he started participating in anti-war rallies, which sparked his desire to become involved in other socially conscious causes.

When he was in high school he began working with MECha (Chicana and Chicano Student Movement of Aztlan), an organization that works to bring awareness to Chicana/o culture and issues in the community.

“Getting involved in organizations was a way for me to escape my home life and all the crazy things going on,” he said. “At the same time I felt like I was contributing to the betterment of my situation and others in similar situations. I wanted to see what needed to change and how things could be changed.”

Santana-Hernandez continued working with MECha after he graduated high school and throughout his career at CSUN.

In addition to MECha, Santana-Hernandez is involved with Students for Quality Education (SQE), a student group at CSUN which organizes against budget cuts and rising tuition fees.

Today, Santana-Hernandez is a senior preparing to graduate in Spring 2012. He is a history and Chicana/o studies major and hopes to become a teacher.

“I want to teach high school students,” he said. “Growing up I felt that we needed more teachers who understand the youth of today. I had teachers who were supportive and tried to understand, but at the same time they still couldn’t connect with us.”

Santana-Hernandez wants to be able to use his experiences to help kids in similar situations.

He said he wants to open a community resource center in Lynwood, where he grew up, so he can be a resource to youth and an example to others that there is always hope no matter where they come from.