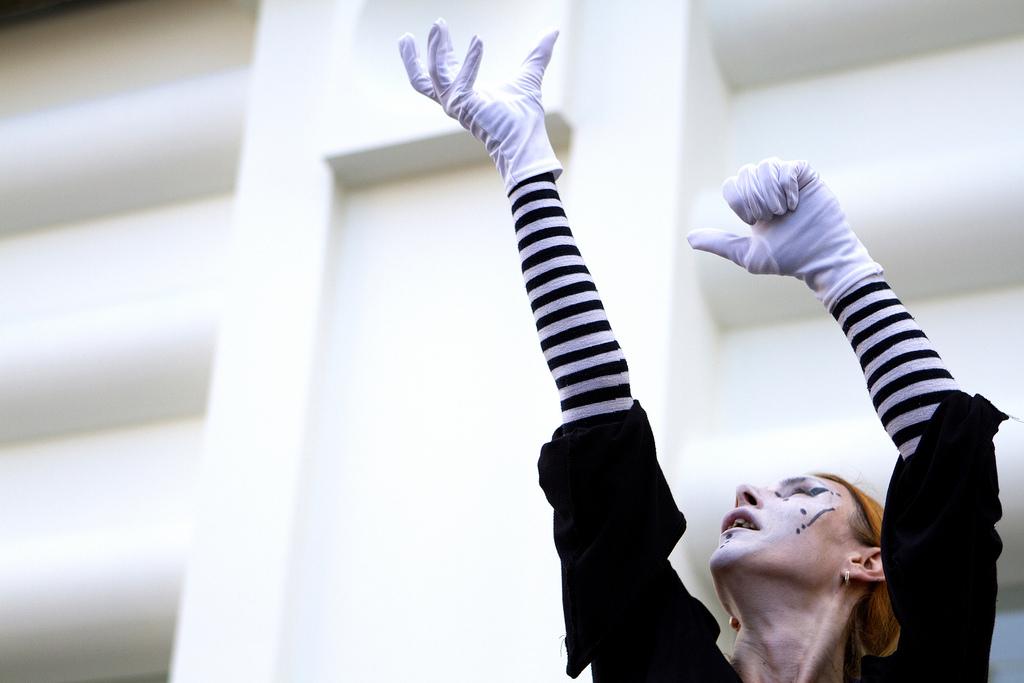 Before I arrived in Istanbul, I had never done any sort of multimedia work. I am a photographer plain and simple. The idea of shooting video has never appealed to me. But as a journalist, being able to write, photograph, and produce multimedia pieces could make me more marketable, so I knew I wanted to try to learn.

The second assignment in my study abroad program was to shoot and produce a multimedia piece. The idea of putting together a multimedia piece for the first time, let alone in a different country where I didn’t speak the language, was intimidating to say the least.

After the difficulty I had faced when trying to get my written profile piece done, I was nervous that I would not be able to find a subject, collect the necessary video and images and meet my deadline.

My original idea was to enlarge my street kid profile into a multimedia piece. I was hoping to gain access to kids, social workers, police, and anyone else who may have expertise or experience in the field.  After about a week of making phone calls, showing up at various offices and sending multiple emails, I realized I was not going to get the access that I needed to do the project I was hoping to do.

Once again, I felt defeated, like I had bitten off more than I could chew. I knew I had to find a subject fast, but I was out of ideas and felt frustrated and lost. Two of my instructors sat me down and gave me a good talking to. I love the fact that neither of them attempted to baby me or hold my hand. Instead they laid it out for me.

I had three options: I could continue with my original idea and risk never gaining the access I would need to get my project done, I could sit around and feel sorry for myself, or I go out into the city and find a new subject. I knew they were right. Again, I was being taught that I needed to be flexible; that things will not always go my way.

So I began to wander the city, with my interpreter, looking for a new subject. I found her on Istikal Cadessi, a major westernized shopping promenade. Her name was Janset Karavin and she was a pantomime who was performing on the street. She was very tall and very thin, with red-orange hair, dressed in an all black costume and wearing white gloves on her hands.

As I stood and watched her perform, I thought to myself, ‘there’s my subject’. I knew I had to talk to her and see if she would be willing to work with me. When she finished performing my interpreter and I approached her, explained to her that I was a journalist, and that I wanted to do a piece about her. She agreed. I was so relieved.

We started immediately. We interviewed that night and again the next day. After each interview, she would perform and I would film and photograph her performances. On the third day, we met at her house and I interviewed her on camera. Later that day, later she performed, and again I filmed and photographed. After four days, I had more than I needed to get this project done and it was time to start editing.

We had been taught to use Final Cut Express in class, and it seemed straightforward enough, until I started using it. I am not a computer genius – I know how to do what I do and that’s about it. This was a whole new beast to wrestle with.

I took it one piece at a time. I laid down the video from the interview and began to translate it, cut it and insert subtitles. Next, I went to my photos, picked the best, edited them and dropped them in. The final task was choosing the video clips and that appeared to be the most daunting task of all. With the help of my multimedia teacher, I got through it. In the end, I finished with a final product that I am incredibly proud of.

The difficulties I faced getting my project done were well worth it in the end. I realized that underneath the struggles there were valuable lessons waiting to be learned. I learned that I never give myself enough credit, that I am far more capable than I often think I am, and most importantly I learned to ask for help and to rely on my teachers to guide me.

I left Istanbul with a new perspective, a new found confidence and a new set of skills. I had come to Istanbul a reporter and a photographer, but I left a multimedia journalist.