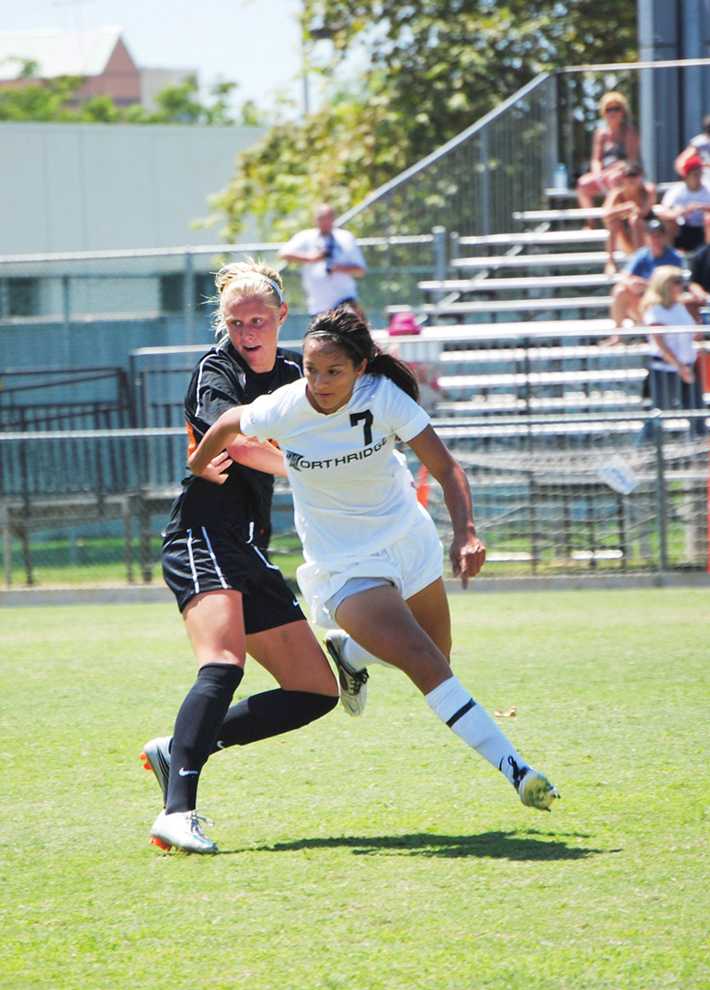 After a season filled with ups and downs, the CSUN women’s soccer team opens its postseason today against Long Beach State in the Big West Conference Tournament at George Allen Field, a place CSUN hasn’t won at since 2004.

The match between the third-seeded Matadors and second-seeded 49ers is a rematch of last season’s conference semifinals. Long Beach State eliminated CSUN, 2-1, at the 49ers’ home field.

In that game, the Matadors were able to contain 49er junior forward Nadia Link to one shot for the game.

“We just went after her,” CSUN head coach Keith West said after the team’s victory on Oct. 14. “We said we were not going to let her take it to us.  We took the game to her a little bit.”

The 1-0 loss for the 49ers was only the third time they were shut out this season.

Link, who leads the Big West Conference with 14 goals and 10 assists, was named Big West Offensive Player of the Week for her performance in the last two games of the season.  The junior had two assists on Friday and two goals and one assist on Sunday.

Helping Link are senior midfielder Shawna Gordon and senior defender Nicole Hubbard. Gordon had seven goals and nine assists on the season and Hubbard had eight goals and three assists for the season.

Long Beach has been a strong team on the defensive side of the field, only allowing 18 goals in 19 games played.  Senior goalkeeper Kaitlyn Gustaves had 55 saves, a .753 save percentage and a conference-leading 0.93 goals-against average for the season.  Gustaves also led the conference with seven shutouts.

For the Matadors, the leader of the defense is goalkeeper Cynthia Jacobo. The junior, who rested in CSUN’s last game, has a 1.44 goals-against average, a .692 save percentage and 54 saves in the 17 regular-season games she played.

On offense, Farran leads the team with seven goals, with three being game-winning scores. Junior forward Melissa Fernandez and sophomore defender Amanda Smith are tied for the team lead in assists with four each. Fernandez is also second on the team with four goals.

Coming into this game, CSUN has lost its last two games against Big West opponents, but won its last game of the season against Cal State Bakersfield.

“We match up great with (Long Beach State),” West said. “It’s going to be a great game.”

If the Matadors pull off the upset, they will play in the championship game on Sunday against the winner of the UC Irvine vs. UC Davis match-up.