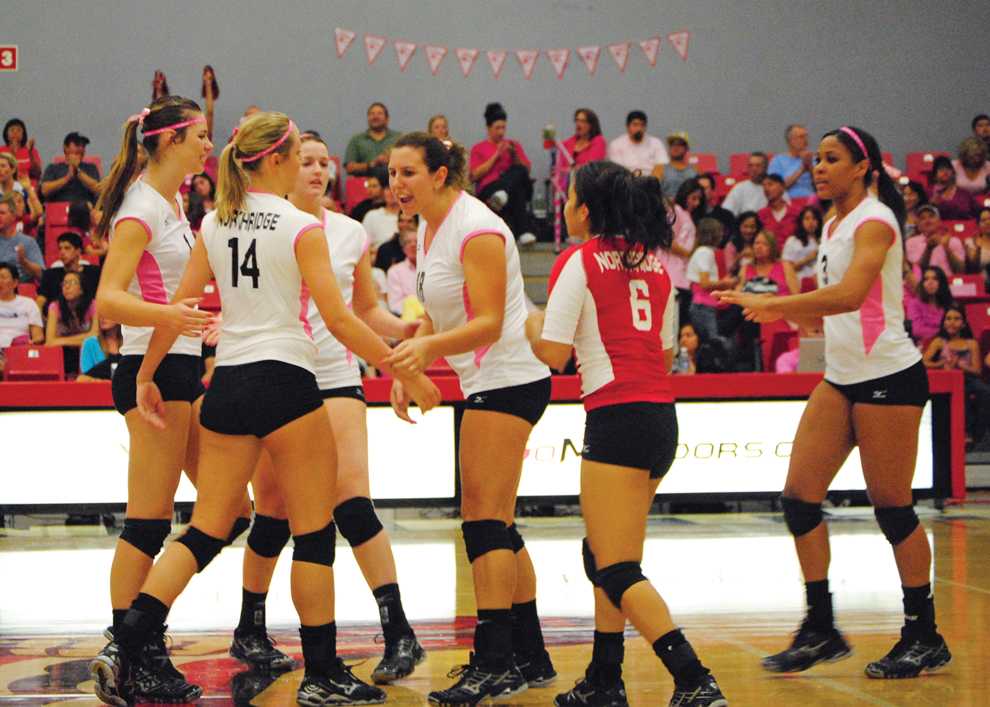 With only six league games left in the season, the Matadors are part of a clump of teams fighting behind Long Beach State to earn a bid in the NCAA Tournament.

Long Beach State’s 3.5-game lead over its closest pursuers (Pacific, UC Davis and UC Santa Barbara) has it in great position to win the conference and earn a direct way to the postseason, but CSUN (11-11, 5-5) hasn’t lost all hope in catching it just yet.

“We are playing UC Davis and Pacific (this weekend),” Hinger said. “So we’ll focus on them. Then we beat them, and hopefully, Long Beach loses a couple and we’re right there with them.”

The 49ers play three of their last four remaining conference games away from home, so it’s not completely inconceivable that the Matadors could reach them. CSUN needs to do its part first, however, and take care of the Aggies and Tigers at home Friday and Saturday respectively.

Both UC Davis and Pacific have already defeated the Matadors once before this season. They did it as the home teams. This time, the matches are in Northridge and Hinger feels the new location gives her team a true edge.

“We didn’t have the outcome we wanted to the first time around, but I felt really confident we could have beat them,” she said. “And I feel real confident now that we’re going to beat them as they come to Northridge.”

The Aggies, who are led by outside hitter Allison Whitson’s 3.63 kills per set, started the season 16-1, but since have only gone 4-5, a stretch that has put them in the 49er-chasing pack along with the Matadors. However, UC Davis is coming off consecutive wins against Cal Poly and UC Santa Barbara last weekend.

The Matadors were swept by the Aggies Oct. 8 at Davis. CSUN had opportunities in tight sets to get the win, but Davis outdueled them each time.

Whether it’s dominating or grinding out games, the Matadors can’t afford many more losses. Should they fail to catch the 49ers for the top spot in the conference, their only hope to make the postseason would be an at-large bid.

CSUN would likely have to win out to have a realistic shot at that. And even then, head coach Jeff Stork isn’t convinced it would be enough.

“I’m not sure what any kind of selection committee is going to do with (the Big West),” he said. “Obviously, the conference champion automatically goes, but no one else is promised anything.”

The Matadors don’t lose anything with trying. With four of those six must-wins being played at the Matadome, they’re confident.

“Are we going to be a clutch team or what?” Hinger said. “You either shine or you fall, and we’re going to shine.”