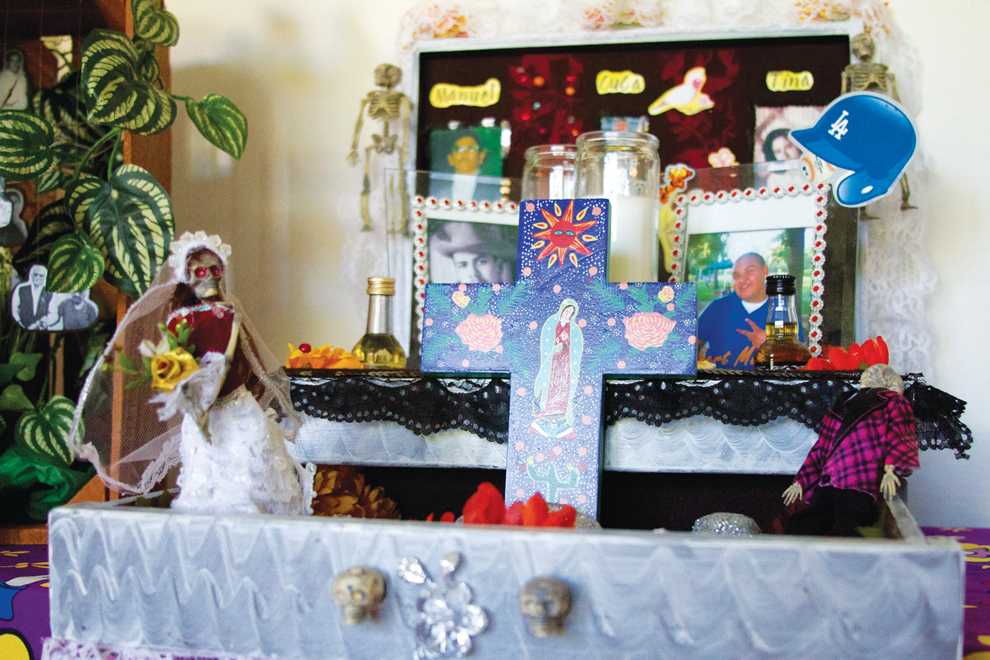 Dia de los Muertos is a holiday dedicated to celebrating the lives of people who have died and provides an opportunity for loved ones to remember and celebrate their lives, said Brian Cortez, art gallery coordinator for the event.

Eighteen artists will be displaying their Dia de los Muertos inspired art at the Los Muertos Art Gallery at the CSUN Chicano House.

“It’s going to be pretty amazing to see all the artwork that we’re going to be putting up,” said Cortez. “We have people from different backgrounds putting their artistic ideas behind what the actual holiday means to them.”

In addition to the Los Muertos Art Gallery, there will be a medley of 14 musical performances, including dance, drum, band, and traditional music.

A key exhibition during the event is the altares, the Spanish word for altars that are created as gifts for the dead, Cortez said.

“They (the altars) may include photos, food and other things that represent the personality of past loved ones,” he added.

This traditional holiday dates back to the height of the Aztec civilization, Cortez said.

“Over the years, it has become a more contemporary celebration, but is a very powerful and important aspect of Mexican and Meso-American culture,” Cortez said.

This event will take place at the Chicana/o House located in front of the art building on Plummer Street and will end at midnight.