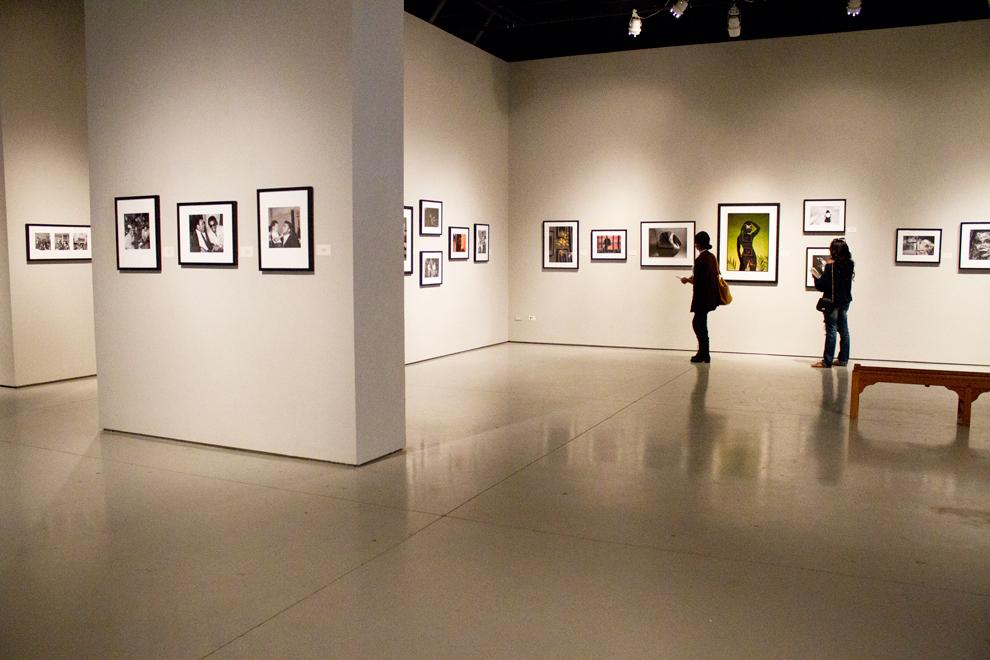 Images of tragedy, celebration, Hollywood life and urban culture line the walls of the CSUN Art Galleries in an exhibition detailing the artistic growth and development of African-American identity in postwar Los Angeles.

Available for viewing until Dec. 10, the “Identity and Affirmation: Post War African-American Photography” exhibition features about 125 images produced by a dozen photographers during the postwar years of 1945-1980, said Jim Sweeters, director at the CSUN Art Galleries.

Pulled from about 850,000 images from the archives of the CSUN Institute for Arts & Media – curated by professor Kent Kirkton – this collection embraces and depicts the vibrant development of the arts, music, politics and social life in the African-American community and greater Los Angeles area.

An additional 350 images are displayed via projection in the exhibition, which is part of Pacific Standard Time, an initiative of the Getty and a unique collaboration of more than 60 cultural institutions across Southern California that have come together to celebrate the birth of the L.A. art scene.
Visitors can expect a wide range of information detailing the lives and culture of black communities during the postwar eras, Sweeters said.

“From churches to jazz musicians to visiting politicians, these images are documentations of the community,” he said.

Featured photographer Harry Adams captures the innocence of some of the younger members in the community in a piece titled “Elementary school playground,” taken in 1958. The photograph depicts seven South L.A. schoolboys, all of different ethnicities smiling with their arms wrapped around one another.
“It’s enlightening to see multicultural children together in an era leading up to the Civil Rights movement,” said Jonathan Couey, 22, mechanical engineering major. “It’s as if they were blind to racism at this time, and there’s a nice feeling of community.”

Many images also evoke a sense of awe.

In several photos taken by Adams in 1963, thousands of people are seen listening to Dr. Martin Luther King, Jr. and other speakers in the largest Civil Rights rally ever held in Los Angeles. According to the exhibition, roughly 40,000 people attended in support of the movement.

Photographs of historic figures in music and sports are also present in the exhibition. The Jackson 5, Billie Holiday, Miles Davis, Louie Armstrong and Nat King Cole are among the many legendary musical talents to be captured by the featured photographers.

A young Muhammad Ali can be seen in many photographs that depict his time both in and out of the boxing ring. One image shows a sympathetic Ali interacting with a small child.

“What I love about these images is the surprising softness you feel during a period that was filled with hate and discrimination,” said visitor Alice Campos, 64.

“As an African-American woman, these photographs instill a sense of pride in me,” said Campos. “I grew up during this era and I love how these images accurately convey the culture I am so familiar with.”