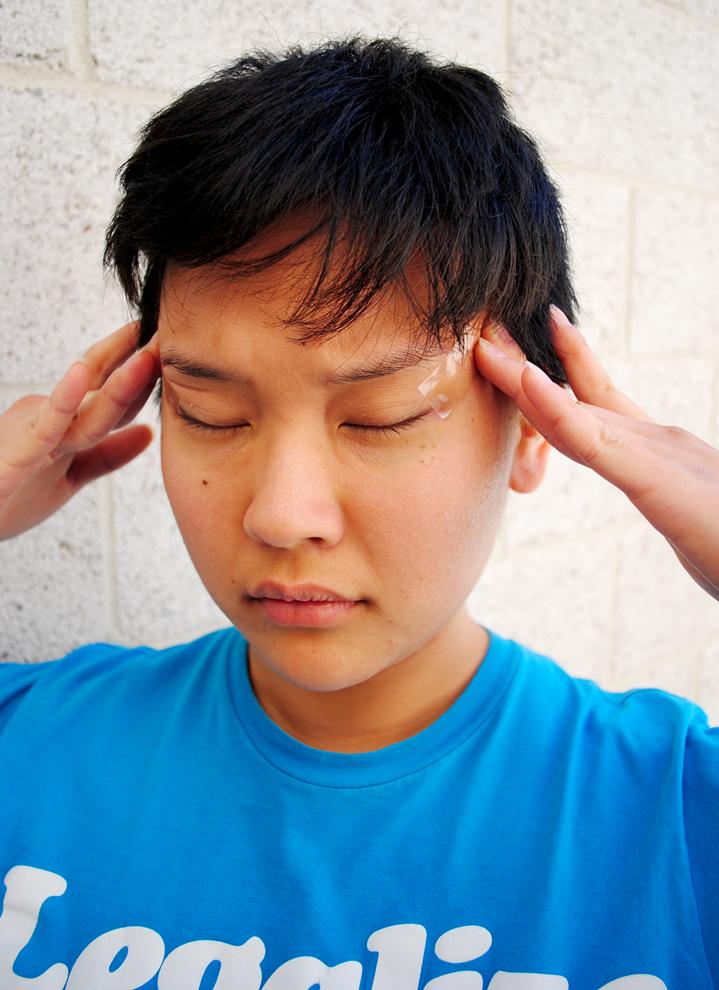 I grew up feeling more or less ugly. Like many girls, I stood in front of the mirror obsessing over all of my imperfections, wishing everything were different.

I wanted to be taller, thinner and have whiter teeth. But most of all, I wanted to become something that was incredibly impossible — a pretty little white girl.

I dreamed of milky white skin, pale blue eyes and platinum blonde or brunette hair. I wanted a name like Mary-Kate Olsen, Britney Spears or Jessica Simpson, not such a foreign name like my own. I wanted to be that popular cheerleader in all of those high school movies or the unpopular girl who goes through a stupid makeover and becomes the most popular girl in the end.

I wanted to be Cinderella, Sleeping Beauty or Snow White, or at the very least, Baby Spice.

But one day, while I was hating myself in the mirror and trying to put my hair up in the latest J-14 style, I looked again and suddenly, I saw my Asian-ness.

I was floored. What did that mean for me? I couldn’t think of any people or faces on television to start comparing myself to, except for Mulan or Lucy Liu and a bunch of submissive, unnamed Asian women with foreign accents who worked in a restaurant or nail salon. I did not know of any popular Korean entertainers in mainstream media, so I didn’t even want to be Korean, if Korean didn’t really exist here.

My only role models were straight-A students who got into top-notch colleges, but I hated school and could barely manage Cs. I felt the pressure to be competitively perfect for the Korean community and to be a quiet “whiz kid” from American media. When I almost failed math and science in the beginning of sixth grade, I felt like I was failing my Asian self.

I still wanted to be a pretty little white girl more than anything, but for a very short time in the seventh grade, I took a crack at being a real Asian.

I hung out with the Korean kids and tried to become familiar with Korean pop culture, language and style. I even put up my hair with a pair of chopsticks because I saw an Asian woman do it in a movie.

I tried my best to do well in class, but I was nowhere near the grade point average many of the other Asian girls slaved over to attain. Ironically, it was with these girls where I learned how to make my Asian eyes look bigger by faking an epicanthic fold. I hated my flat, uncreased eyelids, and so did all the other Korean girls, but I didn’t know there was a solution other than plastic eyelid surgery.

The trick was to stick a special kind of clear tape shaped like a crescent moon on the bottom of the eyelid, forcing that epicanthic fold to appear when I opened my eyes. To mask this tape, I put on eyeliner and heavy makeup.

I felt closer to beautiful, but it was a pain in the eye. On very hot days, the adhesive on the tape would melt into my eyes and the tape would start falling off my lids, making me look ridiculous. I had to spend extra time every morning to make sure the tape looked natural. When I ran out these eyelid enforcers, I resorted to cutting out the same shape from transparent tape.

Despite this hard work and my sticky situation, I couldn’t fit the stereotype no matter how desperately I tried. It made sense to me to do martial arts because my father is a ninth-degree Taekwondo master, but I didn’t feel like I could truly be Asian in any other way.

Sometime during middle school, I decided that I did not want to be Asian, and definitely not Korean. I distanced myself from other Korean people and I refused to speak the language. I was apathetic and disengaged from my school work because I found no context to find my identity in history or literature, and I absolutely hated math and science.

I became the anti-Asian. I was full of self-loathing, confusion and misplaced anger, but not only because I was a moody teenager. I tried to stuff the hole in my identity by rebelling against a stereotype I originally tried to force myself to become. In this process I lost fluency in the Korean language and felt genuinely stupid during those years.

I entered high school feeling the same way about “setting myself apart” from other Asian people. I wanted to erase my ethnic struggle into a blank white slate. But I could never escape my face, my stinky food or the familiar but suffocating oppression.

I tried to create self-acceptance by rationalizing the internalized racism I inflicted onto myself through clothes, hair styles and the people I associated myself with. I felt numb, depressed and fragmented, but I felt there was no possibility of any continuity between the “whiz kid,” the anti-Asian and the wannabe white girl inside.

I can’t believe I found a way out of my world of broken mirrors. I am fortunate to have attended a high school that had a program that encouraged me to challenge social constructions of race, gender and class.

I finally learned that Asian Americans had a part in American history and were not just people who appeared during the 20th century to do dry cleaning. I learned that the pressure felt from both European-American and Asian-American cultures to be perfect came from a nonsense idea called the “model minority myth.”

A deconstruction of this stereotype revealed a carefully constructed expectation on all minorities to live up to the “Asian” standard of individual success, to create more interracial violence and hostility and to silence any other kind of Asian-American voices.

I continued this process of self-actualization through college. I’ve declared an Asian American Studies double major to continue my enlightenment. I’ve met mentors to help me to explore and build my identity apart from these stereotypes. I have created an identity apart from stereotypes and unreal expectations.