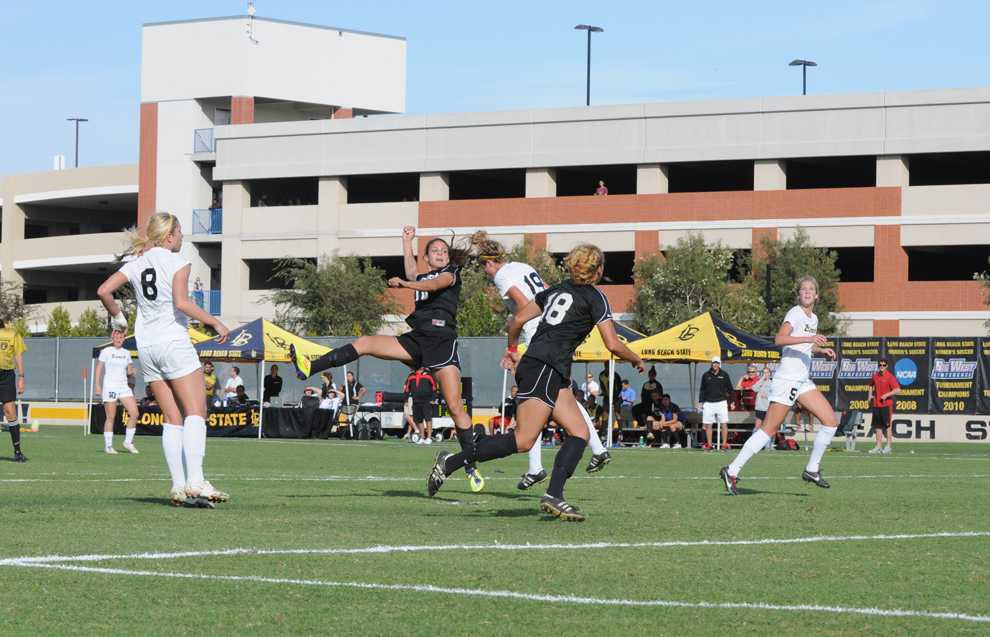 The Matadors had their season come to an end last year after being eliminated by Long Beach State in the Big West Conference Tournament. This season, Northridge was hoping that history didn’t repeat itself.

Unfortunately for CSUN it was bounced out of postseason play for the second consecutive year by Long Beach State with a 2-0 loss on Thursday in the Big West semifinals at George Allen Field.

After playing a solid first half and keeping pace with Long Beach, CSUN came out in the second half lackadaisical. The Matadors did not look like the same team that took the pitch in the first period.

“I thought our first half was really good,” CSUN head coach Keith West said. “We played really well. I don’t think we were ready to start the second half.”

The 49ers dominated possession of the ball and were being very physical with the Matadors.

CSUN, on the other hand, had difficulties getting the ball out of the defensive side of the field and did not respond well to the physical play.

“We had our opportunities and they had theirs,” said sophomore defender Chloe McDaniel. “They just came out with them today.”

Junior forward Nadia Link put Long Beach ahead in the 54th minute with her 15th goal of the season. Link, who leads the Big West in goals, received a pass from senior forward Nicole Sweetman from the left side of the field and Link just one-touched the ball into the net.

After the goal, the Matadors energy all but diminished. Players had their heads down and were nonchalant when controlling the ball.

The 49ers did not let up and continued to attack CSUN. In the 73rd minute Sweetman extended the LBSU lead to 2-0. The senior’s shot deflected off a defender and went into the lower left corner of the net.

The Matadors tried to make a push with less than 10 minutes remaining. In that span they had two corner kicks and a couple of shots that went just wide of the net.

“In the second half I think we thought we had them,” senior midfielder Alexis Barbara said. “We just let a couple things go. We didn’t bring it.”

In the first half, it looked as if the Matadors did have the 49ers’ number. The defense swarmed the ball and was physical with the talented Long Beach forwards. CSUN also sent three players to guard Link every time she touched the ball.

The Northridge offense put pressure on the 49er defense by making its way into the offensive side with long passes and with long runs.

“We dominated the first 10, 15 minutes (of the first half),” McDaniel said.  “We were definitely playing our game.  We made some little mistakes but I thought we played really well.”

Many players were emotional after the loss, especially the four seniors who played their last game in a Matador uniform.