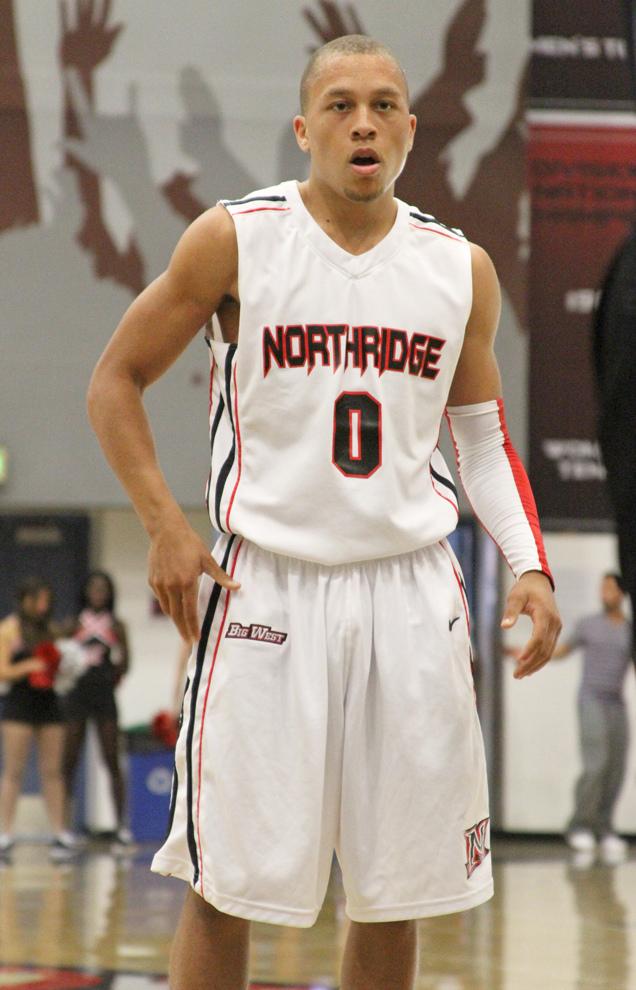 CSUN guard Josh Greene was the designated sixth man during the Matadors’ Saturday afternoon exhibition game against Cal Baptist, making his anxious return to the courts just a bit longer than he was hoping for.

He finally went in five minutes into the game. Two minutes later, he took his first shot, a 3-pointer.

“Been waiting for this moment all week,” Greene said afterwards.

The trey was the first of four for the sophomore in the midst of an 86-51 pounding of the Lancers at the Matadome. Greene led all scorers with 18 points. Eleven of those came in a first half where CSUN punished Cal Baptist badly enough to make the second period an afterthought.

“The credit goes to my teammates,” Greene said. “They found me when I was open. I just take the shots and have confidence every time I shoot it.”

As a team, the Matadors didn’t shoot the ball particularly well, only making 40 percent of their shots. They found their winning formula with something that’s been their bread and butter for years under head coach Bobby Braswell’s tenure: defense.

CSUN forced the Lancers into shooting an atrocious 29 percent from the field and 19 turnovers for the game. The Matadors got 30 points off the throwaways.

“That’s how we start to get our offense rolling, starting confident with the defense first,” said CSUN guard Aqeel Quinn, who scored 15 points.

The Matadors built their advantage with a 22-5 run midway through the first half. Greene had half of the points during the frame as CSUN went up 33-12 with 8:03 left in the half.

CSUN had as many field goals made as Cal Baptist had field goal attempts (19) in the first half.

Two additions to this season’s playing roster made their presence felt against the Lancers. Redshirt freshman Stephan Hicks scored all of his 11 points in the first half before sitting out most of the second with an apparent ankle twist. True freshman guard Allan Guei had 13 points, dazzling the crowd of 633 with quick, strong moves to the basket.

Forward John Hayward-Mayhew had 10 points and eight rebounds and fellow forward Thomas Jacobs scored eight and grabbed eight rebounds for the Matadors, who held their biggest lead at 77-41 with 7:02 left in the game.

Cal Baptist was led by center Luke Evans with 14 points and 11 rebounds. The Lancers were outrebounded 51-37.

While the Matadors beat up on the Division II Lancers, they know the competition will only get tougher from now on. Their season-opening rival will be USC Friday at the Galen Center.

“I’m real confident,” said Greene on the prospect of CSUN going into the Galen Center and coming out with a win. “I didn’t want to make any promises or anything because I wasn’t sure how we were going to play today, but I feel like everyone is focused, everybody is on track and hungry.