Surveillance cameras are a necessary tool for campus safety 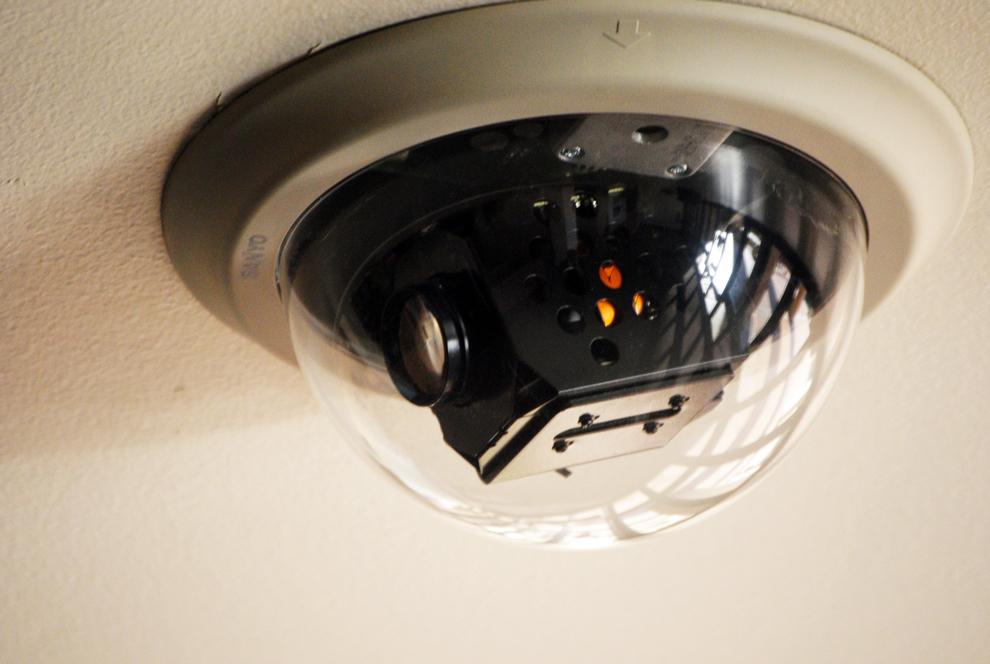 One of the security cameras in the Oviatt library lobby. Photo Credit: Andres Aguila / Daily Sundial

urveillance cameras spread across campus may have cut down the time and resources spent searching for the suspected gunman at the Oviatt Library last month.  Although there are security cameras in the Oviatt structure, the remaining university buildings aren’t monitored, which allowed the suspect to walk away, seemingly unnoticed.

“Cameras may reduce the likelihood of crime,” said Ellis Godard, a professor of sociology.  “It’s a construct where people do feel safer when cameras are up.  People behave themselves.  They’re alerting people to what they do.”

Security cameras track people.  They document the paths of potentially thousands of people every day.  The cameras offer some peace of mind knowing if someone is going to commit a crime, they’ll be caught on tape.

So long as there are signs indicating an area is being observed by security cameras, regardless if the cameras are even functioning, Godard said anytime people are made to think they’re being watched they’re less likely to do anything unlawful in public.

If this is the case, how did surveillance cameras miss the suspected gunman?

“It was kind of slow in this case,” Godard said.

Ultimately, the only image of the Oviatt suspect was captured by a student, which was then distributed through multiple social media outlets as well as the campus police department.  However, had there been surveillance cameras in the buildings surrounding the Oviatt, it is highly likely he would have been spotted faster.

“We could have other kinds of surveillance, like more police,” said Godard.  In the case of the suspected gunman, we could rely more on civilians reporting incidents he said.

In other cases, despite surveillance cameras capturing criminal activity or a person in danger, for example, the recent example of the baby in China being run over by two vehicles, no one seems to pay attention.

Godard said in these situations, if there’s not someone who’s tasked to do something, people don’t act.

Opposition to more surveillance cameras across campus may argue the cameras are an invasion of privacy.  Instead of attending a university, they are attending a prison, where every move you make is watched by “Big Brother.”

“There’s a trade-off in both,” said Godard.  “It would be harder to get away with crime or any form of deviance but there’s no right to privacy in a public area.”

We’re living in an age of a massive technological revolution where nearly our entire lives are digitized.

According to Facebook the social media giant has over 800 million active users—consumers that upload over 250 million photos per day.

Considering the fact that many of those photos are shot in public places, chances are you might be in the background of someone else’s photo.  If that photo is uploaded to the web via social media like Facebook or Flickr, could you still consider the argument invasion of privacy?

While security cameras won’t be able to stop an incident like a hit-and-run, having them on campus would definitely make a criminal think twice before they pull a weapon on an unsuspecting student or faculty member, vandalize school property, or steal someone else’s belongings; in the very least, having a suspect caught on tape will aid in prosecution if they decide to ignore the warning that they are being watched.  Privacy in a public place, in that case, would be a small price to pay for such protection.