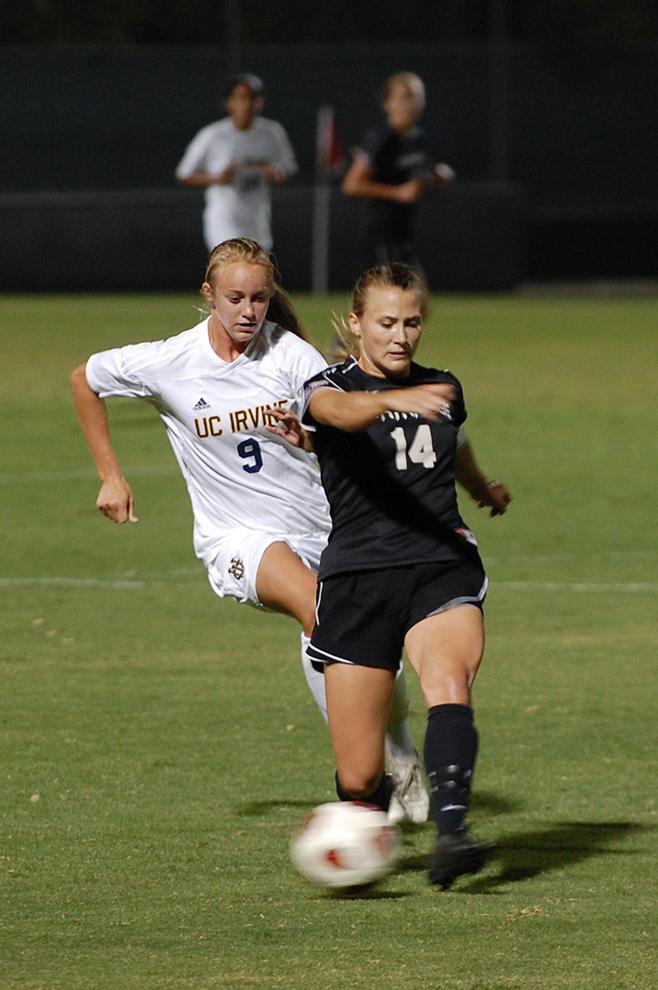 After a heartbreaking loss Thursday to Long Beach State in the Big West Conference Tournament semifinals to end the year, the Matadors chose to look at 2011 as a stepping stone for future seasons.

“Our year went really well,” CSUN defender Chloe McDaniel said. “We played a bunch of tough teams so it’s hard coming away with a lot of losses, but I’m not ashamed of any of it.”

CSUN got off to a slow start to begin the season, losing its first four games before finally beating Princeton on Sept. 4. The Matadors only won two of their first 10 games, but they never gave up.

“I got to give them (players) tons of credit,” CSUN head coach Keith West said. “We were 2-6-2 and we could have caved and we didn’t. I can’t complain about how we came back and fought.”

The turning point of the season came following a loss to Cal Poly on Oct. 7. After that game, CSUN started playing better as a team and it showed on the field. The Matadors won three consecutive games to place themselves at the top to the Big West standings.

During the winning streak, the Matadors had their two biggest wins of the season as they defeated UC Santa Barbara for the first time in four years on Oct. 9 and then Long Beach State on Oct. 14.

“Going 2-6-2 and coming back in conference and going 4-1-1, that’s pretty impressive to me,” West said. “If I complain about this team, then I got to take a better look at myself.”

Before the season began, the Matadors were predicted to finish in third place in the Big West Conference by the coaches’ poll, and that is exactly where the team finished. CSUN had a chance to finish in first, but lost its last two conference games to end the season.

The losses dropped CSUN into a tie with UC Davis for third place, but since the Matadors held the head-to-head tiebreaker, they earned the third seed, getting matched up with the 49ers in the semis for a second consecutive year.

The result was no different this time around as Long Beach State sent CSUN home again with a 2-0 win.

“We’ve played hard teams and we’ve had games where we just had to find our way,” senior midfielder Alexis Barbara said. “We’ve leaned a lot from it, even the girls who had great past seasons. A lot of girls have learned a lot from this season.”

One of the players who learned a lot this season was junior Cynthia Jacobo. The goalkeeper, who had a career year, was named Big West Conference Defensive Player of the Week twice and made her way up in the CSUN record books. Jacobo is second in school history in wins and shutouts. She’s also fourth in saves.

Also having a career year was senior forward Heidi Farran. In her last season with the Matadors, Farran led the team with seven goals and 16 points. The Long Beach native is tied for sixth in CSUN history in goals and tied for ninth in points.

“I challenged the girls this year,” West said.  “I put them through a great test this year and I thought we rose to the occasion at some of those times.”

CSUN will be without the services of five graduating seniors next year: Farran, Barbara, Brielle Slepicoff, Katie Coulas and Nicole Padilla. Even without them, the Matadors have high expectations going into 2012.

“I’m hoping we play a harder schedule next year,” said McDaniel, one of the team captains. “Because it only makes us better and stronger.”